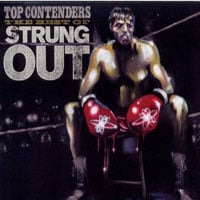 What can one say about a greatest hits album by one of the premier punk rock bands in the business today that hasn’t already been said? That it sucks! Nah, just kidding!

Strung Out has always been the kind of band that was in your face, relentless and unyielding. Their songs were usually viewed as the prototypical punk rock song; fast-paced three chords, straightforward drumming, raspy vocals. On the surface one could understand how some people could view them as just another punk band. Strung Out has always been so much more whether it’s their strict DIY ethic, their melodic masterpieces, their thought-provoking lyrics or just their extremely excellent live shows. “Top Contenders” is a greatest hits that is long overdue.

For someone not so familiar with Strung Out, “Top Contenders” is an obvious starting point anyone that wants to hear some of the best punk songs on the market. Not only are all of the songs fully remastered but also “City Lights”, “Saturday Night” and “Here We Are” are brand new studio tracks never before released.

When you look at this retrospective album, what songs really stand out? Of course there is “Cemetery” and “Bring Out Your Dead” but I have always been a fan of Strung Out letting their metal influences shine as well as some of their more melodic tunes. Sorry, their “Bark At The Moon” cover is not included. Tracks like “Swan Dive”, “Exhumation Of Virginia Madison” and “Matchbook” definitely stand out for me. The three new tracks included are also classic Strung Out songs and are a welcome addition.

If there were one negative about “Top Contenders”, the only thing that I could point out is that there may be overkill with the addition of so many songs. Too many songs sounds like a stupid gripe but 26 songs are a shitload of songs. Strung Out do have a lot of great songs but I think that if five or six songs were trimmed off of the final list, it would have left a lot to still be discovered for those unfamiliar with the band.

“Top Contenders” is an awesome retrospective for one of the most influential and consistent punk rock bands today. This career spanning release should not only sate the appetite of someone looking for an easy in into Strung Out’s sonic library but, with the release of three new studio tracks and without the inclusion of live song fillers, is also a great addition to any current fan of the bands’ collection. Head over to Fat Wreck Chord’s site and order away! 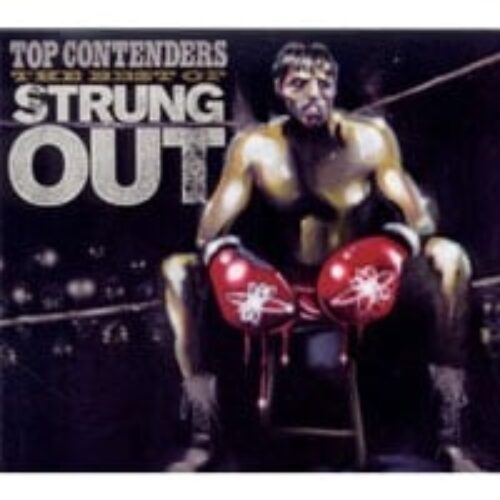 Between The Buried and Me “Best Of” album to be released