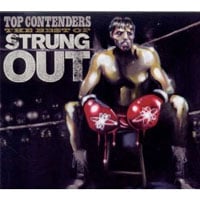 20 years has gone by and you know what that means, a retrospective best of album. This is exactly what I need to get into Strung Out! Year after year, I claim I’m going to start listening to Strung Out yet I never do or rarely do. I needed a best of/greatest hits album and this has finally arrived! Fat Wreck Chords has remixed/remastered all 26 tracks. Plus, they have added 3 brand new studio tracks as well!

Strung Out are pioneers of the melodic punk rock/hardcore sound and amongst the best in the genre. Clearly if they sucked, they wouldn’t be around right now duh. They have quite the dedicated following too, which you can see in the insert where they show a shitload of photos of people with their Strung Out logo tattoos. I wonder what the fans would do if the band turned into crap? Get a tattoo over the logo? Make it a tombstone of when the band sounded good? I guess they don’t have to worry about that though.

I really couldn’t tell which songs should be here considering I’m still a new fan. I’m sure if you ask hardcore fans they would tell you all these other songs to put on the compilation instead but these tracks were painfully picked out by the band. Yes, painfully, people got shot and stabbed but that’s another story for another time. I’m not sure if this is worth buying if you already own all these albums but it’s a nice comp with a lot of the best songs in the Strung Out collection. I think I’ll finally rip this album and put on my iPod so I can get into Strung Out’s music.

Bottom Line: For Strung Out newbies like myself and the diehard fans
Notable Tracks: Mind of my Own, City Lights, Mission Statement,
Overall Rating: 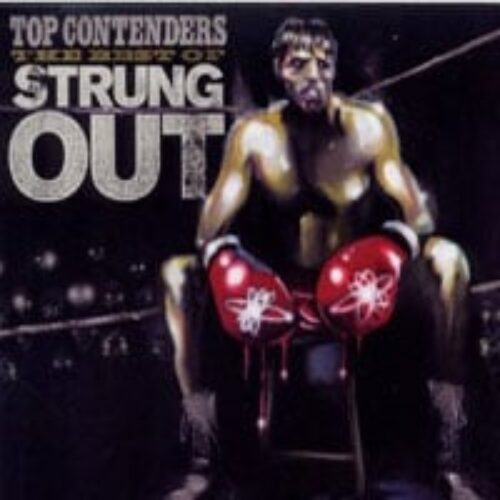 Strung Out – “Top Contenders: The Best of Strung Out”

Between The Buried and Me “Best Of” album to be released