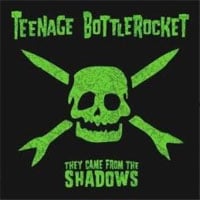 “They Came From the Shadows” is Teenage Bottlerocket’s awesome debut album on Fat Wreck Chords. It was only a matter of time before this band made their way to Fat. Poppy punk rock that’s catchy as hell. I couldn’t think of a better fit for Fat Wreck Chords than these guys.

For those who don’t know, Teenage Bottlerocket consists of twin brothers Ray and Brandon Carlisle of Homeless Wonders, Miguel Chen, and Kody Templeman of the The Lillingtons. They are from Laramie, Wyoming which makes me think, they must have been really good to get noticed all the way out there. This is the band’s 4th studio album and the albums just keep getting better and better. Both Ray and Kody handle singing duties but I think I prefer Ray’s vocals. It’s very distinctive, and when I hear it, I just know its Teenage Bottlerocket. The beginning of the album starts off great, the middle is okay but the ending is awesome. I think I liked a lot of those tracks towards the end. Musically, nothing has really changed since the last album. If it isn’t broken, don’t fix it. The album is very similar with “Warning Device,” the same quality of songs, and over before you know it.

I’ve been a fan of the band since “Total” came out. Their previous release on Red Scare “Warning Device” is an album that gets constant plays on my iPod but I have a feeling this one will be getting just as many plays now. Check these guys out!

Bottom Line: Awesome Fat Wreck debut!
Notable Tracks: Skate or Die, Not Ok, Be with You, They Came From the Shadows
Overall Rating: 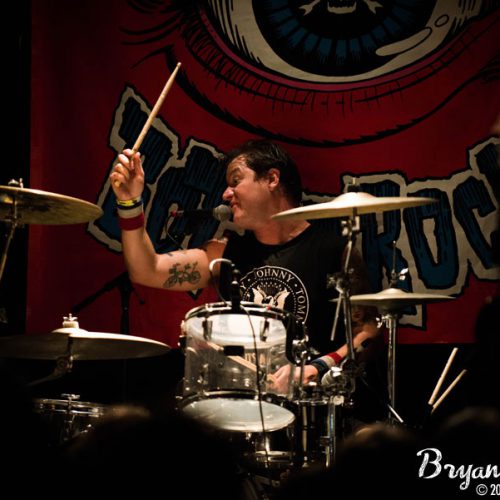 Drummer Brandon Carlisle of Teenage Bottlerocket has passed away