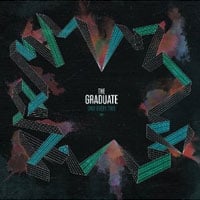 If I liked emo, I might like this album a lot more. Since I don’t, this album was only mildly entertaining. The Graduate have been through a tough time in the last year or so. Their label that released their last album folded and they began the search of finding another label. Razor and Tie decided to release their 2nd album, which is called Only Every Time.

For the dedicated readers of ReadJunk.com, you might have remembered a quick interview I did with the band back when their first album came out. I knew nothing of them, so I asked a bunch of questions like they were a graduate student, applying for a job. You can read that here. But besides that, this album is okay. The songs that are fast and not slow are decent, but just a tad wimpy for my liking. This album and band aren’t my style and wish they played heavier because they clearly have some talent, but who knows if I still would like The Graduate’s music or not. What can I say, I’m a close-minded prick.

emo, Only Every Time, Razor and Tie, The Graduate