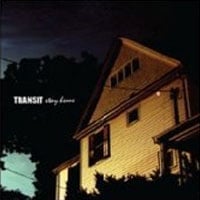 It’s impressive that this is their third release and the average age of the members is something like 10 years old. When I was 10, I played a penny whistle to Phil Collins songs. Though I have to admit I WAS a penny whistle virtuoso…

I digress. So these tykes play melodic punk/emo music, and they manage some somewhat intricate songwriting and musicianship. Unfortunately, it didn’t move me or infect me with its slight energy, and the EP drags midway. All in all, Transit is just another young punk band influenced by The Get Up Kids instead of, you know, punk bands.