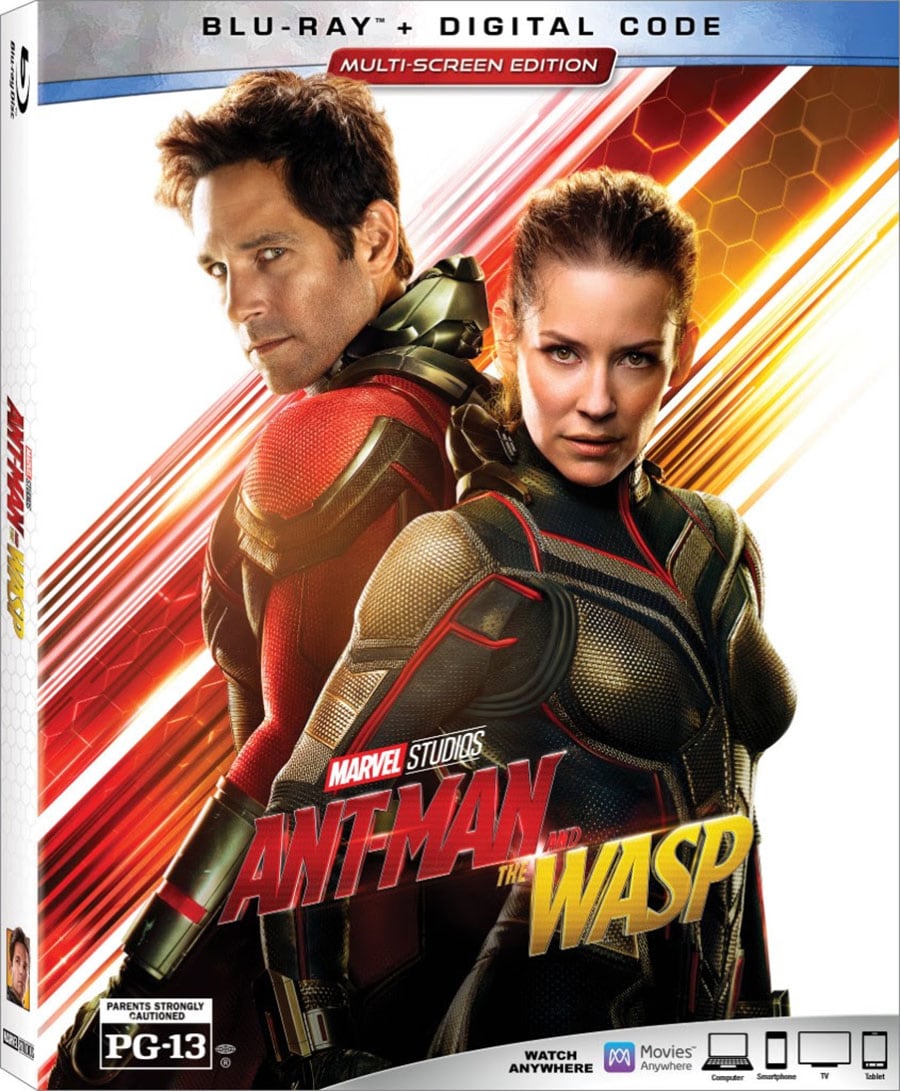 After Avengers: Infinity War, we all needed something lighter and Ant-Man and The Wasp offered just that. It’s a fun, entertaining movie and just as good as the first movie.


The movie takes place before the events of Avengers: Infinity War, or around the same time. Scott (Paul Rudd) is almost done with his house arrest, and Hank (Michael Douglas) and Hope (Evangeline Lilly) are hiding from the FBI and the Government. Hank and Hope find a way that they could go into the quantum realm and retrieve Janet van Dyne (Michelle Pfeiffer) but will need Scott’s help to do it. On their tail for their quantum tech and lab (yes it shrinks down) is Sonny Burch (Walton Goggins) who is looking to sell Hank’s stuff on the black market. Also, there’s a mysterious woman (Hannah John-Kamen) who can phase through objects who’s looking to get ahold of the quantum tech as well.

I loved the first Ant-Man, mainly because Paul Rudd was just so damn likable. Between that and Guardians, they were movies I would watch whenever it was on TV. The first movie was just a entertaining heist movie and the second movie is just as fun. It’s definitely something we needed after Avengers: Infinity War. The movie showcases Evangeline’s talents even more and shows that Wasp is a badass. It was great to finally see her in action, especially during that hotel kitchen fight scene and in the end where she was driving with Luis.

Paul Rudd delivers again and is perfect as Scott. Provides the comic relief but also can kick some ass when he needs to. I love all the sight gags in the movie, which the first movie did so well too. The malfunctioning suit was amusing, especially when he had to go to Cassie and is the size of her. The music for that scene made me chuckle too. The opening montage scene with Scott was really funny, because it seems like things Paul Rudd really does on his down time. Michael Pena’s character Luis had some funny moments, and still enjoy that fast talking scenes they do when he’s telling a story. The reactions from his friends when Ghost appears in their office was hilarious too. Speaking of Ghost, I didn’t mind the character and she wasn’t exactly a villain but wasn’t pure good either. I thought they could have used a little bit better villain but after Thanos, it’s kind of hard to top that. To have something low-level in a way was the better option.

The extras include making of featurettes, gag reel and outtakes, deleted scenes and audio commentary with Peyton Reed. The making of were pretty good and focuses on Paul Rudd’s Scott Lang in the suit again, Evangeline Lilly getting her own suit and being the Wasp, plus there was featurettes on Hank and Janet, and one on the special effects. I liked seeing the one on the special effects but didn’t go in depth as much as I would have liked. The gag reel and outtakes were funny of course, and there were random Tim Heidecker (from Tim and Eric) who played the whale boat captain. I was wondering why they dedicated a section to Tim and then realize he was from “Tim and Eric.”

Ant-Man and The Wasp is a fun comic book that doesn’t take itself too seriously. Even when they start speaking too scientific, one of the characters will bring that up and point out something obvious to the audience. “Do you just put word quantum in front of everything?” This movie just works so well and if this was released even 10 years ago, I don’t think it would have worked. CGI and special effects have come a long way and filmmakers are now knowing the right balance of using it in their movies. Peyton Reed has brought us another great Marvel movie and hope he continues with Ant-Man 3 or perhaps he will do Guardians?

Ant-Man and The Wasp Teaser Trailer Premiered This Morning