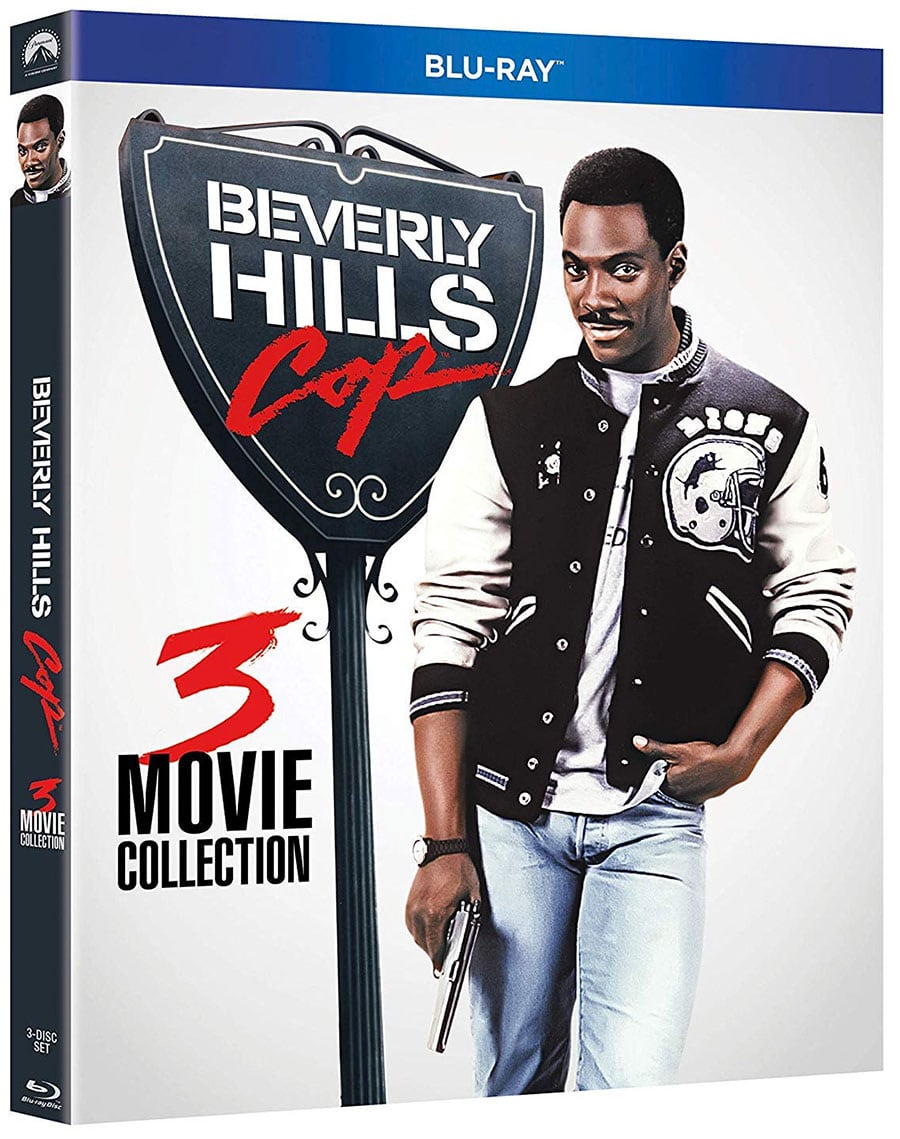 Beverly Hills Cop 3 movie collection is out now on Blu-Ray and if you don’t already own them, this will be a good option if you’re a fan of the movies.

For those that don’t know about Beverly Hills Cop, it stars Eddie Murphy as fast-talking, street smart Detroit detective Axel Foley. Each movie, Axel finds himself having to go to Beverly Hills to solve a crime or to help out friends that he made in the first movie. In the first movie, he goes there to solve a murder of an ex-con buddy of his. While there, he becomes friends with by-the-book detectives Rosewood (Judge Reinhold) and Taggart (John Ashton). They are tasked with having to follow Foley everywhere, while he solves a case on the downlow. Then in the second movie, he flies out there to help solve a case that involves Captain Bogomil (Ronny Cox) getting shot. The third movie is about Axel’s boss Inspector Todd getting gunned down in Detroit, that leads him to an amusement park called Wonderworld in Beverly Hills area. You’d think by this point of the franchise Axel wasn’t already working in Beverly Hills instead of Detroit.

Obviously the first movie is such a good, 80s action comedy movie but I also love what Tony Scott did in the second movie. It made sense that Axel would fly out there to help with Bogomil, even though we never see them become good friends. We just assume Axel became good friends with all 3 of the cops out there after the first movie and what they went through. We get to know more about the characters, and see how Axel “wasn’t always a cop.” Lots more hustling and sneaking into places, which is always funny but in an awkward way. The funniest one is when Axel shows up to the Playboy Mansion and claims he’s there to clean up the pool since someone shit in there after getting drunk.

The third movie has it’s moments, was directed by John Landis but you can tell the quality dipped. It’s funny but not as gritty as the first one. It seems cheesy in a way, especially with the way it was shot (bad greenscreen work). I binged all 3 movies in a few days and you can just tell the third movie wasn’t as good as the others. Taggart is retired so they bring in Hector Elizondo to play a new detective that butts heads with Axel for a bit. It works for the most part and he does deliver the funniest line of the movie “turn that fucking song off!” The movie was missing Taggart and Bogomil though but something felt off from the other two. Not as gritty in action? Not sure.

This movie collection set has new remastered versions of the movie but you can tell that they could still be cleaned up better. I noticed a lot of grain, especially in the first movie. The sets include a lot of the same features that were already on the Blu-Rays. Although, Beverly Hills Cop had 2 deleted scenes. One was with a Detroit mob guy that knows Axel and he’s pretty much eating food and telling him that going out to Beverly Hills will help him in his search. There’s also some never before behind the scenes featurettes incorporating old interviews. For the most part, Beverly Hills Cop has the only featurettes and the other two movies don’t.

The Beverly Hills Cop trilogy is a fun one. While the first two are clearly my favorites, there’s still a lot of funny moments in the third one. It’s just not as good as the first two. If they ever get around to making a 4th movie or series, I’ll be very eager to see it since I love Eddie Murphy and Judge Reinhold in their roles. 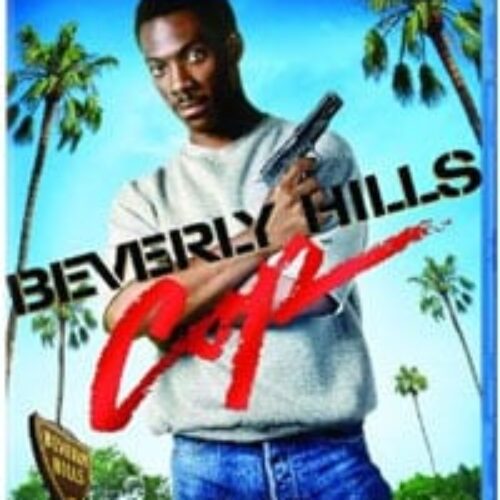