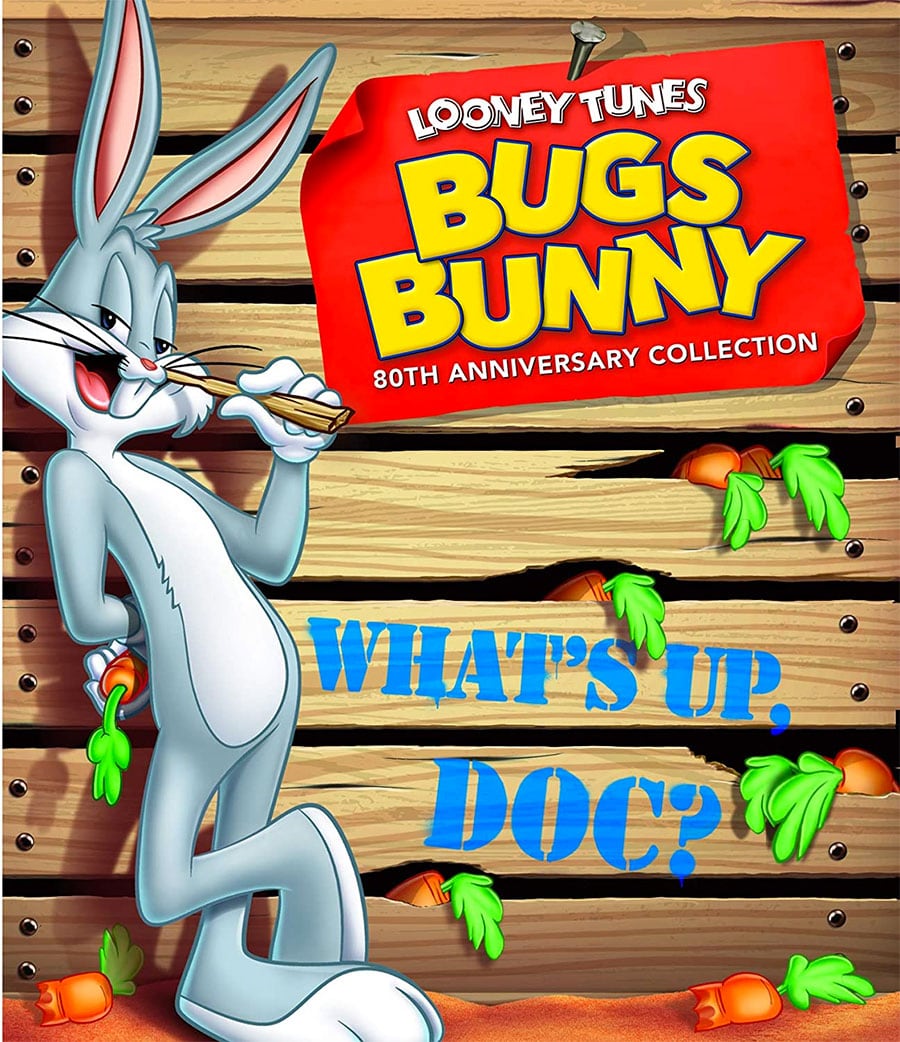 Bugs Bunny is 80 years old this year and Warner Bros is celebrating that anniversary with a great collection of Bugs animated shorts, along with some other fun things like a new Bugs documentary and 10 episodes of the Looney Tunes Cartoons that you can watch on HBO Max.


Warner Bros Home Entertainment provided me with a free copy of the Blu-Ray I reviewed in this blog post. The opinions I share are my own.

I’ve already been on a Looney Tunes kick lately since the launch of HBO Max. I know cartoons are on Boomerang but they are not in HD, have commercials and they usually show the same ones. There are a lot of animated shorts in this set (60 theatrical), plus the new ones which I haven’t seen prior to this. It’s been great going through the “seasons” and showing my 5 year old son all of my favorites. It’s funny because he doesn’t remember it, but I’ve been showing him Looney Tunes since he was born. Him pronouncing words like girls (ga-wirls), squirrels (ska-whirls) and other certain words like Bugs Bunny could explain some things.

I jumped at the chance to own some of these shorts on Blu-Ray since I have a lot of the Golden Collections on DVD. This set doesn’t take up a lot of space, unless you decide to keep the case it came in. The Blu-Ray is slim but the overall cardboard case has room for a Funko Bugs Bunny (glitter) figure included with the set. By the way, which is a nice addition if you’re a Funko collector. I’m afraid to open it and display it since I’m afraid I’ll get glitter-bombed.

The 60 Looney Tunes animated shorts included in this set represents Bugs’ evolution over the years. While some people enjoy the very early years of Bugs, it wasn’t until around Super-Rabbit or later when the cartoons started to get good for me. The looney, buck tooth type of Bugs I didn’t like but like when he starts to form into the Bugs we know. Mickey Mouse, The Simpsons, and countless other cartoon characters went through this transformation when you think about it. I believe there might even be some shorts in this set that were never included on the Golden Collections. Even some snippets of Wild and Woolly Hare are included here of a Native American, probably cut in other previous shorts from the stereotypical nature of his name?

My favorite Bugs Bunny animated shorts are him going up against Yosemite Sam, like Wild and Woolly Hare, Fair Haired Hare, Captain Hareblower, Knighty Knight Bugs and more. It doesn’t matter the theme, if it’s just those two it’s a classic to me. With Yosemite Sam’s temperament and Bugs’s wits, it’s a perfect style of cartoon. Bugs going up against Marvin the Martian, the Orange monster (no – not THAT monster), Witch Hazel and others are fun as well though.

The Blu-Ray video quality really cleaned up these shorts really well, but they look like this on HBO Max as well. If you have HBO Max, there’s also new Looney Tunes cartoons as well. 10 are included on this set. While they are similar to classic Bugs shorts, I’m still a bit skeptical of new ones. It’s mainly because Mel Blanc is gone; it’s just tough getting beyond the new voice acting for me. The actors do a good job with it, but it’s still noticeable for me that it’s kind of a distraction. Maybe I’m just a picky bastard.

Also included in this set is a new documentary about Bugs Bunny. It uses old interviews with the animators, Mel Blanc, Mel Blanc’s son but was still interesting to me since I never saw a lot of these interviews before. There’s a few other short featurettes on here, that seem like they have been used on other sets before. Also included is a digital code for Vudu, which is currently giving me problems. Warner Bros and Vudu are trying to problem solve the issue right now. Hopefully that will be fixed soon since it will be nice to own some shorts in my digital catalogue.

This Bugs Bunny set is an excellent batch of Bugs animated shorts, but having the Funko figure and 10 shorts of the new Looney Tunes show included with this is even better. Definitely worthy of a purchase for Looney Tunes collectors if you don’t own some of these on Blu-Ray already. Not sure if people are happy with the price of this, or happy about the Funko figure but I liked it.