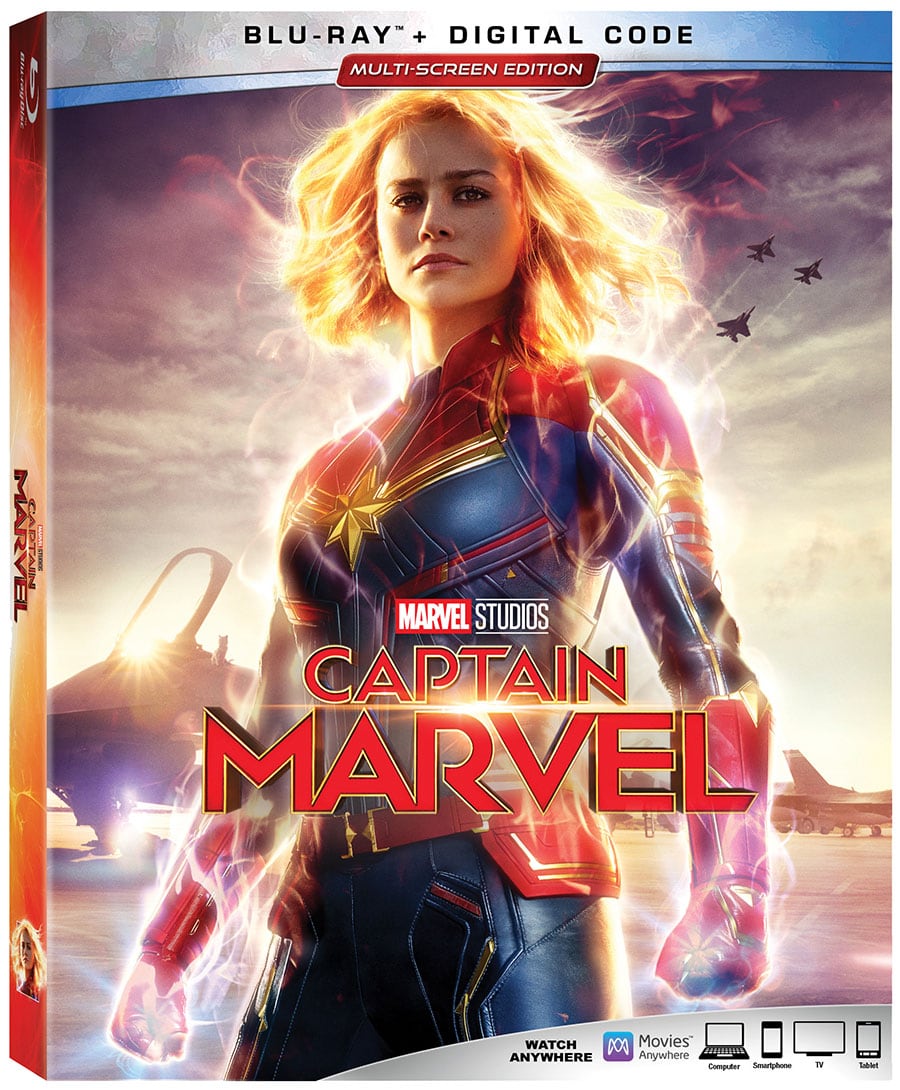 Captain Marvel is the first stand-alone, female leading Marvel character movie (sorry Black Widow) and it was quite popular at the box office. While I enjoyed the movie a lot, I thought it was just an okay origin story and could have been better in some areas.

The movie takes place in 1995 and centers around Starforce member Vers {but really Carol Danvers} (Brie Larson). While battling the alien shapeshifting race Skrulls with the Kree, she crash lands on Earth. She quickly encounters young S.H.I.E.L.D agents Nick Fury (Samuel L. Jackson) and Phil Coulson (Clark Gregg) and befriends them. While on Earth, she discovers the truth about herself and what she can do with her powers.

I think Captain Marvel is a decent Marvel movie and a good time. The origin story was just okay but definitely could have been fleshed out more. I liked how they introduced the Skrulls and other things we haven’t seen in the MCU so far. At the same time, it still feels like I barely know anything about Carol. Even after this movie and Avengers: End Game, there’s still A LOT we don’t know about Carol / Captain Marvel but I guess we have time to explore that. It would have been better to get some more scenes of her past, instead of these quick flashbacks sequences.

I thought Brie Larson was okay as Captain Marvel. At times she shows us the characters’ funny, sarcastic, snarky side and her charm a little. Other times, Larson felt a little wooden. I heard she did End Game first so I can see why she might have been a little wooden there but here she at least explores more with the character. I just wish the character was, something a little bit more than what we got. She certainly has the badass moments down though. I loved the subway battle with the old lady, and especially love the last half hour of the movie. When she just flies straight through spaceships, it’s a great moment in the movie.

Captain Marvel stuff aside, Samuel L. Jackson and his affection for Goose the “cat” was great. I wasn’t distracted at all with the de-aging effects for Jackson or Gregg, and it really worked with the movie. The chemistry between Jackson and Larson was good, and certainly a highlight from the film. I thought Ben Mendelsohn was a scene stealer. His character Talos had this dry, deadpanned subtle delivery but it made me laugh several times. His scenes really stood out, especially when we see what he is really about. It was cool to see Ronan the Accuser in this as well, and wondering if we will be seeing more of him in the sequels. The movie alluded to that at the end so that will be fun if he comes back again.

I thought the 90s references were a bit much and kind of hit you over the head with it. The soundtrack was good, but felt forced at times. Like we get it, it takes place in the 90s. I thought the No Doubt and Nirvana songs worked best. Another part of the movie people might have issues with was with the Skrulls. I didn’t mind the twist with the Skrulls; I didn’t see that coming. I knew the twist with Jude Law’s character before I even saw the movie (which I can’t even tell you the name of). The stuff with the Skrulls was cool though, seeing them shapeshift into people. One really touching thing that I absolutely love was seeing the movie in theater and bawling my eyes out before the movie started. The Marvel intro comes on and features nothing but Stan Lee cameos. So good, but man, that made me cry. I loved seeing his cameos and the one in Captain Marvel is a funny one too.

The extras in the Blu-Ray include featurettes on becoming a superhero, Nick Fury origins, the kree and skrulls, the flerken cat, deleted scenes and a gag reel. The featurettes are just like under-5 minute featurettes. You’re usual type of extra where you have cast interviews, interviews with the filmmakers, things like that. The Goose featurette was a funny extra because it’s set up like a cheesy 80s/90s behind the scenes featurette. There’s one deleted scene that should have been added into the movie. It’s when Carol gets the bike from the biker guy telling her to smile. She grabs his hands and makes him give her his clothes and bike. It’s a bit like Terminator 2 but still funny because once she’s on the bike she’s driving all over the place. There’s also a deleted scene with Jude Law’s character and you see his intentions early on, so in a way kind of glad they didn’t show it. The gag reel was amusing, which was pretty much the cast goofing off on set.

Captain Marvel isn’t a movie that offers up anything really new in terms of story. The origin story was lacking depth and feels like I don’t know anything about Carol after seeing this. Maybe that’s the point, I don’t know. I liked seeing young Fury but felt like they could have used Coulson so much more than they did. The last half hour hour of the movie is the best but there’s lots of other moments that make the movie entertaining. It’s a fun flick, but I wouldn’t put it high on my MCU list.

Bottom Line: A decent, entertaining entry in the MCU but definitely not one of my favorites
Running Time: 124 mins
Rating: PG-13
Extras Rating:
Overall Rating: