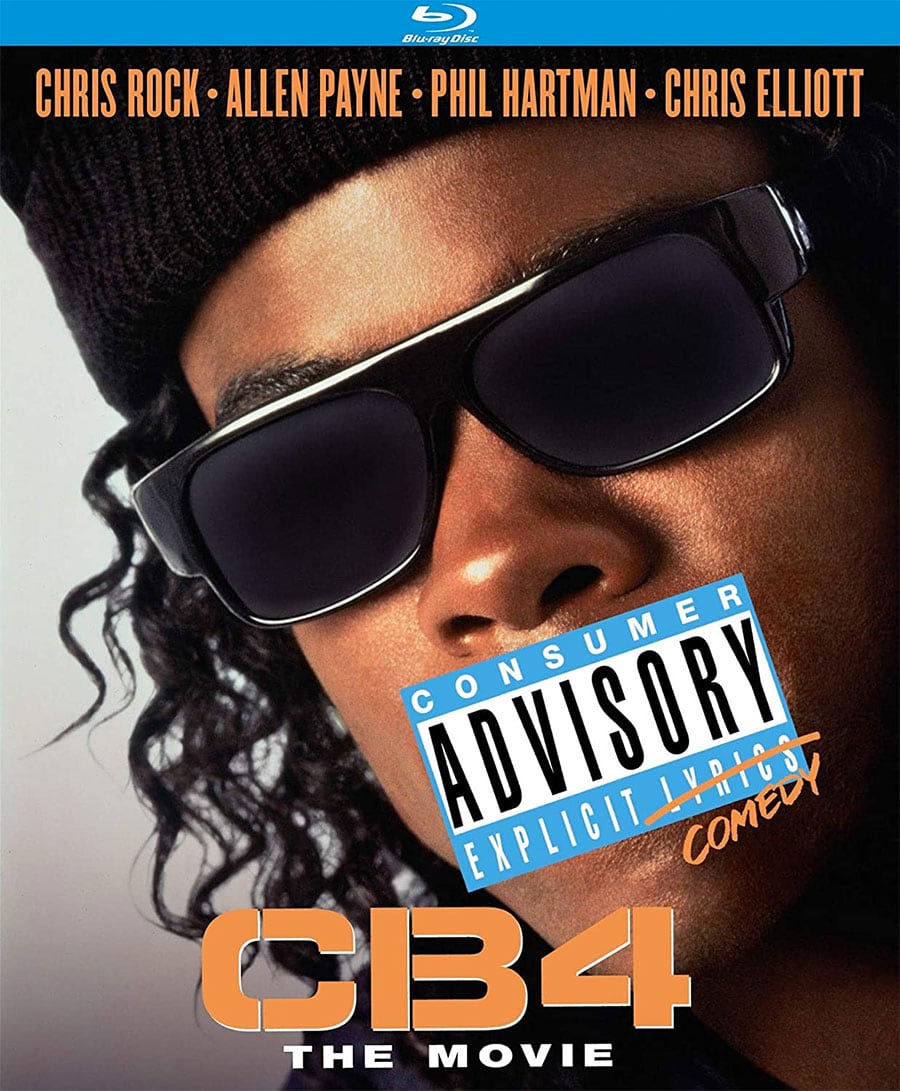 CB4 is Chris Rock’s satire on the rap scene in the early 90s. It’s a funny movie that also has a pretty good soundtrack as well. If you’ve never seen it, now is the time!

The comedy is about Albert (Chris Rock) convincing his buddies Euripides (Allen Payne) and Otis (Deezer D) to get big and take on the fake persona of gangster rappers. Albert chooses the name and person of Gusto (Charlie Murphy), a real life gangster who they have encountered a bunch of times. Euripides then goes by the name of Dead Mike and Otis goes by Stab Master Arson. Albert gets the idea when Gusto gets arrested, sent to Cell Block 4 and takes his name and calls the group CB4. The group quickly gets noticed with the help of rap mogul Trustus Jones (Willard E. Pugh), as well as Gusto who escapes from prison. Meanwhile, the local politician Virgil Robinson (Phil Hartman) tries to capitalize on the backlash of gangster rap and gets CB4 arrested.

I loved CB4 when it originally came out. I haven’t seen the movie in a long time but this one was something I watched all the time. It has a great cast featuring Chris Rock, Allen Payne, Deezer D (who passed away earlier this year) and the late Charlie Murphy and Phil Hartman. The movie featured some good women characters as well, particularly played by Khandi Alexander and Therasa Randle. The cameos were funny too with the likes of Halle Berry, Shaq, Ice Cube, Easy-E and even Butthole Surfers.

The movie is a funny satire on rap/hip-hop and it’s still relevant today in some ways. This isn’t quite This is Spinal Tap but does have the elements of it. The comedy is a mixture of mockumentary and satire. Some of what is said in the movie still holds up, and some jokes are a bit dated, like any comedy from the past. I’ve seen the movie so many times that I could act scenes and know the jokes. I believe this might have been Charlie Murphy’s first role, besides being Eddie’s brother. He really did a great job with the role; I particularly love the scene where he’s preparing to have sex with Sissy. The sex scene with Gusto and Sissy and Dead Mike and Sissy was pretty comical as well. I wonder if Otis ever got one but was left on the cutting room floor?

As much as I like CB4, I felt like towards the end, stuff was left out or all over the place in terms of direction. Phil Hartman’s character was around and then he wasn’t after the group got arrested. I’m pretty sure there was probably more to his character too. The end credits has him holding up a gun and losing it. I always wondered about that part in the credits. After rewatching it, I felt like the movie was longer for some reason. It just starts to go off the rails a little at the end.

I loved the soundtrack growing up. Besides the actual hip hop artists on the soundtrack and being played in the movie, I actually liked listening to the NWA parody “Straight Outta Locash” and “Sweat From My Balls” the most. The soundtrack also had Public Enemy, Boogie Down Productions, P.M. Dawn and others as well.

The special edition Blu-Ray contains 2 worthy featurettes. One with director Tamra Davis, who has done over 150 music videos and directed Billy Madison, Half-Baked and others. She gives a good updated perspective of her time directing the movie and thinks it still holds up well. The Interview with Nelson George was enlightening too and gave a lot of fun stories of making the movie. During the interview process, Charlie Murphy showed up in a bright yellow suit, whipped out a gun and then left. They looked out the window after he left and he was then flanked by a few guys on either side and got in his car. They knew they found their Gusto then. There’s lots of little things like that I found interesting and funny.

CB4 still holds up as being funny to me. Obviously some things are dated and this a product of its time with some things. If you can look past that, owning CB4 on Blu-Ray will be a nice upgrade over DVD.