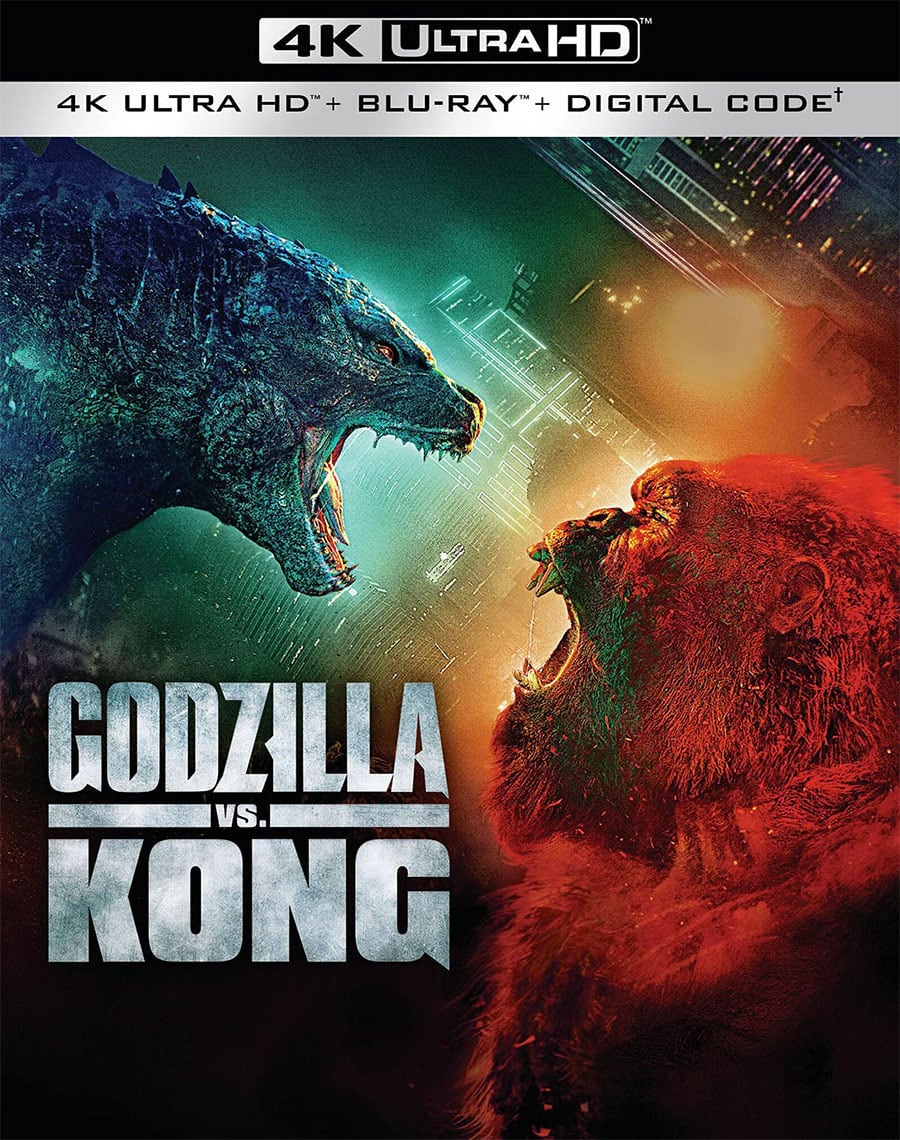 Godzilla vs Kong looked like fun in the trailers. It was one of the movies I was eager to watch on HBO Max with my 5 year old son. The movie didn’t disappoint in being fun and entertaining and was my favorite of the 3 recent Godzilla movies. Obviously there are some flaws but what do you expect when you’re two leading actors are 2 monsters?

So in order to follow along with all of these movies, you need to watch Godzilla, Kong: Skull Island, Godzilla: King of the Monsters before this one. I mean, you can try to follow along with things but might be a bit confusing. 5 years after the events of King of the Monsters with Godzilla defeating King Ghidorah, Kong is being monitored in a giant dome on Skull Island. Godzilla suddenly starts randomly attacking Apex Cybernetics in Florida. Everybody realizes something is going on and decides to put Kong up against Godzilla. There’s a Hollow Earth thing, there’s Team Kong, Team Godzilla, battles between the two titans where you’re screaming at the movie for them to stop fighting each other and other random subplots, but why bother getting into the details for this type of movie?

I’m not the biggest Godzilla fan in the world, mainly for not watching them until recently. My son got me into the franchise, at least with the newest movies. I didn’t mind Godzilla but it was hard to see what the hell was happening. It seemed like the movies were heading in the right direction. I know people didn’t like King of the Monsters but I liked that one so much more than Godzilla. With Godzilla vs Kong, this has aspects of both that I really liked. The movie was fun, delivered with entertainment factor with monsters fighting. A nice surprise was added towards the final act of the movie, which I wasn’t expecting for this movie. Well, maybe I knew a little based on people that can’t keep their mouths shut on social media.

All the movies suffer the same fate as some of the better Transformers movies (maybe just the first one?), too many humans. There’s way too many human characters in the story and perhaps they are just there to get killed off? I didn’t mind the subplot with the podcast leaker guy with Millie Bobby Brown and the kid from Deadpool 2, but it really wasn’t that necessary to the overall story. The whole thing was a bit confusing at times with the Hollow Earth stuff. It’s all silly when you think about it, but what do you expect?

I think the movie could have taken out half the cast and still be a fun movie. Once the monsters fought each other, it lived up to the hype. At the same time, it felt like Captain America: Civil War where you’re seeing two sides fighting each other that you care about. Thankfully, what you think will happen does and you’re cheering on at the end. If only you could have seen this in a sold out movie theater. I know I would have been cheering on with my son, at least we did that in our living room. All the battles and special effects of Godzilla vs Kong make up for the film’s shortcomings.

There’s a bunch of featurettes if you get the 4k or Blu-Ray set. There’s audio commentary, lots of featurettes on the monsters, the cast talking about the movies, and a few things about the special effects. The movie’s special effects are a highlight, so you’d imagine they’d have a few featurettes on the battles happening in Godzilla vs Kong. There’s plenty to watch after seeing the movie and if you’re into the behind the scenes stuff. Video-wise, the movie looked great on 4k. It looked better on the 4k disc than it did on HBO Max via Google TV (which does 4k) as well. So again, physical media is superior if quality is a concern.

My son said the movie is 5 stars when I asked him. I’m going with 3 and a half just because I’m a little more critical than he is. While the movie is a lot of fun, there’s a lot to pick apart as well. Too many subplots is the biggest issue. With that said, I hope they make more in this universe but next time – less people!

Features:
Audio Commentary
The God
Godzilla Attacks
The Phenomenon of Gojira, King of the Monsters
The King
Kong Leaves Home
Kong Discovers Hollow Earth
Behold Kong’s Temple
The Evolution of Kong, Eighth Wonder of the World
The Rise of Mecha-Godzilla
The Battles
Round One: Battle at Sea
Round Two: One Will Fall
Titan Tag Team: The God and the King