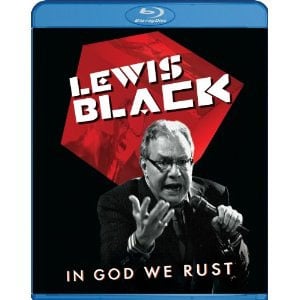 Lewis Black is back with a brand new comedy special! I’m a fan of Lewis Black’s earlier material and always get a kick out of his appearances on the Daily Show. Lately, his stand-up hasn’t been up to par with earlier work and is very hit and miss with the jokes.

This special was filmed in Minneapolis, Minnesota at the State Theatre. Lewis starts off by warning his audience that if they never saw his stand-up before, and they think it’s just the guy from The Daily Show, they are fucked! He pretty much says that he’s a different kind of comic, and stuff that comes out of his mouth isn’t funny, but people think it is. Or something along those lines.

Lewis Black’s stand-up has sort of transformed into more of a spoken word performance than comedic performance lately. It seems like he talks more about his frustration or what pisses him off, then telling jokes. It’s just how he says it that’s funny. If you don’t know what Lewis Black’s style is, he usually talks about ordinary things or politics in a normal voice. Then when he wants to do the punch line or get the point across, HE SCREAMS REAL LOUD!!!! It feels like you’re watching a man slowly go insane, which is part of the whole act. It’s amusing, but does get a little old after awhile. Black talks about a range of topics like terrorism, Valentine’s Day, The Jersey Shore, drugs, Facebook & Farmville, and third party system. It’s a variety of topics I suppose.

I actually prefer when Lewis Black is on the Daily Show when he does 5 minute segments. It just works better for that type of comedy. That’s not to say this isn’t funny or anything, I just prefer his non-stand-up performances. I think Black’s strongest material is when he covers politics.

Bottom Line: Could have been funnier but worth getting if you’re a fan
Running Time: 79 mins
Rating: NR
Extras Rating:
Overall Rating: 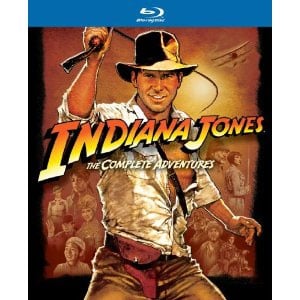