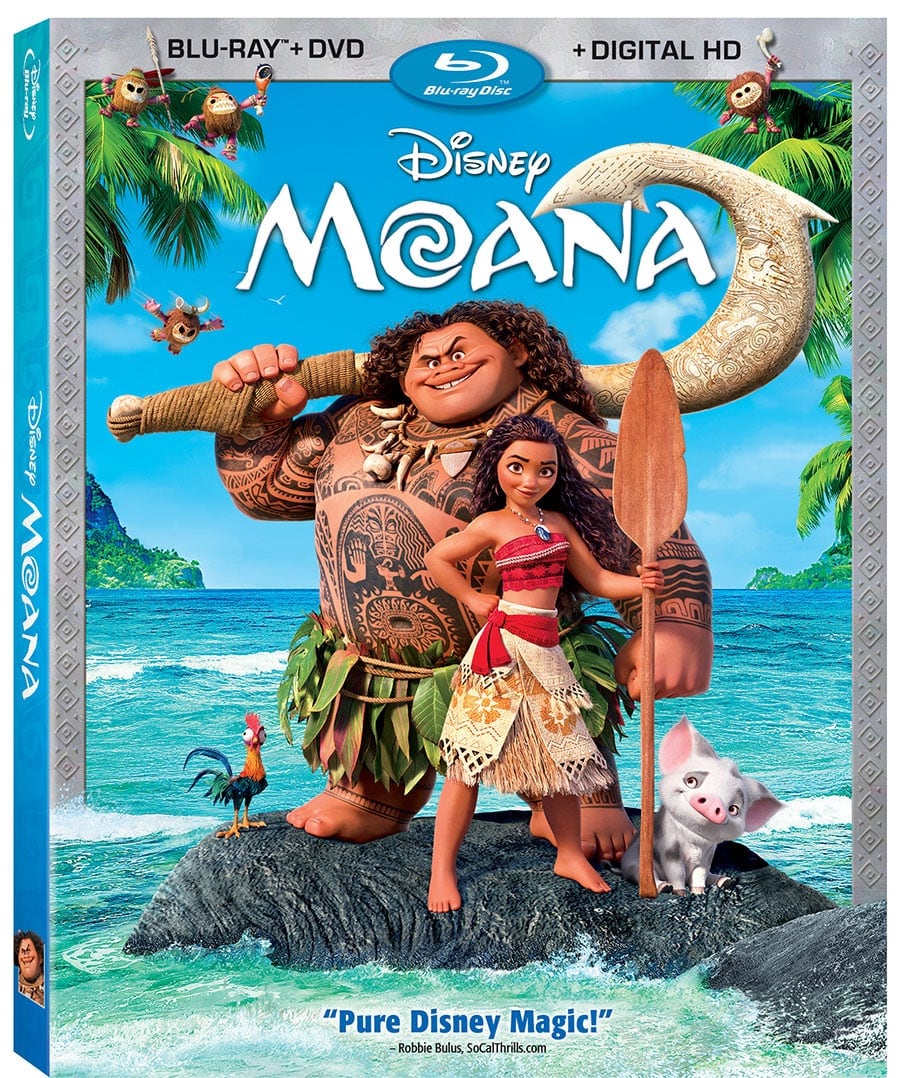 Moana is the latest Disney movie to gather a lot of praise from critics and fans alike. It was nominated for some awards and deservingly so. I’m not usually a fan of every Disney movie but I ended up liking Moana more than I thought I would.

The animated film is about Moana (voiced by Auli’i Cravalho), daughter and heir of the chief on the Polynesian island of Motunui. She is chosen by the ocean to have a mystical stone of Te Fiti. The stone is the heart of the goddess Te Fti and is key the islands’ survival. The islands and the areas around it begin seeing a drop off of fish and the vegetation is starting to die out. Moana decides to sail out with her pet rooster (Alan Tudyk) to go beyond the reef. She’s determined to not have anything stop her. Moana runs into the demigod Maui (Dwayne Johnson), who’s the reason why the islands have been slowly dying off, since he tried to steal the stone. She convinces Maui to sail with her beyond the reef to save her people and other islands.

I didn’t really know much about the movie before seeing it. Figured it was up for some nominations and looked fun so why not. I haven’t liked every Disney animated movie that has been released in the last decade but Moana was one of the better ones. I still haven’t seen Frozen and not sure I want to unless I had no other choice. The songs weren’t cringey and they didn’t bogged the movie down too much. Although I prefer the upbeat ones to the slower, sappier ones. Hell, even the one Dwayne Johnson sings on is okay even though he can’t sing. I guess when you have Lin-Manuel Miranda doing the writing, you’re going to get some good stuff.

Newcomer Auli’i Cravalho was good and I’m sure she will be in a lot of things going forward. How can you not like Dwayne Johnson in this? It’s like a character he was born to play; it’s essentially him anyway if he had longer hair and animated tattoos…and you know, can change into anything he wants when he had his giant fish hook. As soon as Maui showed up, I thought the movie got interesting and fun. At least for me it did. “BOAT SNACK!” I laughed for that line. I guess if they had a female demigod, the movie would have been just as good but I like the dynamic between Maui and Moana. It’s funny to see that Alan Tudyk voiced the rooster, which he just made rooster noises. Before the movie started, I looked up the cast and saw he was in it and voiced it. Didn’t think he’d actually sound like a rooster. It’s usually not the Disney way.

I liked the story, although it might be a bit confusing for kids. My 1 ⅕ year old son seemed interested in the movie when the singing was happening and certain parts of the movie. At some point, he’ll sit down and watch an entire movie. If it’s not Bob the Builder, he’s not fully interested. The animation was outstanding and very life-like. I couldn’t believe how real the water and beaches looked for a lot of this. You can tell how much influence John Lasseter has on the Disney animated movies since heading that department. Hey, I’m all the more thankful for him making Disney great again. I liked how the movie made fun of the usual Disney cliches (singing, animal sidekicks, etc.), but then kind of did them anyway. Moana might feel similar to other Disney movies but whatever, I liked it enough that it won’t drive me crazy when my kid wants to watch it over and over when he gets older.

The Blu-Ray extras include the short film Inner Workings, a movie mini of Maui fishing, audio commentary, a deleted song, a featurette on the Pacific islands, and lots more. I loved the short film Inner Workings! We got a brief introductions from the creators of it and then we see it and it was just a funny satire on stale office life pretty much. The mini-movie featuring Maui trying to fish was fun and almost feels like it was deleted scene. The excellent featurette Voice of the Islands shows how the filmmakers changed their outlook on making the movie when they visited the islands. It’s a good half hour documentary about the islands and the people. There’s a bunch of deleted scenes, a featurette on the making of the music and so much more. You’ll be busy for awhile after you see Moana. Great for film fans but not so much for kids.

Moana was a nice surprise and a visual delight. The characters were interesting and fun, the animation was stellar and even the music brought the movie to life. This is one of Disney’s better movies.