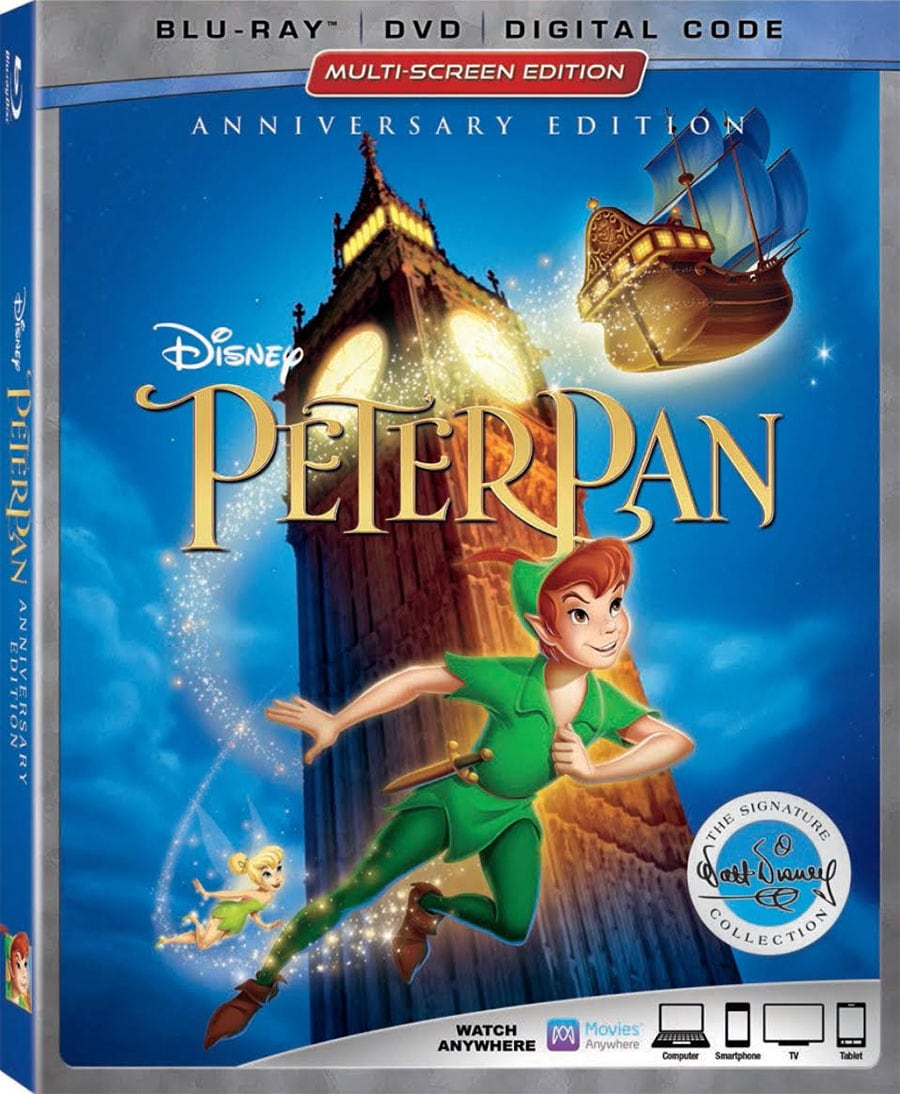 One of my favorite Disney movies is out of the vault and available for purchase on Blu-Ray and Digital HD (Movies Anywhere). It’s been awhile since seeing the movie but it still holds up as one of the best Disney animated movies.

I don’t feel like I need to tell you the story of Peter Pan do I? At this point, it seems like everyone has seen it or knows about it. After all, it has been around for 65 years. So let’s just get into this shall we? For whatever reason, I always like the first half of the movie better than the second half. Something about the kids going to the Native Americans, or as the derogatory term they use in the movie, bored me a little. Other than that, I loved the movie.

I love when Peter Pan messes with Smee and convinces him that Pan is Hook and to bring back Tiger Lily. When I used to watch the Disney Channel and they would show parts of the movies, they would show that part a lot. That scene, along with “You Can Fly” and “Following The Leader” were memorable for me as well. What I didn’t really remember was how big of jerks everyone was to Wendy, especially Tinkerbell. You can tell how dated the movie is, even when the main character, Peter Pan, is talking down to Wendy and calling her certain stuff. What I like about Peter Pan the movie is the sense of adventure, battling pirates, the notion of not growing up, but also the technical aspect of the movie as well like the animation, the backdrops and the music.

I didn’t receive the Blu-Ray but watched this on Movies Anywhere where is has all the same features. The quality of the stream was good and while the movie isn’t widescreen, like many classic Disney movies, the picture quality was excellent. Certainly the best I’ve seen for Peter Pan to date. The animation was crisp, and I guess this was just re-used for the Diamond Edition Blu-Ray that was released several years ago? I had a Diamond Edition DVD but didn’t have the Blu-Ray.

The special features included on the Blu-Ray and Digital HD has a mixture of new and old extras. Sme of the new include stories from Walt’s Office: Walt & Flight, a Darling conversation with Wendy & John and two sing-along versions of some songs. Then after that, it’s all recycled stuff from previous editions but if you didn’t see those versions that I guess it’s new to you.

Peter Pan still holds as one of my favorite Disney animated movies. I had this previously on DVD but Disney has re-opened their vault to put this on Blu-Ray and Digital HD. Bring on the next vaulted Disney movie to get the Signature Edition treatment.

Features:
Stories from Walt’s Office: Walt & Flight
A Darling Conversation with Wendy & John: Kathryn Beaumont and Paul Collins
“You Can Fly”-Oke (1080p, 2:11)
“Never Smile at a Crocodile”-Oke
Deleted Songs: “The Pirate’s Song,” “Never Smile at a Crocodile,” and “The Boatswain Song.”
Deleted Scenes: “The Journey Home” and “Alternate Arrival.”
You Can Fly: The Making of Peter Pan
Tinker Bell: A Fairy’s Tale
The Peter Pan That Almost Was
The Peter Pan Story
Growing Up With Nine Old Men
Audio Commentary
“Never Land”: The Lost Song
In Walt’s Words: “Why I Made Peter Pan”
Music Video: “Never Land” Performed by Paige O’Hara.
Music Video: “The Second Star To The Right” Performed by T-Squad.
Song Selection: Includes Sing-Along Versions of “The Second Star To The Right,” “You Can Fly,” “A Pirate’s Life”, “Following The Leader,” and “Your Mother And Mine.” 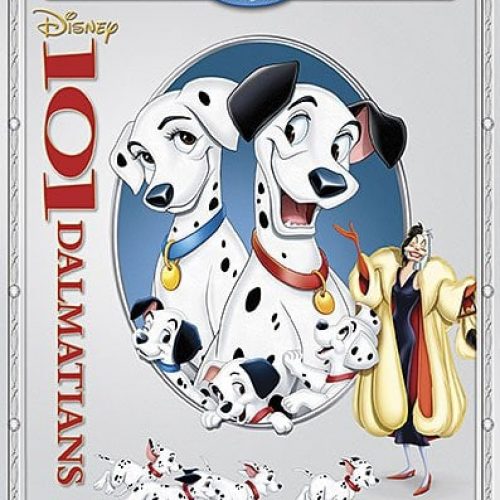