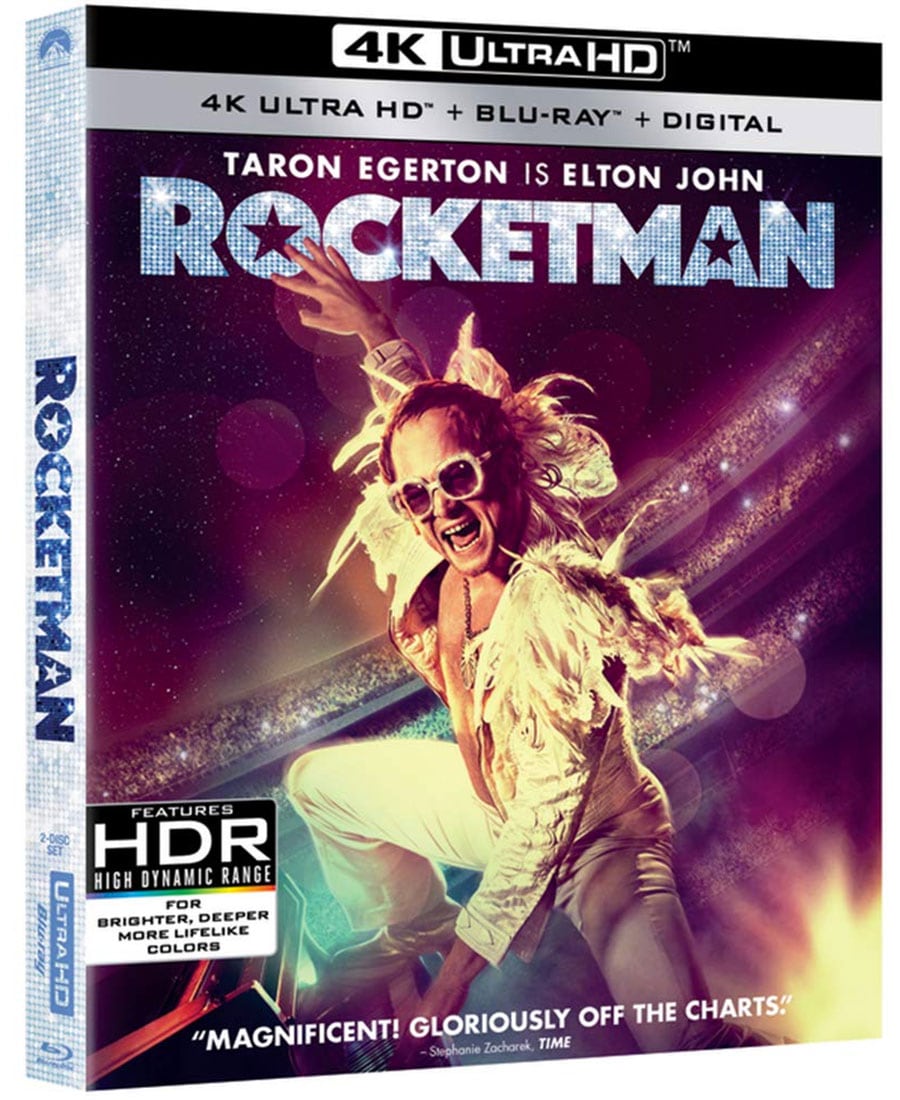 A different kind of music biopic hit this May and was a smash hit, and it was Rocketman starring Taron Egerton as Elton John. It’s part music biopic, part musical fantasy and should please most Elton John fans. I’m not sure what to think of this movie just yet….

The movie focuses on the early days of Elton John’s (Taron Egerton) rise to fame and his partnership with Bernie Taupin (Jamie Bell). The story is told by Elton at an AA meeting, and is shown as flashbacks. Elton was born as Reginald Dwight, and soon finds out that he’s a bit of a piano prodigy that can hear music and then play it. He eventually plays in local pubs and soon finds himself attending Royal Academy of Music. After playing in a backup band for soul singers, Reginald changes his name and sets out to a solo performer, with the help of Bernie’s songwriting. Things take off quickly and Elton gets into a rocky relationship with his manager John Reid (Richard Madden). Like with most music biopics, Elton gets too involved with drugs and the rock and roll lifestyle.

I like watching music biopics, even if I’m not the biggest fan of that band or artist. I do like a lot of Elton John songs, but not every song he does. Mainly like the popular, classic rock songs and the faster, upbeat songs the most. I thought the movie was pretty entertaining and with a great performance from Taron Egerton. He really captured Elton well, looked like him and sounded excellent singing his songs.

As much as he sounded good singing the songs, I thought I would have preferred just him lip syncing the actual songs though. I guess I’m not a fan of the musical, song & dance sequences of the movie. It’s not really my style I suppose. I enjoyed a few of them, like “Saturday Night” and liked how some of them were done but I guess I prefer a standard music biopic in a way. But with Elton John, you don’t get typical or standard. This wasn’t a full fledged musical but definitely felt like I was watching the Broadway musical version of a biopic though. The musical aspect of the movie will turn some people off I think, but others will really enjoy it.

The 4k /Blu-Ray has a digital copy but….it’s only available on iTunes. Guess I haven’t reviewed Paramount movies in awhile but I’m totally annoyed by this. Every other studio except Paramount and Lionsgate are not apart of Movies Anywhere and Vudu. What’s the deal? You can purchase the movie through Vudu but you can’t redeem your digital copy there. Why can’t this be worked out so we can have all the stuff be apart of the same digital library. Time for Paramount to suck it up and work with MA so the fans don’t suffer with having all their files all over the place. /End rant.

The special features are on the Blu-Ray and not the 4k disc. You have extended musical numbers, if that’s your thing. There’s some deleted scenes, featurettes of the creative vision of the movie, Taron’s transformation of Elton, the production and costume design, and a bunch of other things.

Rocketman is a decent, and certainly interesting biopic but probably not one I want to watch a bunch of times. As much as I didn’t mind some of the musical scenes, I wish the movie took a more of a standard approach. I get why they did it though, Elton John isn’t your ordinary performer. Plus, I wish we heard Elton’s versions of the songs in the movie instead of essentially a cover band doing them. It’s great Taron can sing and play, but save that for the inevitable Broadway show that will be based on this. I think people will either like or dislike this one. I liked it but wished they handled things differently.

Bottom Line: I liked the movie but wished it didn’t use so many musical sequences and actually used Elton John’s versions of the songs.
Running Time: 121 mins
Rating: R
Extras Rating:
Overall Rating: 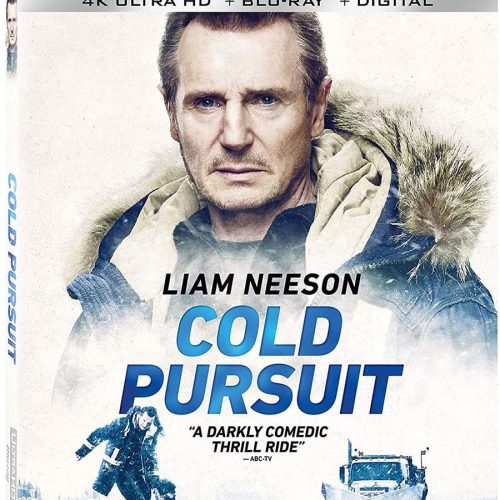