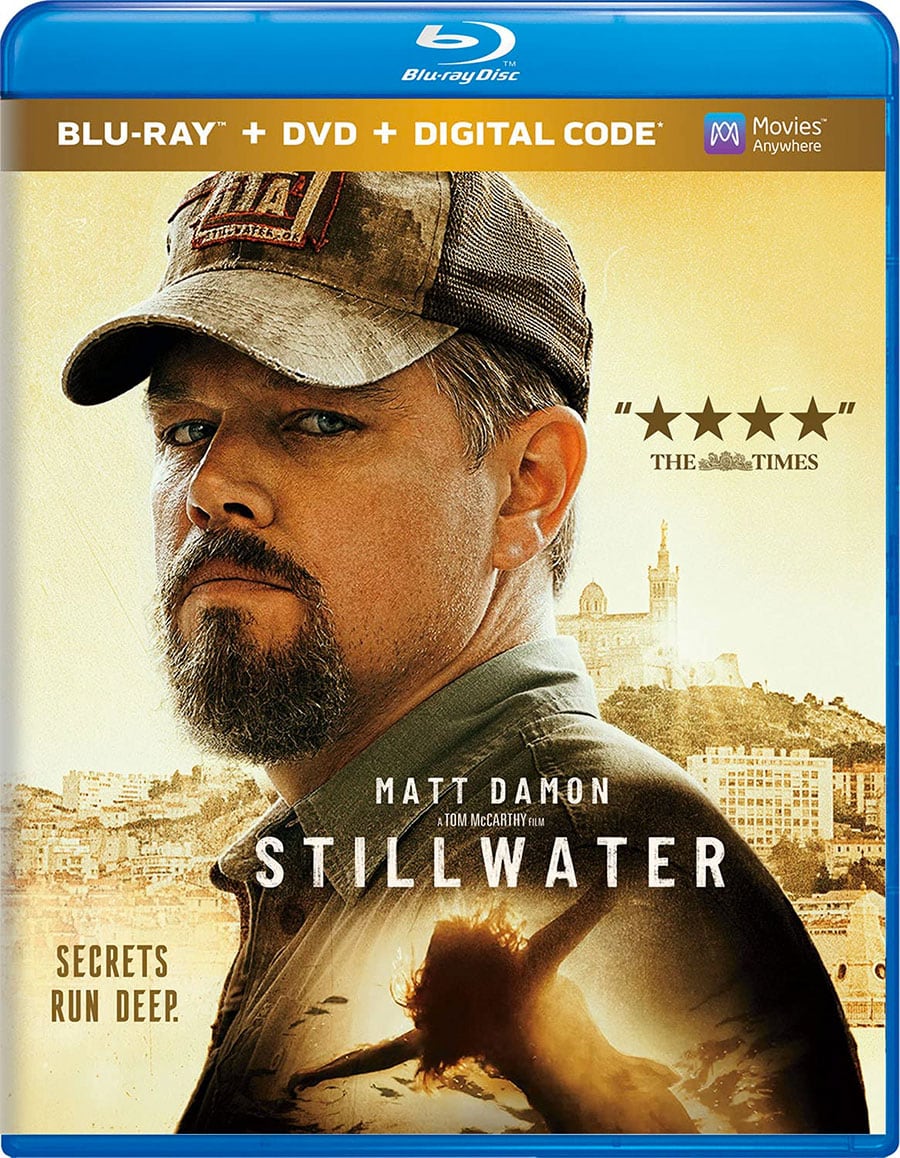 Stillwater is the latest Matt Damon movie, written and directed by Tom McCarthy who wrote and directed stuff like Station Agent, Up, Million Dollar Arm, Spotlight and Christopher Robin. I didn’t have any expectations for the movie but this is a good drama about flawed people trying to make up for past mistakes.

The movie is about an oil worker and father, Bill Baker (Matt Damon) from Stillwater, OK who travels to Marseille, France to visit his daughter Allison (Abigail Breslin). Allison is serving a 9-year sentence in prison for killing her girlfriend and roommate. Bill takes matters into his own hands to prove her innocence, sometimes making things worse. While over in France, Bill meets Virginie (Camille Cottin) and her daughter Maya (Lilou Siauvaud) who helps Bill navigate the French city and helps translate for him. Bill’s main goal while in France is to get his daughter freed, whatever it takes.

Matt Damon and a movie that takes place in France – of course I’m going to check it out. This is a different type of Damon movie though since it’s a drama and a character he’s not normally playing. Some roughneck type of guy from Oklahoma. You look at him and think, yeah he probably voted for Trump. Funny enough, the French characters in the movie asked him if he did and he said no, he didn’t vote at all because he had a record. I thought that was pretty funny that it was even addressed though.

Stillwater seems like a realistic movie, in that the relationship, friendships and how flawed some of the characters are, feel real. This movie felt like the movie Prisoners, with Hugh Jackman…to some degree anyway. A father trying to do right and take things into his own hands, but gets in his own way. Definitely similar characters but still a vastly different type of movie. In the end, this is a Father/daughter movie where both characters need to work out some demons. Seeing Bill have a relationship/friendship with Virginie and Maya was nice and grounded. I had a hunch that what he did in the movie was going to bite him in the ass down the line though.

The Blu-Ray contains 3 featurettes that aren’t very long. While they give you some stuff about the filming, it’s not a whole lot in the end. One about the overall story, characters/actors and things like that. Then another about the locations in Marseilles and then one about writer/director Tom McCarthy. For video quality, I thought the movie looked great for the most part. A few times in certain parts, it looked grainy but it could have been my player and HDMI connection. I also tried to watch a few minutes of this on YouTube while feeding my baby son and there weren’t any subtitles for the French actors. If you want to watch this on digital, stick with Vudu.

Tom McCarthy wrote and directed an interesting drama. The acting from Matt Damon and others were strong. It’s funny how a hat, flannel and a goatee can change an actor that you barely think – oh, that’s Matt Damon. I liked how the movie was set in Marseilles, even though this type of story could have been told in any non-American city. Having it set in Marseilles does give this movie some added character though. The main part of this story is seeing Bill trying to navigate through a city where he’s a typical American guy, trying to find his way in a city where he doesn’t speak the language. I thought the movie could have been a half hour shorter but overall, a surprisingly good movie that’s worth watching at some point.

Features:
An alchemy of Viewpoints
An American in Marseilles: The locations of Stillwater
With Curiosity & Compassion: director Tom McCarthy