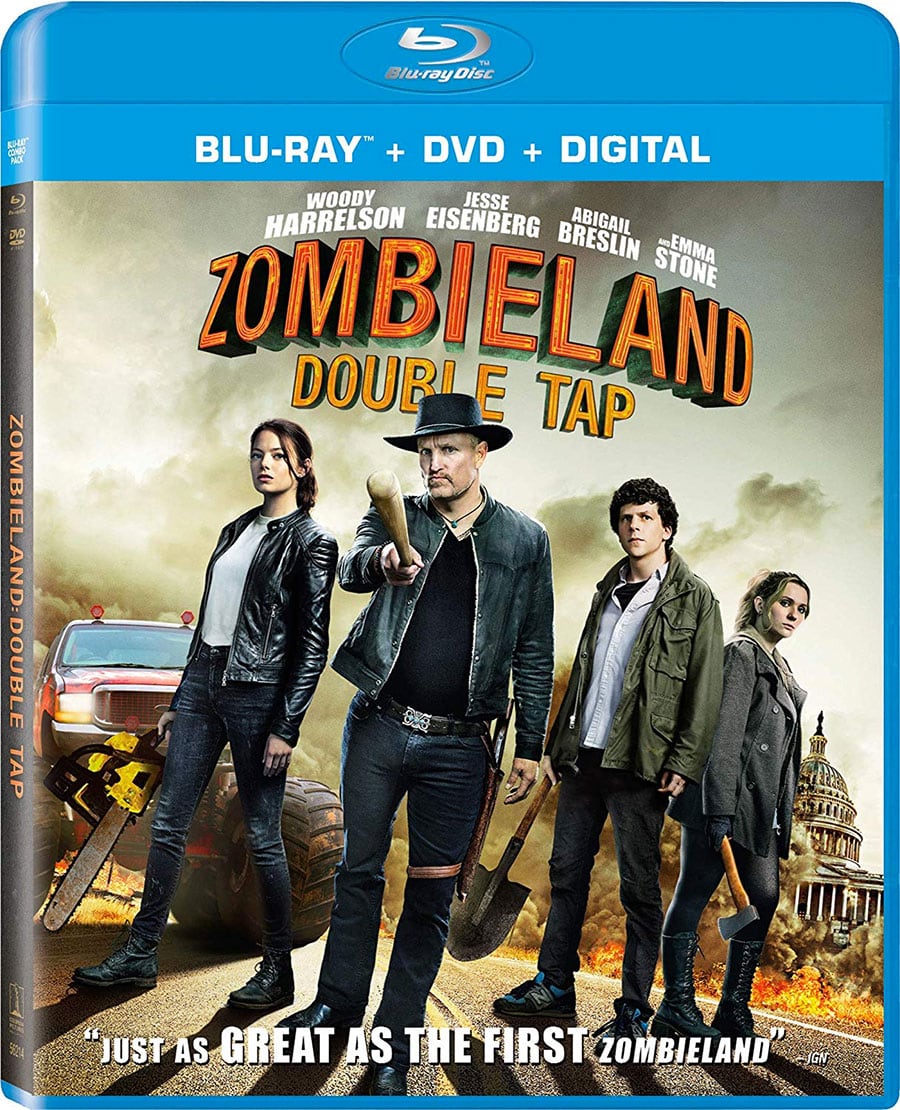 It’s been 10 years since the last Zombieland but the long awaited sequel is finally here. I’ve been looking forward to a sequel for years and thankfully I wasn’t disappointed with this.

A decade later, Tallahassee (Woody Harrelson), Columbus (Jesse Eisenberg), Wichita (Emma Stone), and Little Rock (Abigail Breslin) have made the abandoned White House their new “home.” Tallahassee has become an overbearing father figure to Little Rock and Columbus proposes to Wichita, which scares both of them off. A month later, Columbus meets a ditzy girl named Madison (Zoey Deutch) who miraculously survived the apocalypse for 10 years. Then Wichita comes back to ask for help in bringing back Little Rock, who went out west with some hippie guy.

I was hoping the sequel would be good and gladly, it was in my opinion. It was great seeing these characters together again. Like the movie even says, there’s so much zombie content out there right now, thanks for coming back. With Walking Dead, I’ve definitely have zombie fatigue but with Zombieland, at least this is a comedy and it’s not some drama with no hope in sight.

What I liked about Zombieland was that the characters survived in the end (well most of them – sorry Bill), and it was a different take on the genre. With Double Tap, it’s more of the same for the most part and that’s fine. I’d rather they didn’t change around too much stuff and keep everything we liked about the first movie in tact. The characters together are hilarious, it’s a road trip movie, there’s a bunch of funny rules to stay alive and there’s another bad-ass Metallica intro again.

Woody Harrelson is great again as Tallahassee, and Jesse Eisenberg and him work really well together. The movie spoofs the duo in a way when they meet their doppelgängers. It’s arguably the best part of the sequel. Rosario Dawson was good but sort of underused little bit. I’m surprised they didn’t have Tallahassee have a whole room of Twinkies from the 10 years they have been around in that world. Were all the Twinkies gone already? I actually think the best addition to the movie was Zooey Deutch. Seeing everyone interacting with her character brought some hilarious moments. There’s some twist and turns in the movie as well; plus an end credits scenes worth watching if you liked the first movie.

The special features for the Blu-Ray contains a bunch of stuff. There’s deleted/extended scenes, gag reel/bloopers, various featurettes about Bill Murray’s end credits return, the cars of Zombieland, new cast members, the single take Doppelgänger fight and some other things. I liked watching the bloopers and outtakes of course, but also enjoyed a few of the deleted scenes. A day with Bill Murray was good too and looked like Bill Murray was having a fun time killing zombies. Spin-off idea, love to see him in a Zombieland spin-off where you see him surviving the land until his departure in Zombieland 1. Guarantee it would do well at the box office. The rest of the extras were interesting and worth checking out if you liked the movie. Definitely a bunch of stuff to watch in the special features section.

Zombieland: Double Tap took a long time to get here but glad it finally arrived. It’s funny, more of the same but nothing wrong with that. It was great to see the original cast back together killing zombies, and I liked the new characters as well. Hopefully it doesn’t take another 10 years for the next movie. 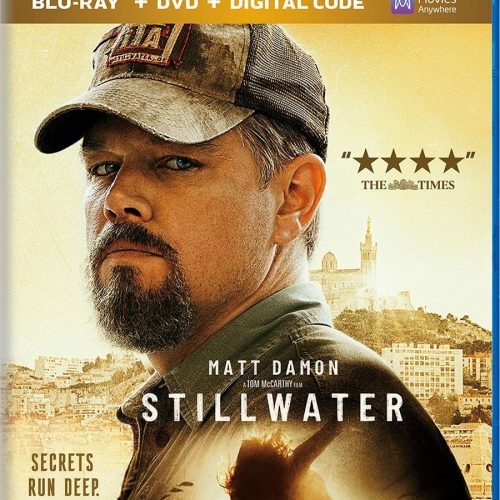