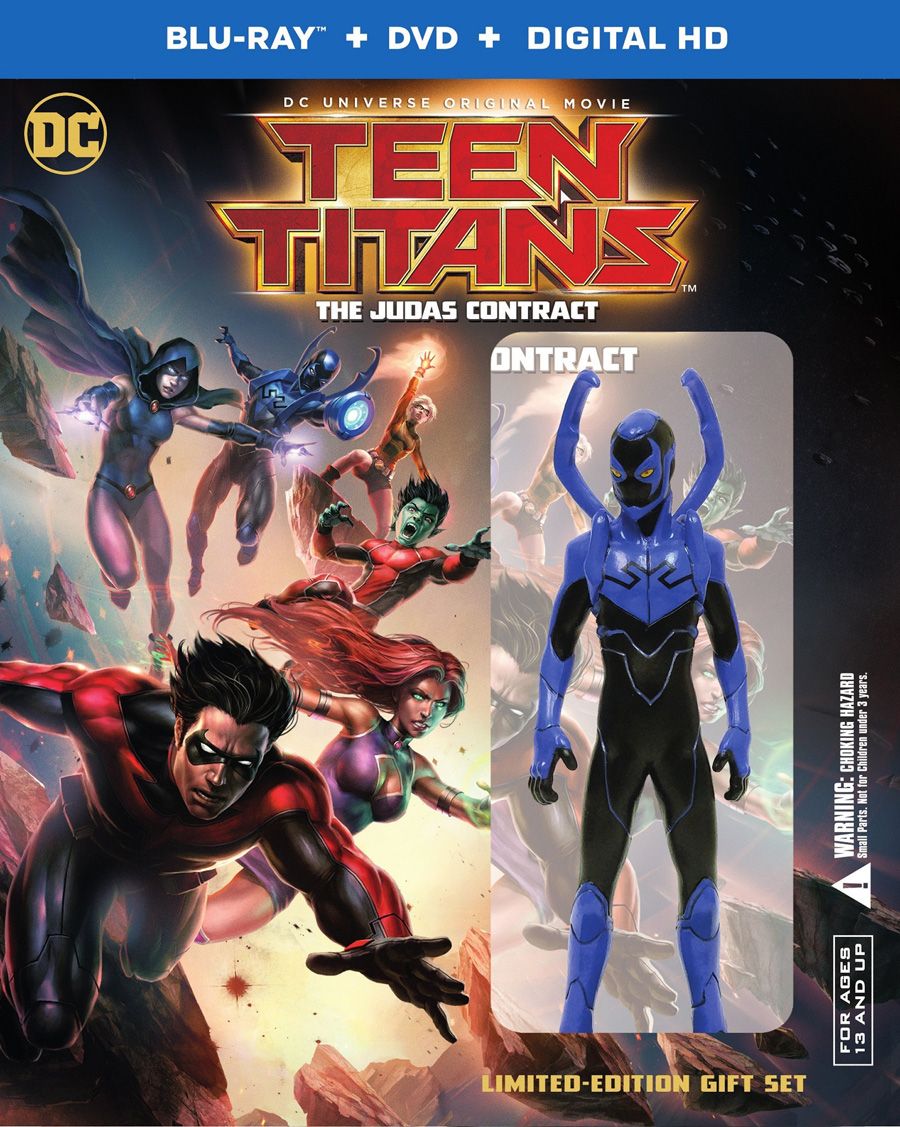 With the venerable Teen Titans finally hitting their stride as a team and, to an extent a family, suddenly they find themselves with a wolf hiding amongst the flock. With an ancient evil looming on the horizon and an old enemy hiding in the dark, can the Titans work things out amongst themselves before it’s too late?

Picking up shortly after the end of the “Justice League VS Teen Titans” animated movie, “Teen Titans: The Judas Contract”, loosely based off of the seminal Teen Titans storyline of the same name from 1984, begins with a flashback to the events leading up to Starfire joining the team and fast forwards to the present team with Terra now in the fold. For those of you not in the know, Terra was introduced in a post-credit scene following “Justice League VS Teen Titans” and was seeking the Titans help. Terra has some animosity for most of the Titans since she believes that their thoughtfulness and caring nature is nothing more than a lie and they each have their own agenda to get close to her.

As the Titans have issues within, outside of Titans Tower an ancient evil know as Brother Blood and his nefarious organization H.I.V.E. plot to bring the Titans down from within. Seeking revenge on Damian Wayne/Robin, it is also revealed that Deathstroke is working with Brother Blood to help take down the Titans due to Robin’s current involvement with them.

If you’ve been following along with the past half dozen or so of the most recent DC animated movies, you’ll know that most of them take place within the same universe and they usually tie together in some way. For “Teen Titans: The Judas Contract”, Deathstroke is seeking payback towards Nightwing and Robin for foiling his plans in “Son of Batman”. While this makes sense to move this particular version of the story along in the animated movie universe, personally it doesn’t have the same emotional hook that the original comic book storyline did. Instead of having the hatred and urge for revenge due to his son Grant Wilson (AKA Ravager) dying while trying to carry out the contract from H.I.V.E. to assassinate the Teen Titans, this version feels somewhat empty since Deathstroke’s main reason to take the contract on the Titans is because he doesn’t like Damien Wayne. Really though, who doesn’t hate Damien Wayne?

Barring some other alterations from the comic book version of “The Judas Contract”, I felt that this version was still a solid tale that held true to the source material. I liked the fact that they played heavily on the relationship between Nightwing and Starfire as not only a romantic couple but as mentors and confidants to the younger members of the team. I was surprised to see the hints of Terra and Deathstroke possibly being romantically involved but it worked out in the end and made Deathstroke look like the mastermind and master manipulator that he can be. It was also interesting to see some of influences show up from the “Teen Titans” animated series in regards to the relationship between Beast Boy and Terra. Terra was also fleshed out a little more than she was in the original story. Instead of just being a plain old psychopath who wanted everyone dead out of rage, you got to see her start to turn the page only to have her life ripped right out from under her by no cause of her own. It worked out better for this particular version of the story since now, moving forward Beast Boy will have to deal with the ramifications of what happened and will always wonder “what if”?

I’ve said it many times before and I’ll say it once again…the DC animated movies, especially now with more movies tying together into a new animated universe, and a cut above the rest. While we may not be able to see “The Judas Contract” or “Justice League Dark” in live action on the big screen, the connecting movies are the next best thing. They are always full of surprises and it seems that these movies have much more creative freedom than the live action films ever will. As this animated movie universe moves forward, the potential for animated movies focusing on anything from Swamp Thing to Etrigan the Demon is endless. Here it is over thirty years later and we have an animated movie of one of the coolest comic book stories of its time in all of its American anime glory.

“Teen Titans: The Judas Contract” paid its respect to the original story arc but managed to take the modern team of Titans and fluidly weave them into a modern take on the tale. Brother Blood was a good choice for a generic evil-doer but I was much more impressed with the multidimensional take on Deathstroke as his character grows within the animated universe. The Titans also played off of each other, especially with the newcomer in Terra joining the team, and they really felt like a dysfunctional family that cared about each other. Nightwing and Starfire were badass together and Beast Boy and the Blue Beetle managed to work in some comedy relief and emotional plight for good measure. My only gripe with the film is that sometimes it felt that there were gaps in the writing as if something else was supposed to happen but was changed at certain points. It felt choppy at times. Other than that the animation was on par with the other recent DC animated movies and the voice acting was top-notch with Christina Ricci adding to the cast as well as one final kickass performance from the late Miguel Ferrer as Deathstroke.

If you’ve been following along with the recent string of concurrent DC animated movies then this movie is a must have for your collection. If you are possibly new to the fold or are mostly familiar with the “Teen Titans” or “Teen Titans Go!” animated series on Cartoon Network, “Teen Titans: The Judas Contract” is not only a great introduction to the new DC animated universe version of the Teen Titans but also a gateway to one of the best comic book stories of the past forty years. You can’t say no to that contract!

Bottom Line: Continuing the tradition of excellent animated movies within the ongoing DC animated universe, “Teen Titans: The Judas Contract” will have fans of the Titans both old and new…animated or inked, talking about the Titans again. While some liberties were taken with the source material, some of those changes were for the better as it added more depth to some of the characters.
Running Time: 84 Mins.
Rating: PG-13
Extras Rating:
Overall Rating: 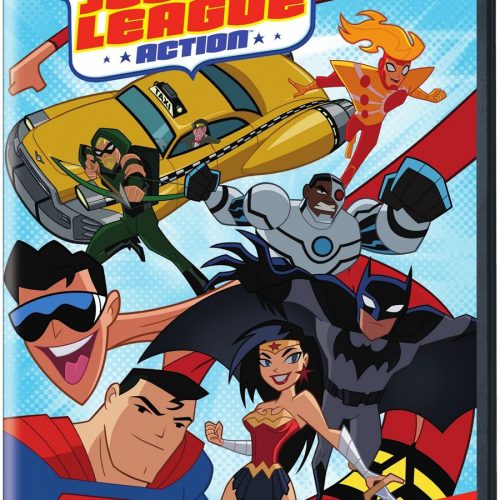