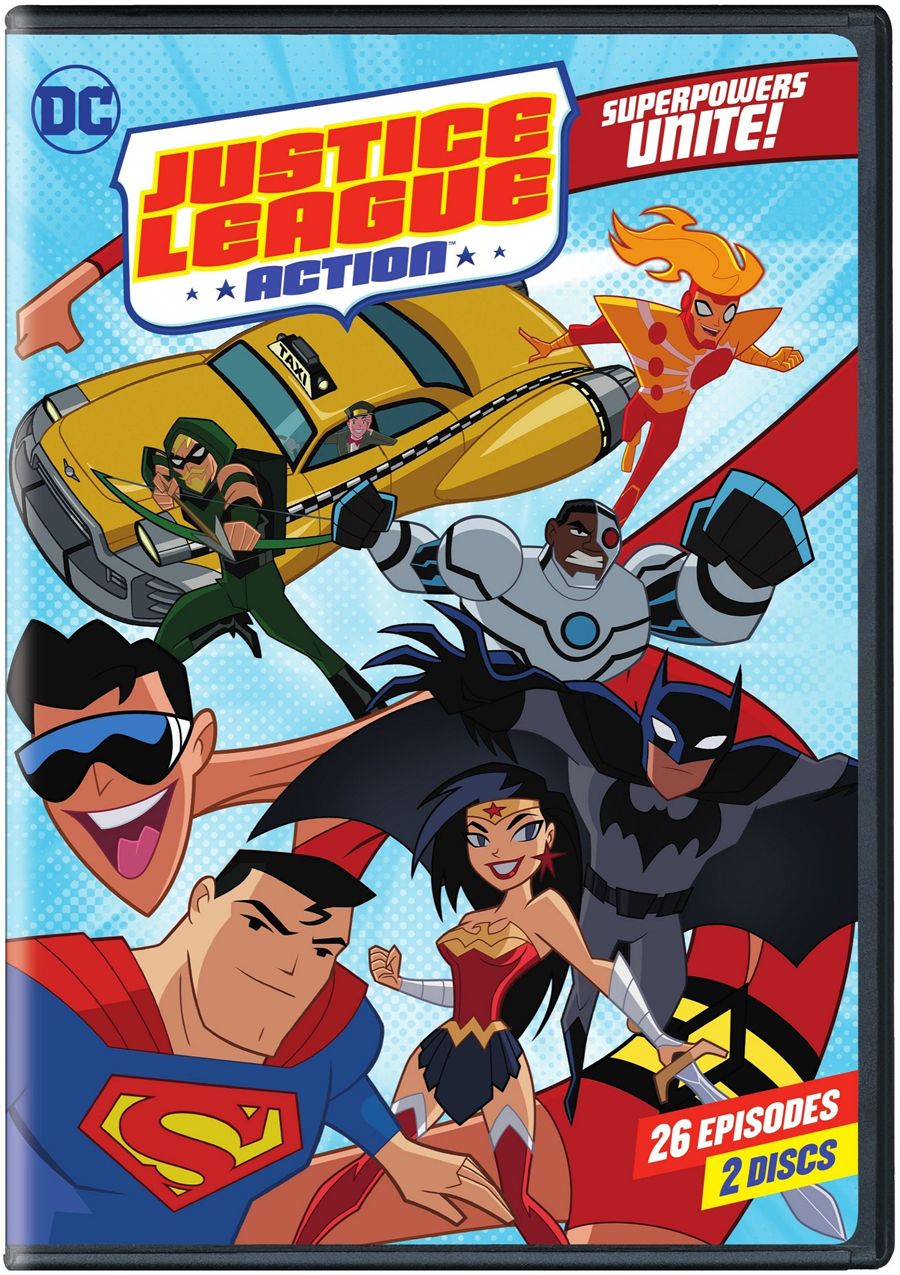 The world’s most beloved DC Super Heroes are back together – but unlike any iteration you’ve ever seen – as Warner Bros. Home Entertainment and DC Entertainment present Justice League Action: Season 1 Part 1, the first DVD collection of the hit Cartoon Network animated series!

While watching through “Justice League Action” I couldn’t help but draw comparisons to the vastly underrated “Batman: The Brave and the Bold” cartoon from a few years back. The premise is the same…there is a rotating cast that usually focuses on one or more of the Trinity but includes characters such as Dex-Starr (!), Big Barda, John Constantine, Swamp Thing, Etrigan the Demon, Lobo, Firestorm, Stargirl, Booster Gold, Martian Manhunter and just about any random DC superhero/heroine that you can think of, and these team ups usually include some fun and wacky happenings but that also appeal to an older audience with tributes and Easter eggs to other animated shows and comics. No two episodes are exactly the same as in one episode the heroes are transported to a mystical limbo and in another they’re fighting off Parademons on Apokolips.

The voice cast is an all-star ensemble as Kevin Conroy returns to voice Batman once again, Mark Hamill provides life to Swamp Thing and we also get voicework from Christian Slater, James Woods, Carl Reiner, Deidrich Bader (who actually voiced Batman on “Batman: The Brave and the Bold”), Robert Picardo, Michael Dorn and Andy Richter just to name a few. Some of those actors reprise roles that they’ve voiced for other DC animated projects.

I like that they show is a change up from the norm with episodes being under 15 minutes and they are usually action-packed from start to finish. The writing is witty and humorous without being overly campy and corny. The little bit of campiness is what adds to the shows charm. I found myself laughing out loud, especially in regards to parts with Booster Gold, Firestorm and Lobo. The Main Man was a welcomed sight since I don’t recall him appearing in anything of the DC animated sort since the first episode of “Young Justice”. I also found it humorous that they replaced Constantine’s smoking habit with and affection for lollipops. Also, Batman teaming up with Dex-Starr to defeat Lobo is one of the greatest things that I have ever witnessed in the DCU.

Whether you have young children to share viewing time with in the morning, you record it for yourself, download episodes for streaming or have picked up the DVD release, you will definitely enjoy “Justice League Action” if you are a fan of anything released in the DC animated line of movies or TV shows. Fans of “Teen Titans”, “Batman: The Brave and the Bold” and the more humorous side of the DC universe will enjoy this release immensely. I know that I have and I’m looking forward to part 2 releasing in the near future.

Bottom Line: Similar in the vein to the likes of “Batman: The Brave and the Bold”, “Justice League Action” provides you just that…lots of action in short doses that’s filled to the brim with funny antics and humorous characters.
Running Time: 290 Mins
Rating: Not Rated
Extras Rating:
Overall Rating: 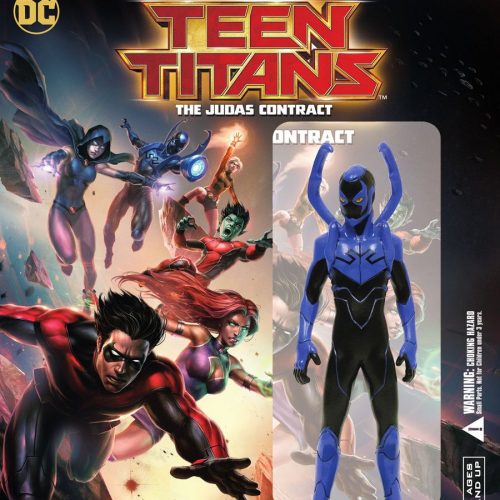