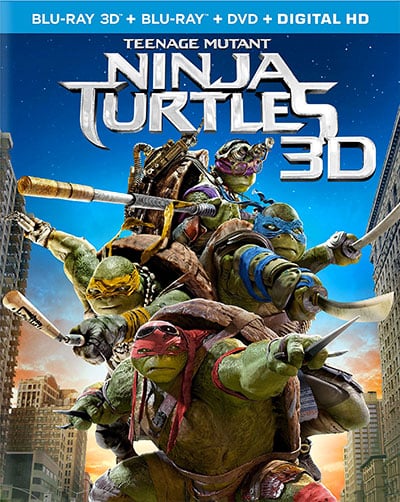 The current trend of Hollywood of rebooting every movie or TV show from the 80s and 90s continues to shit on my childhood. Teenage Mutant Ninja Turtles, directed by Jonathan Liebesman, is the latest movie to do so. Fans of TMNT will be disappointed by this reboot.

Just like the original movie and comics, April O’Neil (Megan Fox) works for Channel 6 news. That’s about as close to the comics/movies you’re going to get. She investigates the foot clan and then stumbles upon masked ninja turtles one evening. No one believes her that they exist so she digs deeper and finally meets them. There’s 4 mutant ninja turtles, Leonardo (voiced by Johnny Knoxville), Raphael (mocap & voice by Alan Ritchson), Donatello (mocap & voice by Jeremy Howard) and Michelangelo (mocap & voice by Noel Fisher). Their master is a kung-fu rat Splinter (voiced by Tony Shalhoub). While getting to know April, Splinter gets injured by Shredder who shows up out of nowhere, turtles get captured, escape, etc… Shredder and evil rich man Eric Sacks plans to do something to New York City. ZzZzZz, sorry I dozed off for a moment.

I don’t necessarily mind a reboot of TMNT but this one really missed the mark on many areas. The story was stupid and shits on the original storyline. The turtles were actually pets of April O’Neil and her scientist Father back in the day? Come on, that’s so freakin’ stupid. I mean, even more stupid than me discussing a movie about ninja turtles. Besides the incredible stupid plot that they couldn’t stick to, the editing was awful and lots of scenes felt really rushed. I’m not saying I wanted more of this movie but perhaps some things would have made sense if things were fleshed out more. I thought the look of the turtles were fine except the noses or lack thereof could have been more pronounced.

I actually thought the CGI/motion capture turtles were excellent besides the fact that the turtles’ faces were sort of creepy…especially Michelangelo’s and Donatello’s. I thought Tony Shalhoub’s voice for Splinter was just plain wrong. Splinter looked the worst out of all the CG characters. I still prefer guys in suits and puppets to CGI but the turtles looked decent at least. I thought Megan Fox was laughably bad in this movie. We know why she was in the movie but god, she can’t act. I nearly lost it when she said “they were my pets and I named them after Italian renaissance painters.” Another problem with the movie was the movie focused more on her than the turtles.

I did end up liking the last 25 minutes or so. The turtles finally had some time on screen, you got to know them a little bit and the action scenes were fun I suppose. But in the end, the movie was all over the place and none of it made any sense. If they just stuck with the original storyline and didn’t tinker around with things, this would have been a nice reboot.

If you buy the Blu-Ray, you can watch some featurettes about the movie, there’s an extended ending, a music video and a making of that music video. My Blu-Ray also came with ninja masks with all 4 colors so that’s got to be great for people with kids…or adults who like to act like a kid.

This movie could have been a lot better and in the end, it’s just a clusterfuck. There’s a few moments that are fun and entertaining but other than that, this movie is one giant eye roll. 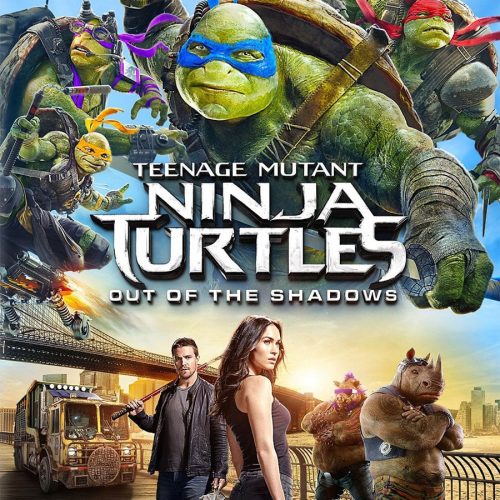 Teenage Mutant Ninja Turtles: Out of the Shadows Trailer Premieres