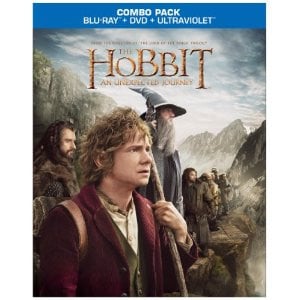 Before the events in The Lord of the Rings, the quest to the Lonely Mountain happened with Bilbo Baggins (Martin Freeman), the dwarves, and Gandalf (Ian McKellen) happened. Bilbo has an unexpected party visit his home in Bag End, no thanks to Gandalf the Grey. The plan is for Bilbo to join their group as a burglar to capture back the arkenstone from Smaug the Dragon and take back their home in the Lonely Mountain. Bilbo is reluctant to go but soon realizes he’s in need of an adventure. In order to get to their destination, they need to first tackle trolls, goblins, wargs, albino orcs, stone monsters and other things.

As a reader of the Hobbit and The Lord of the Rings, I absolutely loved seeing the Hobbit: An Unexpected Journey. I originally saw the film in normal 2D, without any of the bells and whistles. I rather watch the movie without complaining about everything like so many others did. I’m glad I did because I’m not sure if I would have liked the fast film rate. This has already been talked about to death so I’d rather talk about the Hobbit instead.

Splitting up the book into three movies is fine with me, because the more time spent in Middle Earth, the better! Peter Jackson is taking pieces of the Epilogue and expanding on that. If he can make it work (which he will), then I’m all for it! The Hobbit book breezes by so many scenes so I think it’s smart to expand on certain stuff. I thought the opening scene at Erebor was amazing and got me in the right mind that this Dragon is someone you shouldn’t mess with. Things like that and the Radagast The Brown/White Council scenes may not be relevant to the Hobbit storyline but it’s necessary for the grand scheme of things.

Acting wise, I thought the cast was brilliant. It’s amazing and a marvel to see Ian McKellen as Gandalf The Grey again. Martin Freeman as Bilbo was a perfect casting choice if my opinion. I originally thought Richard Armitage was way too young to play Thorin, but this movie version has him more as a younger dwarf badass than an older dwarf king. It works and Armitage does a great job. I think that Hobbit cartoon originally tainted my picture of what Thorin would look like. Like the Lord of the Rings, Andy Serkis steals the scenes he’s in and knocks it out of the park. The special effects for him have improved but not in the way that’s its obvious to the casual movie fan.

I thought the overall special effects were pretty damn good but had a few minor grumbles to me. I thought Radagast The Brown’s bunnies were a bit silly but so were the wargs. I actually thought Azog looked excellent, same with Gollum obviously. I don’t mind Radagast’s bunnies and his sled chase scene but it’s about the only scenes that felt really CGI to me. I had that same feeling for Two Towers for the warg attack on Rohan. But for the most part, I thought the special effects were good.

I have a feeling there will be an extended edition or deluxe Blu-Ray edition in the fall so the extras for this are somewhat light. You have the 10 excellent production video blogs that were posted throughout the filmmaking process, an access code to see the next trailer for The Desolation of Smaug, hosted live by Peter Jackson on March 24th at 3pm EST/12pm PST and there’s a quick featurette on New Zealand. The production diaries are fantastic and really got me into the movie making process, and as a fan, I simply loved watching them. BUT…I was hoping for something new in terms of behind the scenes so I would expect to see some other editions of this movie out in the near future.

Features:
Includes 10 Production Videos: Embark On Your Own Journey Behind The Camera With Director Peter Jackson As He Personally Guides You Through The Adventure Of Creating The Hobbit. Join Him From The Start Of Production And Visit Hobbiton, Go On Location, See How Jackson Pushed The Boundaries Of Filmmaking And Walk The Red Carpet In 10 Comprehensive Video Blogs He Created Especially For Fans 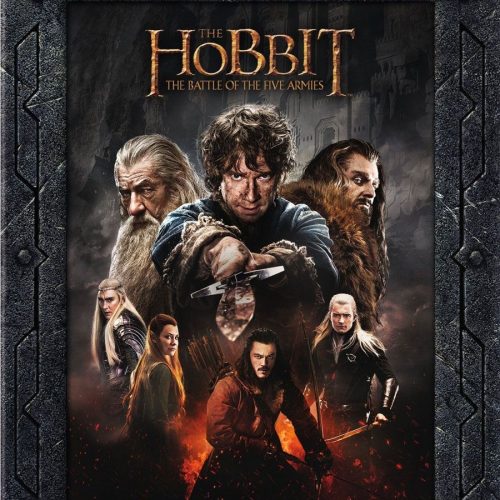 The Hobbit: The Battle Of The Five Armies – Extended Edition (Blu-ray + UltraViolet)

Peter Jackson announces the cast of The Hobbit!