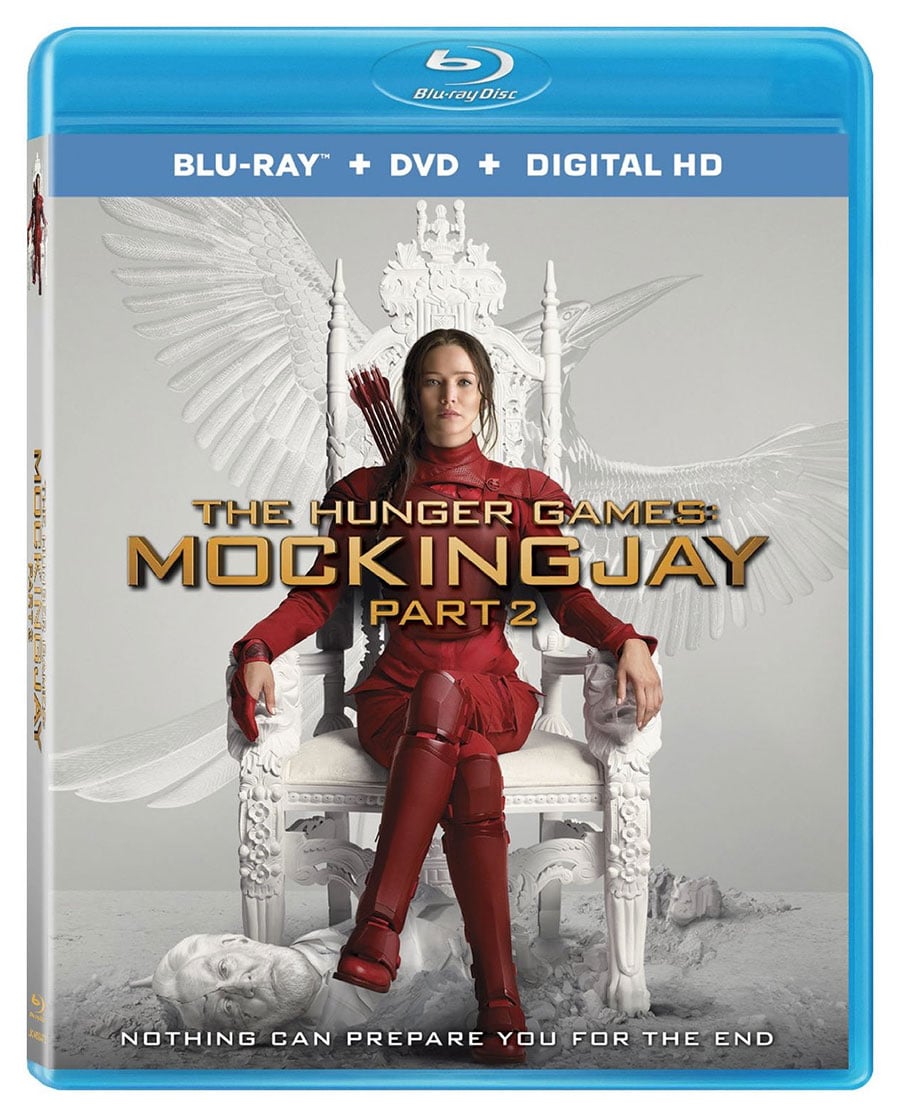 You’d think the last Hunger Games movie would be this all-out-war and excellent finale but it’s not. The movie ends with a whimper and is very disappointing, but I guess book readers already knew that.

The movie starts with Katniss (Jennifer Lawrence) recovering, after she got choked out by a brainwashed Peeta (Josh Hutcherson). The rebels try to rally the loyalists but Katniss gets injured (again) in the process. When an invasion on the capitol is planned by the rebels and the leader President Coin (Julianne Moore), Katniss sneaks aboard one of the ships to assassinate President Snow (Donald Sutherland) herself. She and her team will have to overcome a bunch of deadly obstacles to do that though.

I never read the Hunger Game novels but my wife has. She has warned me from the beginning that the finale was meh. I didn’t want to believe her but she was right. The final two movies weren’t that great. Lions Gate definitely didn’t need to make this a two parter. I know why they did it but the movies suffered for it. The first part was just them making propaganda films and walking around war zones. The second part is them walking around the capitol, not doing much until the last hour. They could have cut down a lot of this stuff to make it one movie because honestly, it wasn’t that interesting. I loved the first two movies but the last two just didn’t come close. Part 1 and 2 are just okay, not offering anything satisfying. By the time Katniss gets her chance to kill Snow, well it didn’t happen the way I thought. The epilogue at the very end was disappointing, but at least the characters didn’t have awful wigs like they did in Harry Potter and the Deathly Hallows Part 2.

When watching the movie on blu-ray, not sure if it was my disc or what. During the tail end, during an important part, the disc stuttered a bit and skipped. I missed the part with Katniss shooting the arrow at someone and had to rewind back a few seconds to see what happened. Maybe the disc was dirty but that annoyed me. As far as the bonus material, the blu-ray has over 5 hours of stuff! That’s a lot to go through and it’s double the length of the movie. There’s an 8 part documentary that includes all the stuff you’d expect from a long featurette like that. There’s a few other things on the blu-ray but the documentary is the major sell. Well worth watching if you enjoyed the movie.

“Pawns No More: Making “”The Hunger Games”” – Part 2″: An 8-part documentary with an in-depth look at all aspects of the making of the final movie including the acting ensemble, visual and costume design, special effects, post-production, and more!
“”The Hunger Games””: A Photographic Journey
Cinna’s Sketchbook: Secrets of the Mockingjay Armor
Panem on Display: “The Hunger Games”: The Exhibition
Audio Commentary with Director Francis Lawrence and Producer Nina Jacobson