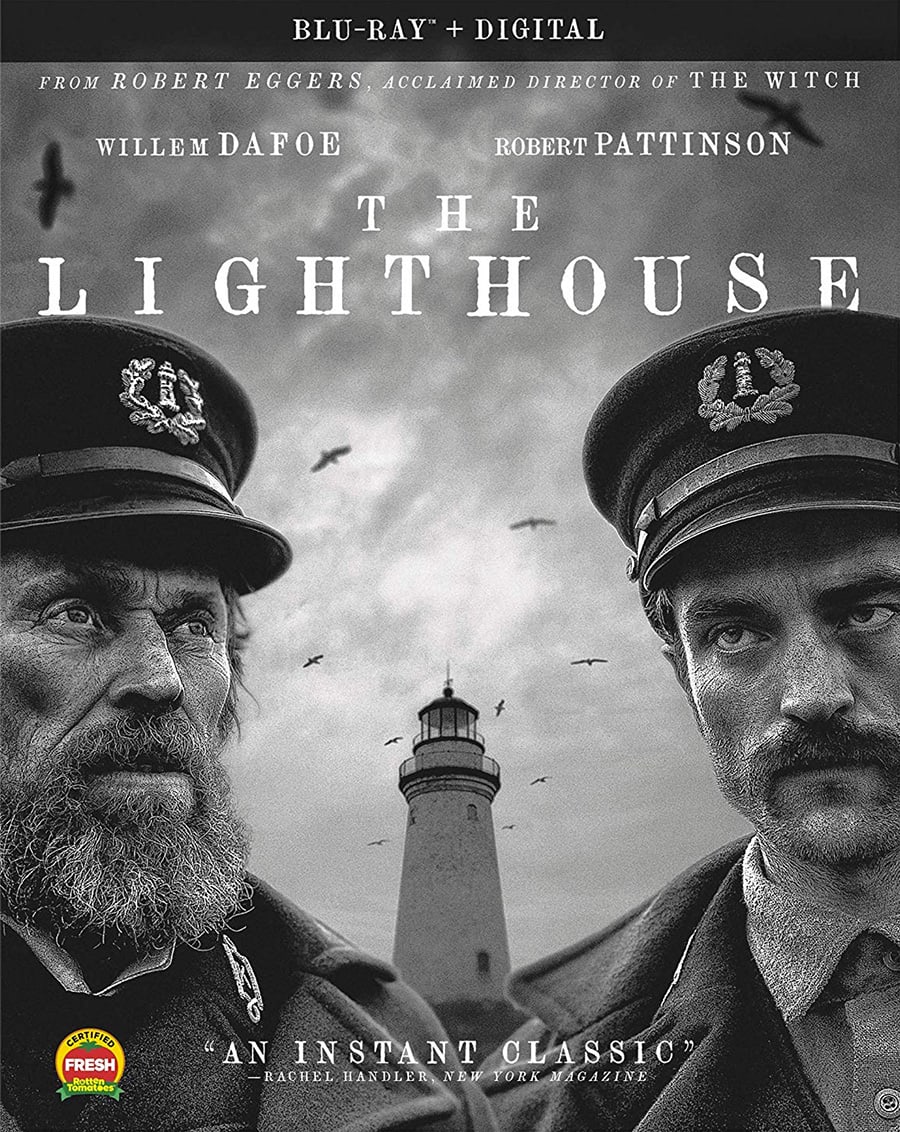 The Lighthouse looked like an interesting movie based on the trailer, but it garnered a lot of praise when it premiered during the festival season. After seeing the movie, it’s certainly a weird one but the way it was shot was amazing!


Pretty much the only thing you really need to know about the plot is that it takes place in the late 1800s and it’s about 2 lightkeepers stationed at a remote New England lighthouse for 4 weeks. Old Thomas Wake (Willem Dafoe) and young wickie Ephraim Winslow (Robert Pattinson) show up to the lighthouse, only to find themselves losing their sanity as they get stranded there when a nasty storm hits.

I heard the performances of this movie was worth watching and it got a lot of praise so I decided to give it a shot. I also heard it was a pretty bizarre movie and that’s certainly true. It’s not the type of movie I would want to watch again but I was interested in seeing what happened with the characters. Before watching, I was thinking maybe one of the guys wasn’t real the entire time. Then again, you see 2 lightkeepers leaving in the beginning so I threw that theory out. Kind of figured what would happen next though.

The Lighthouse was described as a horror drama but I didn’t see that at all. It was more like a psychological thriller or a case study on 2 guys losing their damn minds, isolated in a lighthouse with nothing to do but talk weird, drink alcohol, fart and jerk off to mermaid statues. I think the biggest takeaways from this movie was the acting from Dafoe and Pattinson, but also the way it was shot.

The performances they gave were really strong and award-worthy. Dafoe seems to pick these artsy movies every once and awhile and is usually rewarded for it. It was shot full screen/1.9:1, black & white and grainy. It definitely felt like at times you were watching an ancient film that was filmed on some old timey camera with some colors removed to give off these heavy blacks and punchy grey colors. The score for this was very minimal, and added to the weirdness to the movie. Half the time you’re hearing the bell from the lighthouse. Hearing that over and over will make anyone go insane.

Besides the way the movie was shot, there was also a lot of surreal, dream sequences and fantasy elements to the movie. That’s where the weird and bizarre comes in. The Lighthouse isn’t always all serious because there’s a few moments I laughed out loud at the dialogue or what happened. At one point, Ephraim is carrying chamber pots of shit and piss to the cliffs and it’s windy. Well, you can guess what happened with that. There’s one scene at the end I hope there is a GIF for or if not I’m going to make it. It’s Ephraim yelling at Thomas about his farting. It’s just a funny line, especially in a Boston / New England accent that Pattinson gives. “Gawd damn faaartts.”

The Blu-Ray has some special features to check out if you like the movie. I liked watching the extras for this because I was interested in how they came up with this story, how it was shot and what the actors thought about the filming. You get all of those things. It was weird seeing things in color while they were filming but was cool to see how they came out some of the shots and decisions. They shot with some filters like taking out the red of the filming, or certain times putting that back in for certain shots. When there’s barely any light source in the shot, in reality the light there was so bright it was blinding the actors. I like that kind of stuff in featurettes and how they did certain stuff. I didn’t bother watching most of the deleted scenes but they are in there too, along with audio commentary.

Don’t get me wrong, The Lighthouse is out there and a lot of people will probably dislike this movie. For some reason, the more I think about it, the more I like it. The performances are excellent but the way the movie was shot is worthy of some nominations during the award season. If a black & white, bizarre psychological thriller starring 2 actors is your thing, you’re going to love this movie.

Bottom Line: A bizarre, beautifully-shot psychological thriller with some great performances that won’t be liked by many but I found it interesting.
Running Time: 110 mins
Rating: R
Extras Rating:
Overall Rating: