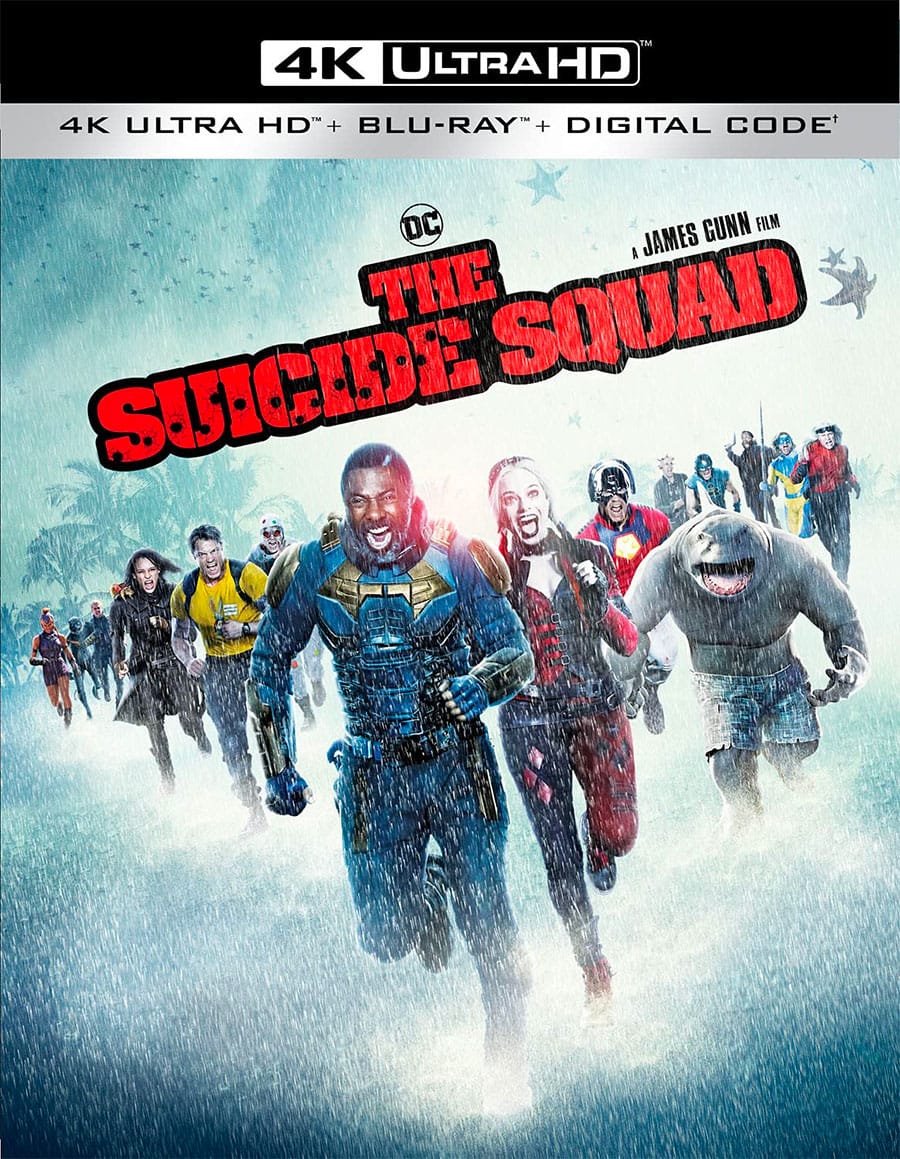 The Suicide Squad is a movie we should have gotten the first time around. The redo of the comic book movie is light years better, has more humor, crazy and wacky, better overall characters and is just an enjoyable comic book movie – thanks to James Gunn.

The movie is about Amanda Waller (Voila Davis) gathering up a bunch of bad people known as Task Force X or The Suicide Squad to go up against equally bad people to cut 10 years off their sentences. They are sent to a South American island nation named Corto Maltese after it’s government is overthrown. Two teams are sent in, one containing Rick Flag (Joel Kinnaman) and Harley Quinn (Margot Robbie). Team B consists of Bloodsport (Idris Elba), Peacemaker (John Cena), King Shark (Sylvester Stallone), Polka-Dot Man (David Dastmalchian), and Ratcatcher 2 (Daniela Melchior). They have to take down the people responsible for some secret experiment called Project Starfish or they lose their heads.

I knew once James Gunn was announced for this movie, he’d do a better job with the source material. It felt like the first go of the movie, it tried to be a Guardians of the Galaxy movie. All these random characters, trying to force feed random song selections down our throats. Thankfully this isn’t the case for The Suicide Squad. Gunn got to make the movie he wanted to do, it’s weird, fun and at times, somewhat gorey. There’s a few standout performances and characters, some characters that carry over from the initial Suicide Squad movie. Having some characters carry over, feels like a sequel but not really. It’s pretty confusing with the way they did it honestly. Once you get over that aspect, it’s a fun ride for 2 hours.

The intro to the movie was pretty great and doesn’t hold back on what type of movie it’s going to be. I had a feeling with all those characters, the result would be what it was since James Gunn isn’t afraid to kill off characters. Gunn uses music like the best of them like Tarantino, Scorsese and Ritchie. Characters we previously seen are more fleshed out like Rick Flag and even more of Harley Quinn. One of Gunn’s strengths is turning monsters or creatures into lovable characters. In this case, it’s King Shark, voiced by Sylvester Stallone. I just wanted to give Shark a hug, even though he’d want to swallow me whole. I never heard of Daniela Melchior but she was so good in this movie. She had one of the best moments towards the end, that added so much personality and compassion to the misunderstood character. I foresee her being in a lot more films after this. David Dastmalchian’s Polka Dot Man was both hilarious but had a lot of depth as well. Similar to Ratcatcher II, Gunn’s script added so much backstory to these weird comic book characters. It’s also particularly hilarious when he sees his mother everywhere and including the creepy scene of dancing with her.

Of course, I can’t forget Idris Elba and John Cena. Elba has a similar story to Will Smith’s in the first Suicide Squad attempt but Bloodsport is so much better. Wish he would be Bond already. John Cena has been so damn excellent in most of his movies, since I’m guessing when he was in Trainwreck onwards. It’s no surprise he’s getting a spinoff series on HBO Max in the beginning of 2022. His character throws out some funny lines but he’s such a piece of crap at the same time. Looking forward to that series. I like Margot Robbie but I’m not particularly fond of her Harley Quinn stuff. She was fine in this movie, but I don’t know, maybe it’s just the character I don’t care for. Plus her NYer-ish accent is annoying, coming from a NYer.

The 4k featurettes included a lot of good stuff because James Gunn knows how to put together some good features for fans. It just sucks it’s on the Blu-Ray disc and not the 4k disc as well. The quality honestly doesn’t suffer from it though. The deleted scenes were decent length and added some more backstory. There’s one with Shark and some kids and Ratcatcher was thinking he was going to eat them. There was one that had a brief exchange between Bloodsport and Rick Flag on why he was on the mission. Let’s just say Voila Davis’s Amanda Waller is a tough women who doesn’t like to be laughed at. The gag reel is very long and I’m thankful for that. Other decent featurettes include how they did King Shark and Starfish special effects. There’s lots of cool things to watch after the movie, that’s for sure.

The Suicide Squad is a much improved and more enjoyable movie than the predecessor. I still had a few minor quips but nothing overly major like I did with the other one. The cast was extremely likable and James Gunn brought out their personalities in no time. It’s a weird, over the top and sometimes gory experience. That’s what makes this movie great and as of right now, underrated in terms of box office numbers. I think if the movie wasn’t on HBO Max, it would have done better but if you’re a fan of comic books, definitely check this one out if you haven’t already!