Subtitled Alexander the Great’s Ill-Fated Journey Across Asia, this book begins after Alexander triumphantly conquered the Mediterranean and Egypt, and chronicles his campaigns into Persia and Asia Minor (specifically, today’s Afghanistan, Pakistan, and part of India).


The recounting of battles and day-to-day life is exceptionally vivid, and thankfully avoids too much conjecture or imaginative liberties (Prevas sticks to his sources, who are, largely, only a handful of ancient biographies). But the most interesting aspect is the personality arc Alexander takes from young, brilliant military leader to megalomaniac tyrant and self-proclaimed god. Clearly, Alexander had allowed himself to be corrupted by power with devastating results.

And not just devastating to Alexander, but to the people of Asia Minor. Envy of the Gods doesn’t take the heroic view that the West has of Alexander, and is therefore not sympathetic toward him. The last seven years of Alexander’s life was a period of alcoholic and sexual excess, betrayal of his Greek and Macedonian troops, and pointless brutality (massacre, rape, enslavement) of conquered civilians – even in cities that didn’t put up a fight.

Envy of the Gods is interesting and provides a more honest view of Alexander that what I remember from school. I get the sense, though, that there are better books about Alexander the Great out there. When it’s not just retelling history and anecdotes from its sources, the narrative is a little sloppy and prone to repetition. I was also disappointed that the book begins so abruptly with Alexander in Persia with no recap of his life or prior exploits to add context to both the history and Alexander’s changing personality. 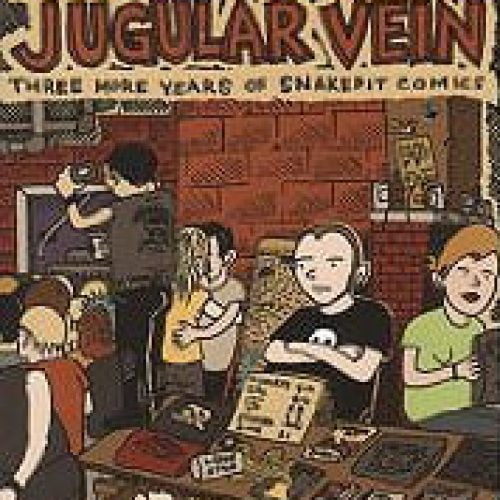 My Life in a Jugular Vein: Three More Years of Snakepit Comics