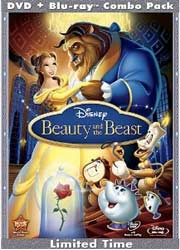 Beauty and the Beast is perhaps one of Disney’s most beloved animated movies. The Diamond Edition contains a DVD and Blu-Ray for your convenience/preference and the film looks excellent on the formats! This edition DVD/Blu-Ray shouldn’t be overlooked if you adore the movie.

The opening of Beauty and the Beast explains that some enchantress goes to a castle to seek shelter, disguised as an old beggar. When the young prince denies her, she turns him into an ugly beast and his servants into furniture and household items. The enchantress gives him a rose to monitor and once he turns 21, he has to be loved and love someone. If all the pedals have fallen off; it means he will have to be the ugly beast forever. Cut to years later, our central character Belle is a young woman and her father is an inventor of the town. While out riding on his horse, her father Maurice ends up at the Beast’s castle and gets imprisoned by the Beast for trespassing. Belle find out this news and goes to the castle to offer to switch spots with her father. Beast realizes this might be the girl he falls in love with and vice-versa but he has to stop being such a cranky pants. If that all goes to plan, the curse will be lifted. The local hero Gaston and a lynch mob threaten to put Maurice into a looney bin, and then go after The Beast as well. So on top of trying to get Belle to fall in love with him, The Beast has to worry about getting killed.

It’s been about 10-15 years since I last watched Beauty and the Beast and don’t really remember much. I remember the servant characters like the cup, candlestick, etc and I remember the singing. I’m not a fan of the singing stuff but it’s not that bad in Beauty and the Beast. It’s more tolerable than other Disney singing films. What makes the Beauty and the Beast a classic is how well the animation is as well as the supporting characters. At least that’s what I think. Characters like Lumiere, Cogsworth, Mrs Potts, Chip and others make the movie for me. The character of the Beast isn’t very likable and you can see why he was transformed that way. The guy’s a jerkoff. I’m a guy with a bad temper but that guy has the worst temper! Frankly, he deserved what he got. Paige O’Hara’s voice-over work for Belle seemed too standard for me but she can sing so I guess that’s why she was picked.

If you get this edition, clearly you’ll want to watch it on Blu-Ray. The Blu-Ray for one, looks phenomenal. It also has most of the special features on it. The DVD has audio commentary, 3 versions of the movie, and a sing along mode. Clearly more and more studios are focusing on Blu-Ray since they have more space to work with on those discs. The Blu-Ray features are impressive with this things like composing a classic featurette, new music videos, Beyond Beauty featurette, never before seen alternate opening and deleted scenes. The alternate opening wasn’t that great and different, and I can see why they went with the other opening. Without a doubt, the best things to watch in the bonus features is Composing A Classic with Alan Menken and the documentary Beyond Beauty. The documentary gives you a real nice in-depth look at the making of the movie, and what was happening at that time of Walt Disney. I highly recommend watching those featurettes.

Beauty And The Beast was right in the middle of the Disney resurgence and is a modern Disney classic. The Diamond Edition is something to buy and be sure to watch this on Blu-Ray! 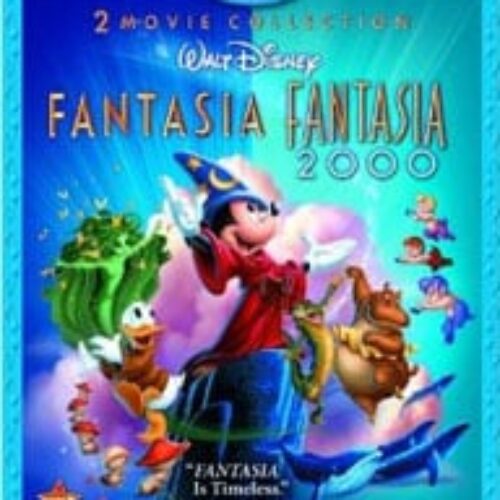