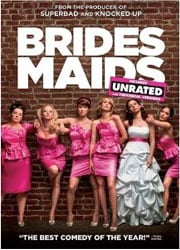 Bridesmaids is probably the funniest movie of the year. It gives you the perspective of the women side of weddings, and shows that women can be just as crazy and disgusting as men can be. This comedy proves that Kristen Wiig isn’t just some character actor but also can lead a funny supporting cast as well!

Down in the dumps Annie (Kristen Wiig) is a single women who just had to fold her bakery business, lost her boyfriend and all her savings. She has an awkward sexual relationship with a full-of-himself douche named Ted (Jon Hamm). She’s stuck having to rent a room with a British brother and sister. Her best friend Lillian (Maya Rudolph) just got engaged. Lillian asks Annie to be her maid of honor and at the engagement party, she meets her fellow bridesmaids. There’s cynical Rita (Wendi McLendon-Cove) who has a husband and three boys, Disney-obsessed Becca (Ellie Kemper), Lillian’s raunchy future sister-in-law Megan (Melissa McCarthy) and Helen (Rose Byrne), Lillian’s fiance’s boss’ beautiful wife. Annie and Helen soon go head-to-head on friendships with Lillian, which doesn’t turn out too well. While this is all going on, Annie meets a local traffic cop Officer Nathan Rhodes (Chris O’Dowd) who happens to be from Ireland. Originally he pulls her over for a broken tail light but the two hit it off. Like with most movies, things get worse before they get better.

Bridesmaids ended up being something I wished The Hangover would have been. We get an original take on weddings, and get a different perspective on things. In the movie, their take of going to Vegas never ends up getting to Vegas which I really enjoyed. The notion of partying in Vegas has gone so cliche and boring for me, so I’m glad Bridesmaids went in another direction with it. The characters and ensemble of the movie is what really sells this movie though. Kristen Wiig really does a great job with her performance. At times she can be too much on SNL, but with this movie there’s just enough of her that her character isn’t over the top like some of her SNL characters can be. Melissa McCarthy was hilarious and a scene-stealer. I wouldn’t be surprised if there’s a sequel based on her character or a spin-off. Jon Hamm was hilarious in the scenes he was in, and I’m just wondering why he hasn’t starred in a comedy yet. The guy clearly has the comedy chops to be a lead in a comedy. It’s also nice to see Chris O’Dowd from IT Crowd getting more and more used over in US. The guy is funny as hell and it’s a bit weird seeing him playing a straight-laced, normal guy compared to Roy on IT Crowd. The rest of the cast couldn’t have been more perfect honestly.

As much as I wanted to review the Blu-Ray, the DVD has plenty to offer as well. There’s a theatrical and unrated version of the movie, gag reel, line-o-rama, deleted scenes, alternate and extended scenes, commentary and more! When you play the movie, make sure you go to the bonus section because that’s where you have to select to watch the unrated version. The gag reel was pretty damn funny, as well as the line-o-rama. You wouldn’t believe how many takes each actress or actor did, but glad they did because this featurette is a highlight of the special features. There’s a deleted scene featuring Paul Rudd, whose character goes on a blind date with Kristen Wiig’s character. The date goes great at first, until Paul Rudd’s character turns into something else after going ice skating with her. The scene should have been put back into the movie because it was making me laugh out loud. I’m surprised the extras were that good for the DVD; usually studios have been leaving the best stuff for the Blu-Ray.

If you had to pick between getting the DVD and the Blu-Ray, obvious choice is the Blu-Ray. The DVD offers a lot of the same stuff but quality will be better and there will be more content. Bridesmaids is perhaps the funniest movie of the year and it’s definitely worth owning. 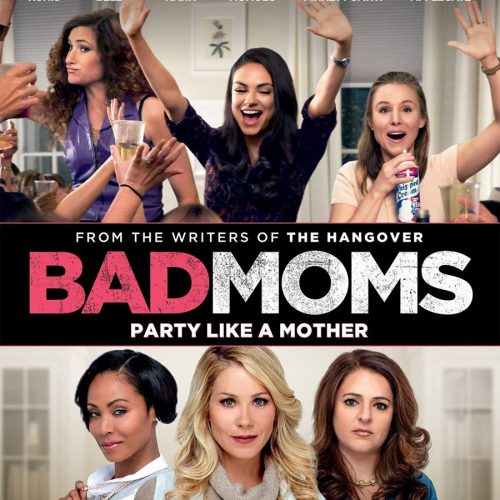