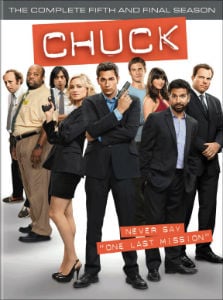 Chuck’s 5th & Final Season brought the series to a close with 13 fun, exciting and emotional episodes, now on DVD & Blu Ray, featuring an extended version of the series finale. Starring Zachary Levi as the title character Chuck alongside a great cast, which brings together a perfect blend of comedy, action, pop culture references, and drama. Chuck was always the little show that could with a passionate fan base, NBC & Warner Bros allowed it to go out on its own terms and for that I’m forever grateful.

Not many folks tuned in over the course of 5 years watching Chuck, but it was one series I always tuned in from the get go. I guess this show has a special place in my heart as I mentioned in previous reviews, I got to see “Chuck” film on the Warner Bros lot in 2007 during my honeymoon before the show even aired and it peaked my interest. Meeting Adam Baldwin was pretty cool as he made time for the tour to stop by and say hello to us all. I guess the same can’t be said for the other new shows I saw on set like “Pushing Daisies,” and “Dirty Sexy Money.” That visit to the set will always be remembered and propelled me to tune in to watch Chuck each week. Turns out, it was a pretty damn funny show with great pop culture references to films, tvs of the 80s, 90s, etc.

In Season 5, Chuck is now running his own private “Spy for Hire” business with his team, Sarah (Strahovski), Casey (Baldwin,) and his best friend Morgan (Gomez.) They find out pretty quickly, it’s a tough business out there and competition is fierce. It isn’t like the CIA where the team was handed missions all over the world, and had endless amounts of resources and funds. Carrie Anne Moss (The Matrix) guest stars in a multi-episode arc as Verbanski, a rival Spy Business for hire that butts heads with Casey in more ways than one. For Chuck’s final season, they had some great guest stars and recognizable character actors such as Mark Hamill, Craig Kilborn, Rebecca, Romijn, Stan Lee, Cheryl Ladd, Angus Macfadyen, Bo Derek. Some take on bigger roles than others but still fun that Chuck can land people that are fairly well known.

There’s some nice extra features on this final season set featuring a look at filming the final episode, including plenty of tears! Even I was fighting them back as I watched. The other featurettes including Chuck: Beginnings discussing how all the characters started out as well as the actors on how the series changed their lives. The future featurette was fun to see how they all thought their characters would end up in 5 years time. Gag Reels and “declassified scenes” are always a good time watching, but can also see why most make the cutting room floor. If you have the time after watching all the episodes, check out the audio commentaries for the last two episodes as the creators and some cast members discuss the in’s and out’s of the final episodes.

At times during the 13 episode run, it felt like the show was running out of a steam but then near the end of the run, they brought the show back with a storyline that was a bit controversial I thought. People closest to Chuck were in danger by a bad guy the show has known and also not ever known (if that makes any sense?) While I feel this was all done for a reason, I was bit frustrated with how the series ended. I’d liked to think that as the series ended things would be all copasetic.Things had been going real well for Chuck Bartowski and Sarah Walker and it was like they turned their worlds upside down and now it’s time to put back what spilled out. If I’m being a bit vague, I guess you’ll just have to tune in and watch. Now it’s time to go back and re-watch the entire series straight through!

Bottom Line: Not the way I would have wanted the series to go out but still one of my favorite shows of all time!
Running Time: 817 mins
Rating: NR
Extras Rating:
Overall Rating: 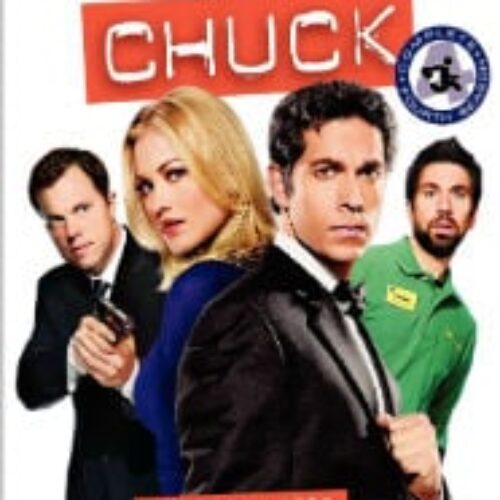 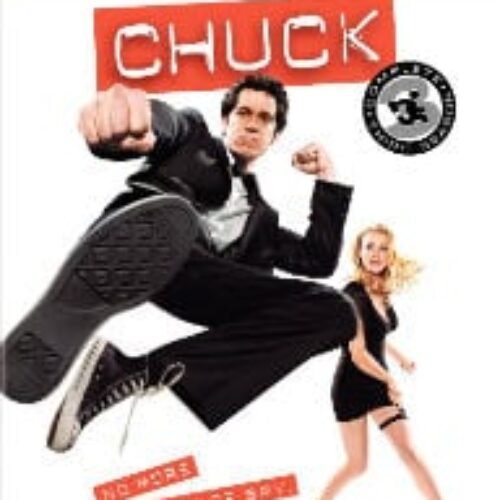