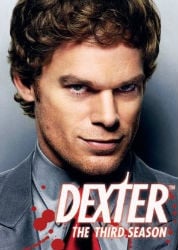 Everyone’s favorite serial killer is back, Dexter Morgan and he’s dealing with problems like he never has before. Starring Michael C. Hall as Dexter, the Miami-Dade forensics blood analyst who moonlights as a serial killer ridding the world of the evil out there, is outstanding and continues to improve his role each season. Guest starring for Season 3 is Jimmy Smits, who plays Miguel Prado, an Assistant District Attorney and well liked individual, shares in an experience with Dexter that hits close to home. Starting off a little slowly in Season 3, the series quickly picked up throughout the season and ended ferociously. Dexter is still one of the best series on television today.

After nearly getting caught last season with the “Bay Harbor Butcher” story line, Dexter is feeling pretty good these days. He still has his “urges” but feels like he is on cloud nine with life. Dexter’s happy with Rita and her two children and some unexpected news comes there way that has Dexter really concerned. Both him and Rita are troubled by the news and have to make a decision before it’s too late. Happy with what they have now, things could change in the future. New to the mix this season is Miguel Prado (Smits), a hot shot Assistant District Attorney or ADA, in which Miguel and Dexter develop an unlikely bond and friendship. An unfortunate incident occurs in which both bond over and quickly hit it off to become friends. This is surprising to Dexter because he generally doesn’t have any friends outside of work and keeps everything close to his chest. This is due to the fact that Dexter kills people and needs to keep all that information hidden and secret. As the two learn more about each other, Dexter feels like he has an apprentice on his hands and looks to bring Miguel a little closer into his world, revealing himself more so than he ever has.

The other storyline for the season involves Dexter’s sister, Deb (and ironically, his new wife in real life) and her progress as an Officer to trying to make Detective. The big case she is working on deals with the incident that Dexter was involved with of course and trying to track down a killer who is dubbed “The Skinner” for his brutal carvings of his victims. Deb has a new partner, Joseph Quinn and also has a thing for a Criminal Informant that is helping her with the case. Eventually all the storylines merge into each other and it becomes the main plot of the season.

The entire cast is back this year, minus a few victims from last year, and really helps out the series to have such a strong supporting cast along with its star, Michael C. Hall who is just outstanding as Dexter Morgan. Never would I thought that I would sympathize with some that is considered a Serial Killer. Hall makes the audience find Dexter endearing in a way and also brings a humor to the character that is needed because of the darkness that surrounds the storylines. Adding an extraordinary and versatile actor like Jimmy Smits also helps a show Dexter become even greater. His turn as Miguel Prado is some of his best work yet and he’s another character on the show that is likable, and endearing even though he has some dark tendencies.

Unfortunately with this DVD set, you don’t get much in terms of extra features. As with most Showtime sets, you get a glimpse into other series, in this case The Tudors and The United States of Tara, plus interviews with the cast of Dexter. The real jewel in this set is the series itself and while it would be nice to get some more in depth extras and even some deleted scenes or gags would help make this feel like a proper TV DVD release. For now, enjoy all three season of Dexter because Season 4 is upon us and I, for one, cannot wait till we all see Dexter again. 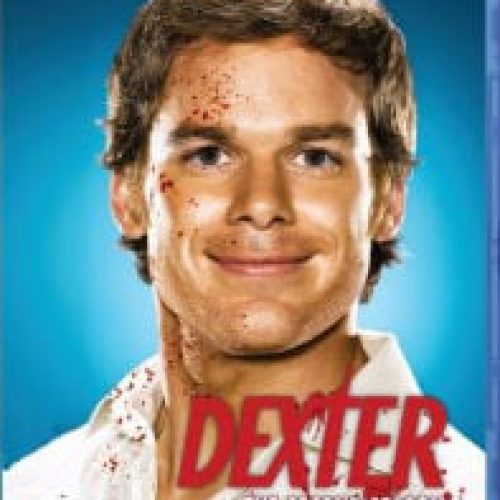