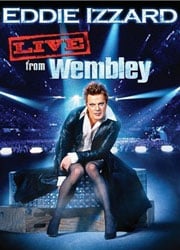 Eddie Izzard has been busy lately. Running daily marathons for charities, doing his stand-up, appearing in movies (Ocean’s 12/13, Valkyrie, Prince Caspian) and TV shows (FX’s The Riches). Live at Wembley is the latest stand-up DVD from the excellent British comedian. If you enjoyed his previous performances, you’ll like this one as well!

This performance was recorded in London in front of 44,000 people at Wembley Arena. That has to be one of the biggest places he’s played no? Eddie will be playing Madison Square Garden in January so if you like his stand-up, see if there are still tickets available. During his performance, Eddie Izzard discusses many things like: advantages of breasts, sharks, annoying houseflies, going to the dentist and other random things that pop into his head. Don’t worry folks, Eddie still brings history and other smarty things into his act, like he always does.

There’s no doubt that Eddie Izzard is a fantastic comedic performer, usually offering unique material every time he hits the stage. He used to be a street performer back in the day and you need to have improvisational skills in order to do that. So that background certainly helps with his stand-up act. People who don’t like British humor or “smart” comedy like Izzard’s may not like this DVD. Izzard talks intelligently at rapid speed and usually you don’t pick up on everything that is being said. In the past, he had a set theme to his shows, but this time he just seems to be all over the place. I think one of the problems with Eddie’s stand-up is you can’t really pick out memorable jokes, or even remember some of the things he talks about. At least that’s how I feel about it. I kind of just watch the act, and laugh and then I don’t remember all that he said. Maybe I just have a short term memory?

Although, I do remember him doing annoying sound effects for houseflies and going to the dentist. I felt like I was watching a bad Michael Winslow comedy show for a minute. I enjoyed his bits on breasts, and how woman can just slightly touch them to get out of getting speeding tickets or something. Eddie says he even tries to do that when he dresses up. One of the things that Eddie does throughout his performance is bring up earlier jokes later on in the set, such as the boob touching. This isn’t an act you can watch from the middle to the end.

A bonus feature included on the DVD is a special 40 minute set from Norwich; plus there’s trailer for his new documentary. Eddie Izzard fans will like this DVD, but not sure people who haven’t seen him before will like this. I recommend checking out his earlier DVDs first. 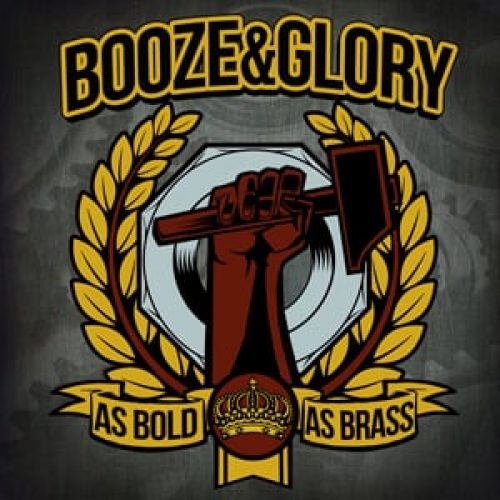