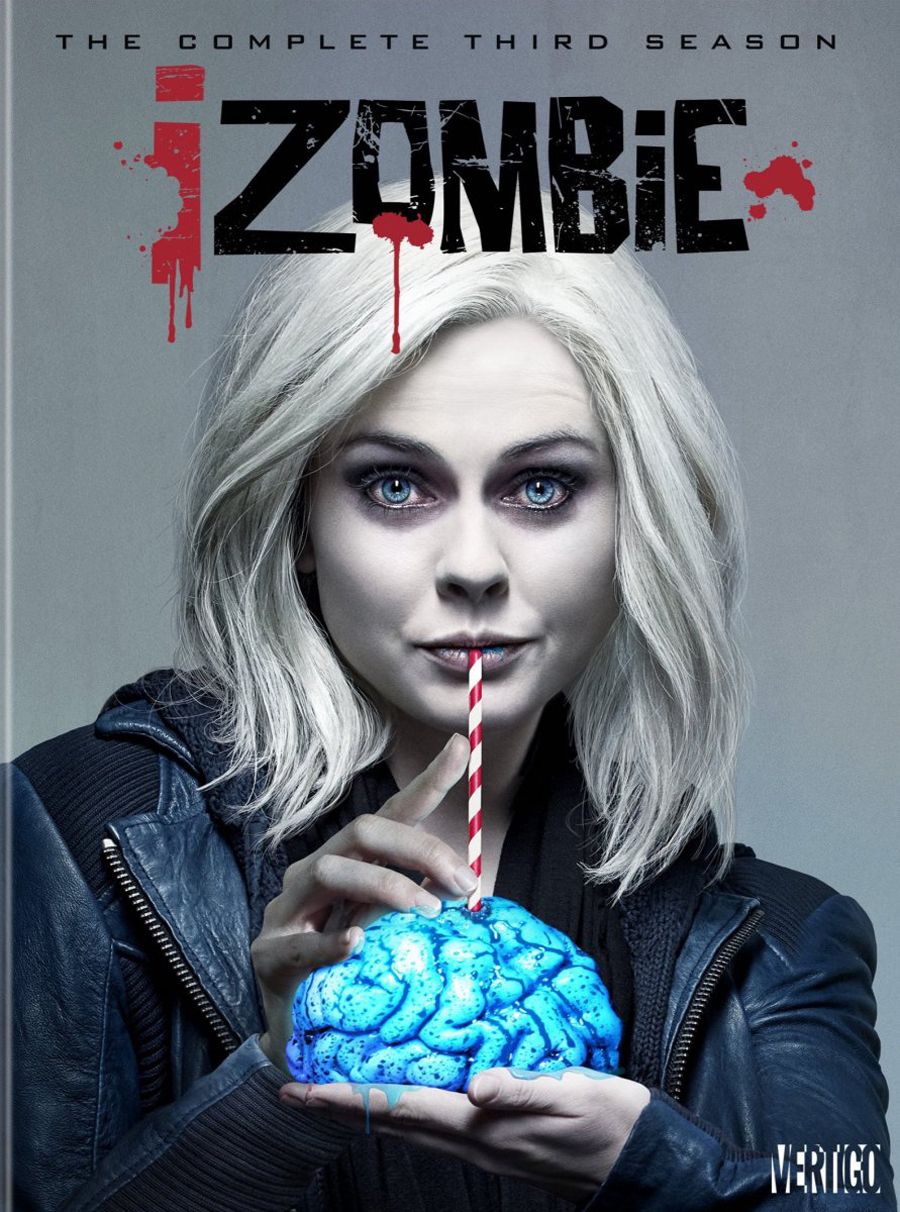 With Seattle an apparent hotbed of zombie activity as well as a possible ground zero for a human vs zombie war, Liv and company must shake off the events of the Max Rager massacre as well as the discovery of a private contractor that is employing zombies for the impending war versus humanity, and continue to not only maintain their day jobs but to also get to the bottom of who or what is fueling the fires of the zombie apocalypse.

This is the first full season of “iZombie” that I’ve actually had the chance to watch. I’ve seen enough of random episodes and snippets due to it airing after some of the CW superhero shows. Being based off of the comic book by Mike Allred and Chris Roberson, which I’ve never read, the show follows around Olivia (Liv) Moore who works in the Coroner’s office…in order to have unlimited access to brains in order to survive. Mmmmm When Liv eats the brains of someone she temporarily gains their personality and occasionally their memories. She’s not quite a full-blown zombie so she retains her own demeanor as long as she can sedate her zombie urges with the brains she has access to.

What were my initial thoughts on the show before actually watching a good chunk of it? I felt that it was more of a “CSi:Zombie” show with crime-solving and detective work thrown in with everyday run-of-the-mill love triangles. What are my thoughts on the show now? It reminds me of “Quantum Leap” in a weird way. Every episode follows the formula of Liv eating a brain, solving the case/discovering what went wrong, having a semblance of normalcy and then…BAM…it’s another case and the cycle repeats. It’s a credit to the zombie actors on the show for having range and jumping around with their roles. In one particular episode, Rose McIver who plays Liv, and Robert Buckley who plays Major, Liv’s ex fiancé and current friend/lover, have to deal with a gender flip as Liv eats the brains of a single father while Major chomps down on the brain of his teenage daughter, both whom were murdered under mysterious circumstances. There was a certain charm to having Major go through teenage angst and high school drama while Liv took on the role of father and handyman quite well.

One of the things that I find odd about the release of “iZombie” is that there isn’t a widescreen release of the show on Blu-Ray. The set that I received to review is on DVD as were the majority of copies released of the first two seasons. You can purchase the Blu-ray sets as a print-on-demand basis but it’s a much more expensive alternative to purchasing the season sets at Amazon or Best Buy. I’ve seen season sets of shows pop up on those sites eventually but mostly the DVD sets are what are produced in abundance.

“iZombie” is also a show that is much shorter than most of its other counterparts, having only thirteen episodes per season. This definitely helps the show since storylines aren’t dragged out over 7 or 8 more episodes and the writers have the opportunity to build something up and tie things together at a decent pace without needing filler episodes. Things don’t get as dull and repetitive when you can just tell the story that you want to and move on. 22+ episode seasons are too much nowadays and most people tend to lose interest when the plot doesn’t seem to go anywhere for 3 or 4 episodes at a time.

If you’re looking for something that is weird and quirky but can still fall in line with most mainstream police dramas, “iZombie” will suit you just fine. It’s not a typical zombie/horror show and leans much more on comedy than most of the doom-and-gloom zombie apocalypse shows on TV today. I’ve taken more of an interest in the show not only from discovering that one of my favorite comic artists/writers in Mike Allred is the creator of the series but from getting a chance to watch through a season. Now I need to catch up with everything that happened beforehand in seasons 1 and 2 before the release of season 4 early next year.

Bottom Line: “iZombie” is what happens when you combine “Shaun of the Dead” with “CSI” and “Quantum Leap”. It’s smart, funny, witty and sometimes full of way too much relationship drama which can be par for course for a CW show.
Running Time: 550 Mins
Rating: Not Rated
Extras Rating:
Overall Rating: