Tim Roth stars as Dr. Cal Lightman, in this exciting and entertaining new drama, plays a deception expert who has a very successful business in trying to determine if people are lying. The Lightman Group are contracted out to many Federal organizations and also average people in need of help that others can’t provide. Based on the studies of Dr. Paul Ekman, the series was created by Samuel Baum and is one of the best new shows on television today. Along with Tim Roth who is superb as Dr. Lightman is Kelli Williams, and Brendan Hines who round out a terrific supporting cast. If you have not seen Lie to Me yet, I suggest you do as it is highly entertaining and educational in the same regard.

Dr. Cal Lightman (Roth) started The Lightman Group to help people in need of others that are not being truthful or are being deceiving. Spending several years in an African country studying micro expressions, Lightman learned that facial expressions, and micro expressions is a universal language and everyone shares the same sentiments when flashing different expressions on their face. Whether it is to show happiness, disgust, contempt, anger, etc, The face does not lie, only the person behind that lie. If you could catch that micro expression and know what it meant, than you would have that answer then. Lightman is essentially a human lie detector and his staff are trained in deception tactics and techniques so they can recognize lies while dealing with cases. Jennifer Beals is introduced later in the season as Lightman’s ex wife and she becomes a part of the show which a great addition, because it allows the audience to see Lightman as human and not this “God” in which people refer to him since he can read people so well. It also creates an interesting dynamic between Lightman, his ex wife Zoe, and Lightman’s second in command, Foster (Williams.) There is an obvious attraction between Lightman, and Foster but Foster is dealing with a rough marriage and also Lightman and Foster work together. Throughout the first season, they touch upon the fact that there is some hidden past between them or the attraction that have yet to deal with. I hope they expand upon that in Season 2.

What I like about Lie to Me is that each episode is set up as more open ended so that the casual viewer can watch and can feel immediately attached to the show. They tie in bigger plotlines in the episodes but that is where it rewards the loyal viewer. Each story line deals with some tragedy in a sense. Whether it’s a construction demolition, a female soldier dealing with sexual assault of her commanding officer, or a serial rapist on the lose, The Lightman Group handles all scenarios to try and bring out the truth. Dr. Lightman and his colleagues work well together and deal with many new technologies to stay one step ahead of everyone else. I found the scenes when they cut to commercial always interesting because in the final scene before the break it features someone lying and showing the facial expression attributed to that, by also tying in real life figures in the world such as Presidents, Politicians or Celebrities.

Tim Roth’s first foray into Television is a great one, with his role as Dr. Lightman. I can’t imagine anyone else in this role. Tim brings a mystery persona to the character. He has a dry sense of humor and wit about him and as you already know, very intelligent. His eyes and his body posture make people around him very intimidated and uneasy and forced to speak the truth, or it will be called out immediately. The supporting cast were strong and continued to get better as the season went along with additions near the end of Jennifer Beals and Mekhi Phifer. Next season promises to be even better with a strong lead in of House on Mondays and with the new addition of show runner Shawn Ryan to the mix. If you don’t know who he is, he helped create The Shield and The Unit. Two excellent, but now defunct series on television.

Not many featurettes on the set in term of Extras. A decent 30 minute recap of the making of the show with Creator Samuel Baum, and the producers, crews and cast. We also get to see Dr. Paul Ekman, the inspiration for the series, as he discusses his part on the show as Scientific Advisor. The making of also discusses how the show continues to evolve over the first 13 episodes of Season 1 and what we could possible see down the road in the future. Other than that, some deleted scenes round out the set. The show itself is worthy of purchase, and you should rush out and watch this before Season 2 comes out so you are all up to speed. It’s worth it! 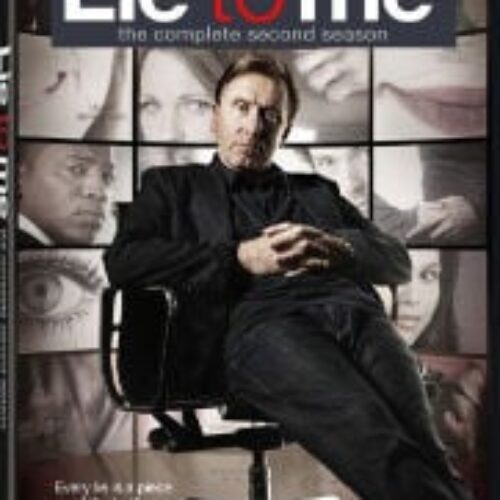