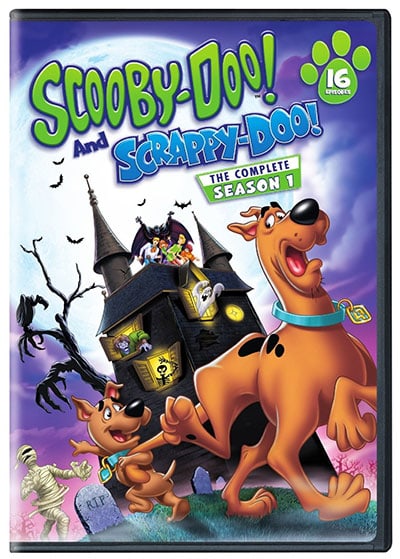 Puppy Power! Scooby Doo and Scrappy Doo first season hasn’t been released on DVD before!? That’s hard to believe but guess that’s the case. The Complete First Season is now available on DVD and contains 16 episodes of the half hour show. Some fans may not like Scrappy Doo but I didn’t mind the episodes.

Besides Scooby Doo, Shaggy and the gang in the Mystery Machine, there was a season and some other half seasons of Scooby’s nephew Scrappy Doo. He talks like he’s from Bronx (Lennie Weinrib) and he’s pint-size wanna-be tough guy…err dog. Nothing scares Scrappy, even the most dangerous villains or monsters the team runs into to. He’s always running towards them, while the team is dragging him away. He also saves his uncle Scooby quite a few times too.

These episodes mostly focus on Scrappy, Scooby and Shaggy. Velma, Fred, and Daphne play second fiddle in a way. I guess back then Scooby needed a boost in the ratings and they created Scrappy; modeled him after the chicken hawk in Looney Tunes. I don’t mind Scrappy but I have a feeling people felt the show “jumped the shark” when they put him in the show. Kind of like having some kid called Seven in Married with Children. What the hell was that about? For the most part, if kids are watching this, they will love it. This definitely brought back a lot of memories when I was a kid and would watch these cartoons in the morning.

Not sure if it was my Blu-Ray player or the DVDs, but I was having issues playing the discs sometimes. They would freeze up or I’d have to shut off my Blu-Ray player. Could be a one-off thing or maybe not? But after I shut the player off and rebooted it, the episodes played so not sure what that was about.

If you got nothing to do in a day, this can be watched pretty quickly. Scooby Doo isn’t the type to binge-watch though because Scrappy does get irritating after awhile. He’s the type of character I can take in small doses. 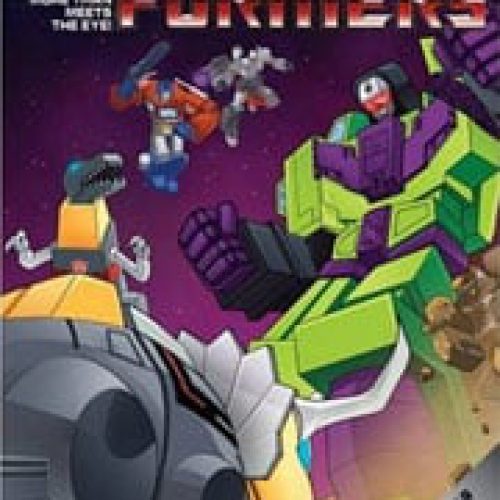