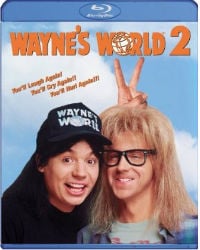 Wayne Campbell and Garth Algar are back for more fun and hi jinx. Out of their parent’s house into an old doll factory loft in Aurora, the guys are still running their popular show, Wayne’s World. Looking to do more with their lives, Wayne Campbell sets out to put Aurora, IL on the map by throwing a huge festival. Wayne’s World 2 again stars Mike Myers and Garth Algar and the film was mildly successful compared to the first film. The movie has its moments but really wasn’t as good as the first.

In the fold this movie is Christopher Walken as the next slimy guy to try and steal Wayne’s girlfriend, Cassandra (Carrere), Bobby Cahn is a Record Producer trying to lure Cassandra out of Illinois to put out a big rock album. On the other hand, Wayne is working on his own goals. He has a strange dream which entails talking to a naked Native American and Jim Morrison, and they tell him to throw a huge rock concert in his hometown. With the help of an old roadie, Del Preston, the guys try to get every big act around to join the festival like it’s the next Woodstock, but here’s the catch, it’s called Wayne Stock. See the difference? I know, real inventive.

The film has its funny moments but being out only a year or so after the first film, it feels like they were just trying to capitalize on the franchise. I particularly enjoyed the scenes where Wayne and co. were dressed up and spying on Cassandra out to lunch with Bobby. Wayne does not trust the guy, but Cassandra notices them spying and they run away, but into a Gay Bar, called The Toolbox. Ironically, all the guys are dressed like members of the Village People and they break out into a dance performance. It was one of the highlights of the film believe it or not. I think the film could have waited a year and worked harder on the script before rushing into production. Nothing new to the Blu-Ray release either. The only features are a commentary by “Kids in the Hall,” alum director, Stephen Surjik and a Extreme Close Up behind the scenes look at Wayne’s World 2. The transfer to high definition was good, but not great. I would say the quality was on par with the first Wayne’s World film. The film looked particularly well when shot outside, like during the concert or in street scenes where the colors came across vibrant, and clear. The movie is funny with a few laugh out loud moments and definitely more enjoyable if you get some of the pop culture references like “Thelma and Louise,” but still the first one was much better. 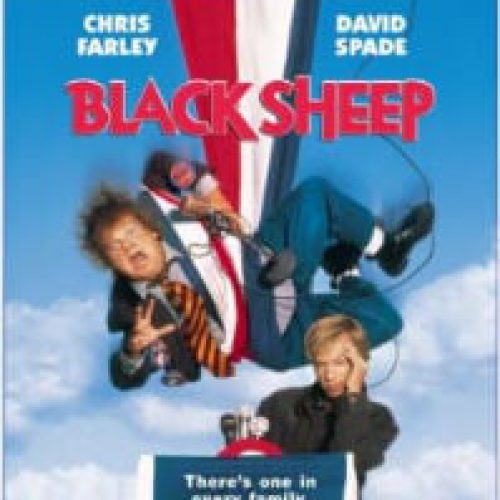