The latest craze this Holiday Season is the Nintendo Entertainment System: NES Classic Edition. It’s pretty much sold out across the world but I was lucky enough to snag one last week when they went on sale. Is it worth the hype? YES!

I haven’t been much of a gamer, especially not in the last decade. I liked Nintendo 64, and Playstation 1 and 2. That’s about it after those systems. I would try downloading emulators to play NES and got a NES controller; which worked for a little bit. Then the controller stopped working so I gave up video games for awhile. I really didn’t have the time for it anymore.

But I’ve always loved NES as a kid, and still have a system somewhere. It just doesn’t work too well or takes forever to load up a game. Have to blow on the damn game and I lack patience, so that thing has been collecting dust in my closet for years. My wife has Super Nintendo but I never really played that one. It’s okay but not as good as NES. I would consider playing it when Nintendo releases a Super Nintendo Mini next year or whenever.

When Nintendo announced the NES Classic Edition, I knew I had to have it…along with the rest of the world. Despite the demand, Nintendo again had limited products and didn’t have any pre-orders which is truly baffling and misguided. Let’s see, let’s release a system that everybody loved as a kid and release a new one but we won’t offer any pre-orders and have limited quantities. Smart move? From Nintendo’s perspective it probably is because it makes gamers drooling for it and the demand skyrockets. People are willing to spend hundreds of bucks on eBay from assholes who bought a bunch to re-sell. It’s a bit slimy buying a bunch and then selling them for tons of money. You’re pretty much a ticket scalper.

So how did I manage to get one? I actually didn’t get just one, I got two. I first woke up at 1:45am to go to the bathroom and check to see if the NES Classic was available. I was getting alerts from sites that I signed up for that the products were available. Best Buy was sold out, Target was sold out online but GameStop had them still. Their website was moving so slow and timing out. I managed to get through the process, tried paying with Paypal and then it said it couldn’t process the payment. I was pissed so I tried again and then it worked. I got the confirmation emails so I knew it worked then. Many, many others weren’t so lucky. I was still going to try to get one at Target because I wanted to play it that day. So if I got one at Target, I would give the other to my twin brother. I wasn’t going to be some slimy reseller and make people pay hundreds of bucks for something that cost 60 bucks. I dropped my kid off daycare early and then went right to Target at 7:30am. The store opened at 8am and there was already a line. I was number 29 of about 65 people when the store opened. Thankfully the store how about 45-60 NES Classics and I got one. Funny thing is, the store only had 3 extra controllers so I had to track another one down later that day. I was again very lucky to get another NES Classic on release day because thousands of people couldn’t even get one. Thankfully my store had a lot of NES Classics because I kept hearing some stores had just a few.

So with all that said, let’s talk about the actual product! Well, let’s get the negatives out of the way. The 1 controller that the game system comes with is freakin’ short as hell! It’s maybe less than 2 feet? You have to sit very, very close to your giant TVs to play it. I thought by buying long HDMI and USB cables would solve that. It does but then you’re place will look ghetto with all these cables going all over the place. There are third party controller extensions out there that are selling out now as well, but I got one of those. That hasn’t showed up yet so not sure if there is any lag to the games yet.

Another negative is that with this system, there are only 30 games and you can’t add anymore to it. If Nintendo decides to do more of these, they will have to release another mini console just like this, but with 30 different games on it. So if you want both, you’re going to have all these mini consoles around. Not really practical. One thing I noticed and I’m not sure if it’s my TV settings, the NES, or something else but the music in the games seems to be jittery. It sounds all schizo-like and not sure how to fix it. Any ideas?

After playing the NES Classic for few days now, I have to say that I still love Super Mario Bros 1-3, with 2 being my favorite. It’s the one game I actually beat when I was a kid without using any cheat codes. Mega Man 2 was the best in the series, and it’s still really hard to get through just one level. There’s no Tetris in the NES Classic but there’s Dr. Mario, which my wife is addicted to. I loved playing Excitebike again, which was one of the first games I had on NES. I haven’t even started Zelda yet because I know what rabbit hole that will lead my life to be. I’ll get there though.

Metroid is just as annoying as I remember it and I can barely even get through one level. Punch-Out is fun even though it’s not Mike Tyson’s Punch-Out anymore. Castlevania 1 and 2 were played a lot when I was a kid and it was a blast from a past playing these again. Gradius was a game I enjoyed playing, and I couldn’t resist putting in the cheat code to get all weapon or 30 lives. I played the sequel to that one more often though, which was Life Force I think? That’s sadly not on here. Not sure why they put Super C on this instead of Contra. Not sure Super C allows the Konami code either. There’s 30 games in total in the system, but of course I wish there were more. Tetris, Metal Gear, Ice Hockey, Kung-Fu, Paperboy, Pro Wrestling, RC Pro Am, Rad Racer, Rygar, The Simpsons games, Star Wars, Teenage Mutant Ninja Turtles, Track & Field II, Blades of Steel are just some of the games I’d love to see included on the next console. I would have paid 60 bucks just for the 3 Marios, Zeldas, and a few other games so all the other games included is a bonus to me.

If you like to see the games in old-school view, you can change the resolutions but I’m not going to do that. I’ll stick with the pixel perfect resolution. Another bonus to this system is you can save points in the game. You pause the game, reset the system so it goes back to the main menu and then you can save your spot. You get 4 slots per game. I already messed that up though because I thought I was saving my spot but ended up picking up an old saved spot. That was annoying but I guess I got to figure it out. If you want an extra controller, you’ll have to buy one (or find one) for 10 bucks. There are third party controllers but I’d rather get the real, legit thing.

If you can find a NES Classic, pick one up. If you can wait a little bit until more systems arrive on the shelves, then just wait. No need to spend anything above the asking price just because you need it in time for the holidays. You’ll be kicking yourself that you spend 500 bucks on something that cost 60 bucks. The NES Classic is a nice blast from the past and I hope Nintendo releases more games in the future (somehow), and then does one for Super Nintendo and Nintendo 64 as well. But let’s make the controller chords longer and not short-change gamers with this limited quantities bullshit. 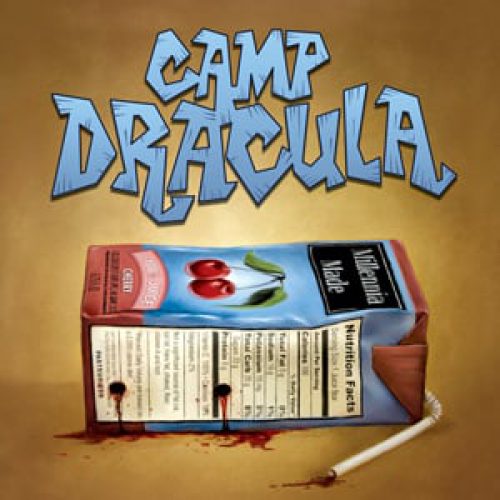