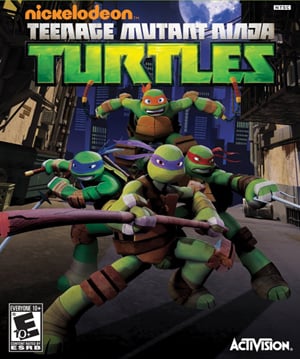 With the recent release of TMNT: Out of the Shadows for Xbox Live and the PSN, this full retail release of “Teenage Mutant Ninja Turtles” based on the new Nickelodeon CGI cartoon flew under the radar. Releasing as a budget title at $40 is usually never a good thing. Does this iteration of the TMNT franchise break that trend?

The simple answer is no. $40 is probably $30 more than you would want to pay for this budget release game that could have easily been available online as a download for ten or twenty dollars. There is absolutely nothing that sets this game apart from any of the Xbox Live/PlayStation Network release dating back to the original arcade game.

To sum it up, the game lasts roughly around 3-4 hours depending on whether or not you feel like being an achievement whore. It follows the same routine of just about every single TMNT game ever with gameplay being nothing more than a straightforward arcade side-scrolling beat em up. There are no cut scenes, the voice intro/outros for most levels have awkward recoding levels and the difficulty stays exactly the same throughout the entire game. There is never any ramp up to make you feel like you’ve accomplished anything throughout each level. You could start at the very last level with no upgrades whatsoever and finish the game without losing a life. In fact, I played through the entire game without ever losing a single turtle. You really can’t do any combos or any kind of team up with the other turtles that are available to switch back and forth at any occasion. Fighting is similar in variety to every single Dynasty Warriors game but with about 100 times less enemies. As with most games out there aimed at the kiddies, there is no online co-op. Instead four people can play at the same time with run-of-the-mill couch co-op.

Even though there are quite a few negatives with this game…so much so that the PS3 and Wii U versions of the game were cancelled, it was a mindless timesink in classic Ninja Turtles fashion. There were some secondary achievements that provided me with an ever so slight amount of replay value but that was only maybe another twenty minutes to a half hour tops.

With the entire Teenage Mutant Ninja Turtles franchise and its rich history at their disposal, I feel like this was a major missed opportunity to send the turtles back to the forefront of video gaming supremacy. Instead of rehashing the same old formula for the one millionth time, Nickelodeon and Activision should have pushed the envelope and make the TMNT game that everyone has been waiting for since we’ve grown out of our turtle pajamas…much like Rocksteady Studios did with the Batman gaming franchise. Why not an open-world action/adventure game similar to “Arkham City” or a dungeon crawler like Diablo or Marvel: Ultimate Alliance spanning every Ninja Turtle era? I guess Nick and Activision know what the kids want, huh? An over-priced budget title that could have easily been mistaken for a downloadable game at a quarter of the price…hmmm, I guess not. One can only dream of a TMNT game that isn’t geared towards everyone 10 and under.

Bottom Line: Clearly an attempt to sway people into believing that this budget priced title is anything more than a cash grab with the Teenage Mutant Ninja Turtles name slapped on it. This game would have been more successful if Activision were upfront with the content and made it available as a $10 download for XBL, PSN and Steam. On top off all that, it’s yet another missed opportunity for online TMNT gameplay in general and at an attempt to do something original with the franchise yet again.
Favorite Aspects: I do somewhat enjoy the new TMNT cartoon and the style of that show was transitioned well into the game. I also liked how the turtles felt like they had different fighting styles and that you could switch between all characters on the fly…although quite a few times your characters would bug out on you or disappear altogether.
Overall Rating: 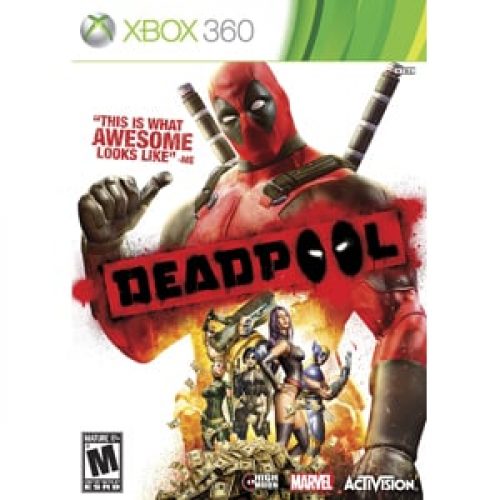