The last time that Save Ferris played Pittsburgh was waaaaay back in the summer of 2000 when they were running with the Warped Tour gang. Although it was a brief half hour set, I remember being so excited to get a chance to check them out for the first time. They were one of my favorite third wave ska bands out there. I figured that I would have plenty of other opportunities to see them over the years but alas that was not the case. They stopped touring full time shortly after that, only playing shows around California every now and then and then they went on hiatus for quite a few years after that. Now 17 years later, Monique Powell has a new lineup, a new EP…the first release of new music from the band since 1999s “Modified”.

Opening up the show was a local four-piece reggae rock band called Keystone Vibe. They had a Sublime-esque sound that was more reggae influenced than hip hop and punk. I enjoyed them as did most of the people in the crowd. They even threw in a cover of Sublime’s “Greatest Hits”.

Following up Keystone Vibe was INCO FIdO, and eight or nine-piece blues/rock and roll band that consisted of horns, bongos, keyboards and other various instruments of rock and roll. INCO FIdO definitely had that Blues Brothers influence as they were loud, rowdy and energetic and definitely picked up the crowd and got them in a dancing frenzy.

The third opening act was Atlanta-based rock band Baby Baby. They played an amazingly fun metal/punk/hard rock/hip hop set that was reminiscent of early Beastie Boys meets Turbonegro. They were full of energy and fed off of the crowd who were really into them. Baby Baby was one of the highlights of the night.

It was now time for the headliner of a surprisingly non-ska lineup. Save Ferris came out to the tune of “The World Is New” and got everyone dancing right away. While the Pittsburgh ska scene is a shadow of what it used to be back in the heyday of third wave, the crowd was a fairly decent size for a band that hasn’t toured the area in 17 years. There was a decent mix of the old guard third wave fans as well as quite a few younger fans of the band.

Save Ferris managed to mix things up from their two previous full-lengths as well as their new EP and some deep cut soundtrack tunes. I can recall songs such as “I Know”, “Superspy”, “For You”, “Turn It Up”, “Golden Silence”, “Nobody But Me”, “Little Differences” and “Everything I Want To Be”. The audience was singing along with every song and the band sounded great. Songs from “It Means Everything” had a danceable ska flavor to them while the tracks from “Modified” infused the set with some punk rock energy. The handful of songs from their new EP “Checkered Past” that was in the set fit in comfortably and definitely sounded awesome live. The encore consisted of only two songs but you knew that one of them was going to be their cover of Dexys Midnight Runners “Come On Eileen”.

While my memory may be a little cloudy when it comes to remembering how Save Ferris sounded with the original lineup all of those years ago, the new lineup sounded pretty damn good in their own right. The (fairly) newly adopted members of Save Ferris knew the songs inside and out and also managed to add some fresh new flavor to certain tracks…standup bass I’m looking at you. And of course, the stunning Monique Powell still has it. She sounded amazing as she belted out tunes and looked amazing as she danced and skanked…in high heels!

When it was all said and done and the curtain came down, this show was one to remember. Baby Baby was pretty frickin’ amazing and it was good to see some local flavor injected into the show with Keystone Vibe and INCO FIdO but the stars of the show absolutely were Save Ferris. With all of the hoopla and legal issues that it took to move forward with the Save Ferris brand, it was well worth the wait. I can see this iteration of the band moving forward and making great music in the years to come. The songs on the new EP are proof positive of that statement and the band sounded amazing live performing tracks from the bands’ entire catalog. Here’s to many more tours and Pittsburgh stops. I thought this once before so let’s give it another go! 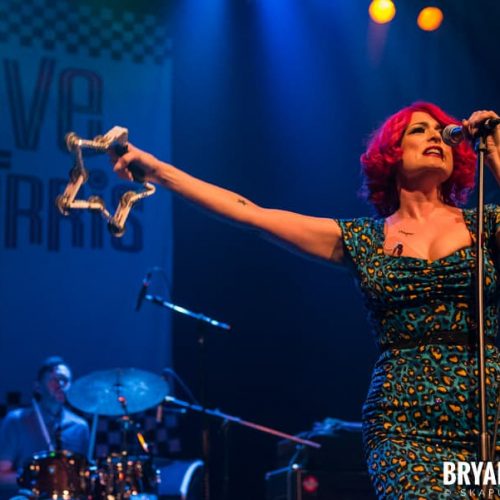