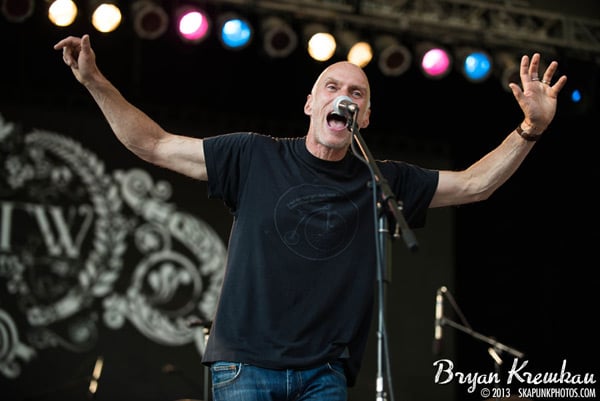 Today is Canada Day but this weekend it was celebrated in New York at Central Park Summerstage. The concert featured three popular Canadian acts: Celtic folk band Spirit Of The West, Rock band Joel Plaskett Emergency and indie pop artist Lights. Unfortunately, I didn’t stay for Lights since I mainly there for Spirit of the West.

For whatever reason, I didn’t know there was a Canada Day weekend festivities until the day of the concert. I was planning on sitting on my ass all day to work on some videos but then I found out that Spirit Of The West were playing. I stopped everything that I was doing and secure a photo pass for the show. Thankfully the nice folks at SummerStage hooked me up last minute.

Apparently some New York Rangers alumni were there earlier in the day signing things like Ron Greschner. If I was ever going to run into him again, I would have to tell him my traumatizing story of getting his autograph at a Rangers dinner when I was a young kid. I went up to ask for his autograph and he was signing my jersey and said, does this marker smell weird? I said I don’t think so and he said here smell it, which I did gullibly. And BAM, marker on the nose. Oh sure, you laugh but that wasn’t fun to walk around like that and try to wipe off marker off your nose haha. ANYWAY…..

Before Spirit of the West came on stage, Canadian Native Americans First Nation were up first. They talked about their culture a little and performed some dances. I wasn’t expecting this but it is about their heritage so it’s not entirely surprising. I used to go to PowWows a lot as a kid since I do have Native American blood in me so I certainly appreciated the dances and chanting but not sure everybody did. I used to make chokers and wear Sitting Bull t-shirts as a kid so you can see where I was coming from.

I’ve been listening to Spirit of the West for over 13 years now but never saw them perform live before. I don’t even know if they have played this area in that time frame. I certainly have looked out for them to play but didn’t know they were even playing until Bumbershine.com posted this concert on Twitter.

(with backup vocals by the videographer haha)

Spirit of the West seemed to have been having a resurgence lately and released an awesome single “Bulembu” in 2011 and have been playing more festivals in Canada and Europe. For the band to be around for so many years, they probably should have headlined the gig. They did create Canada’s unofficial anthem years ago in “Home For A Rest.” That song is the reason I got into the band and more or less, into celtic and folk music. That was way back in 1999 when I was told about the song from a apartment neighbor’s Canadian friend at college who was visiting. But after that, I’ve been hooked on their music and happy to have finally seen SOTW!

John Mann, Geoffrey Kelly and others took the stage around 6:30pm and started things off with a song I didn’t recognize. After that they went into “If Venice Is Sinking” and then “Putting Up With The Joneses.” Both songs were great and was an awesome sight to see John bouncing and dancing all the stage. Their sound was tight despite a couple of times John was laughing/messing up when singing but other than that, this set was excellent! I had a blast hearing “Political” for the first time and the crowd seemed to love “The Crawl.” Sadly their last song was “Home For A Rest” which meant their set was way too short.

The Canadians in the crowd were having a blast during this song. Kids were draping the flag over themselves like Canadian superheroes and jumping about. They later brought out red & white beach balls. Eventually each one went up on stage and confiscated since it was pissing everybody off on stage and who worked at the venue. But back to SOTW, I was amongst the crowd during their final song and was dancing and having a great time. I’m really, really hoping SOTW decide to come back and play a headline show somewhere because they do have fans in New York City!

Up next was Joel Plaskett Emergency, a Canadian rock musician and band that sort of reminded me of Beck (look-wise, not sound-wise). I never heard of Joel Plaskett before but I dug his sound. Some songs were Canadian specific (“True Patriot Love”), which was probably chosen for a reason since Canada Day was being celebrated.

Joel was concerned over the sound system, which was giving some feedback a lot in the beginning. This happened once before when I went to see Rachid Taha play at Central Park SummerStage. Let’s just say Rachid didn’t care for it haha. The crowd seemed to like Joel Plaskett Emergency more than SOTW just because he’s probably more popular. I believe most of the people were there to see Lights though. I wanted to at least check out a couple of songs of Lights but decided I’ve had a tremendously busy week and needed to get to sleep early. I heard from a friend who was shooting the show that she is a great performer. You can see his pictures here.

Happy Canada Day everyone and hopefully they do this next year with some more great acts!

Some photos from the concert but be sure to visit SkaPunkPhotos.com for the entire sets! 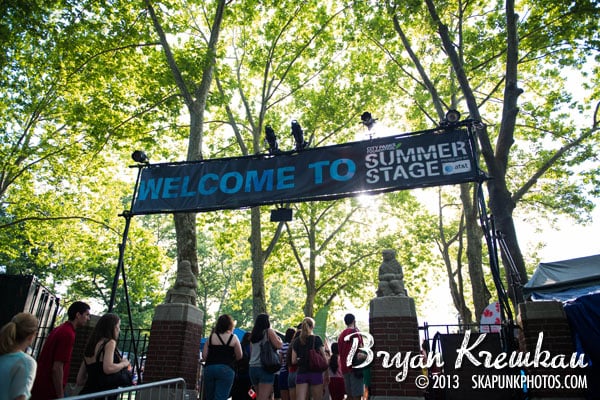 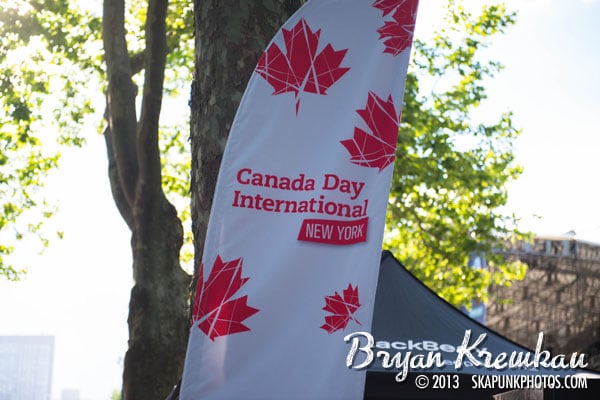 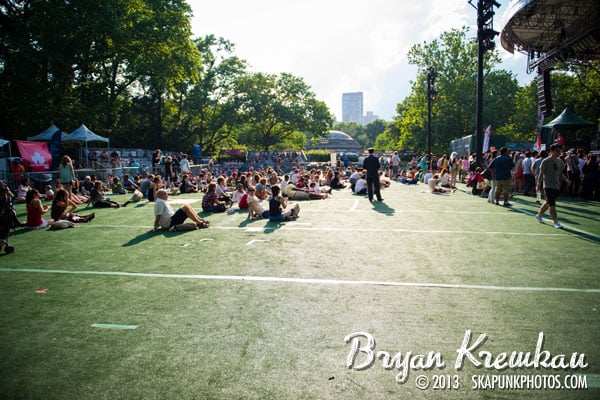 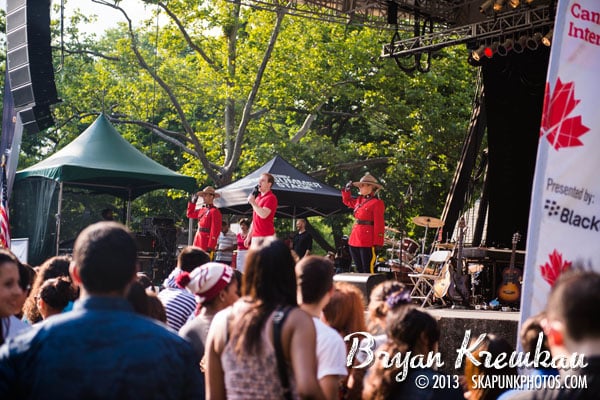 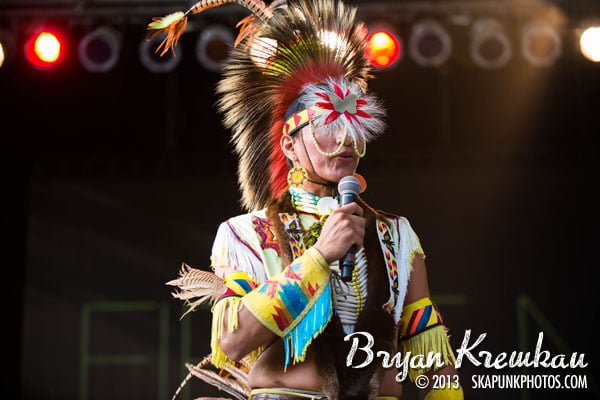 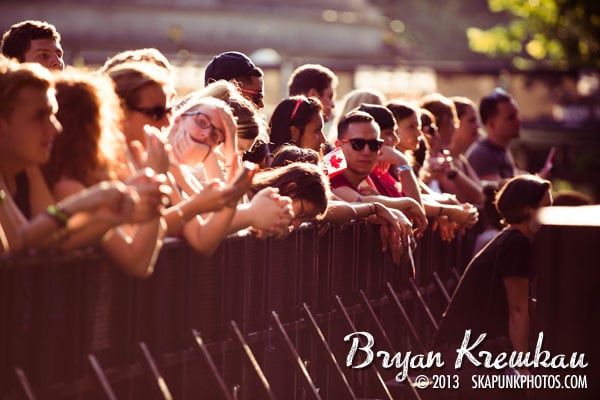 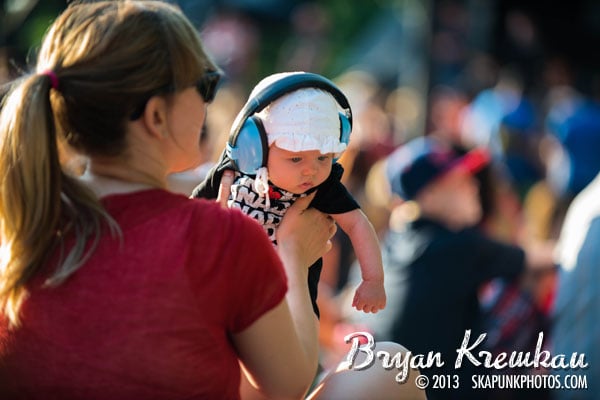 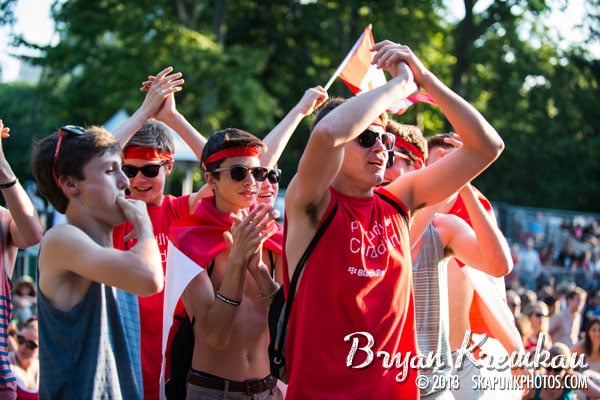 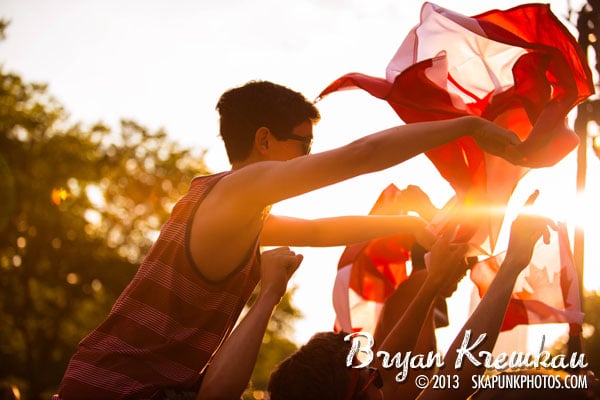 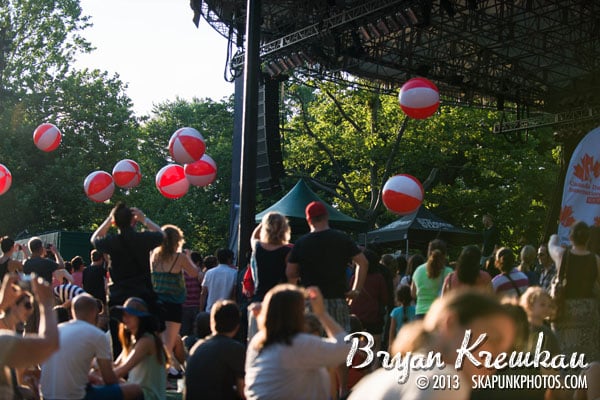 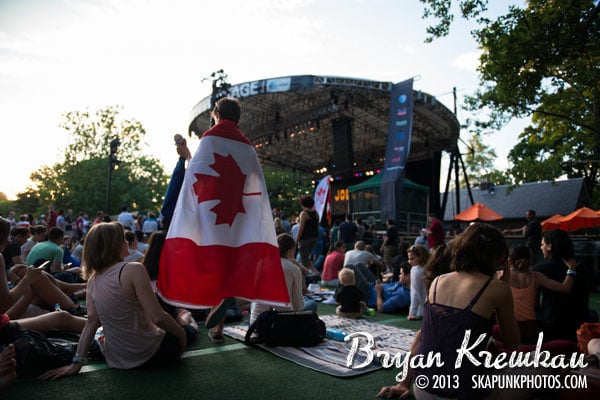 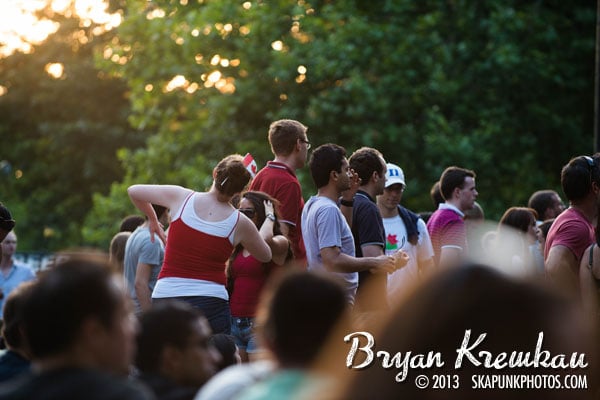 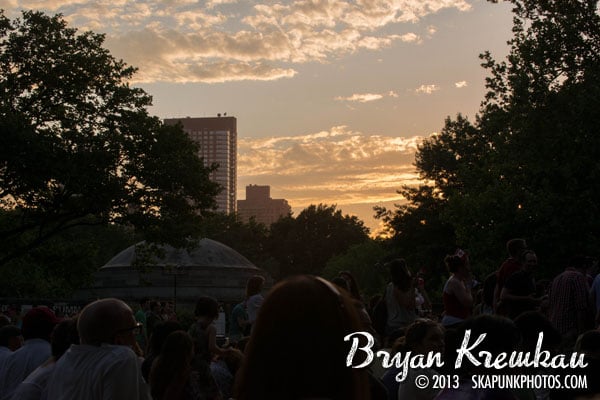 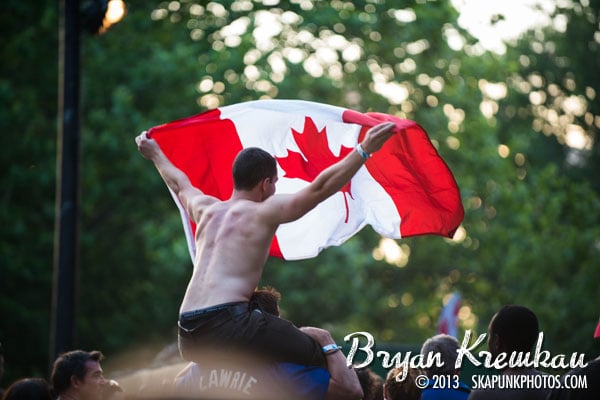 Spirit of the West 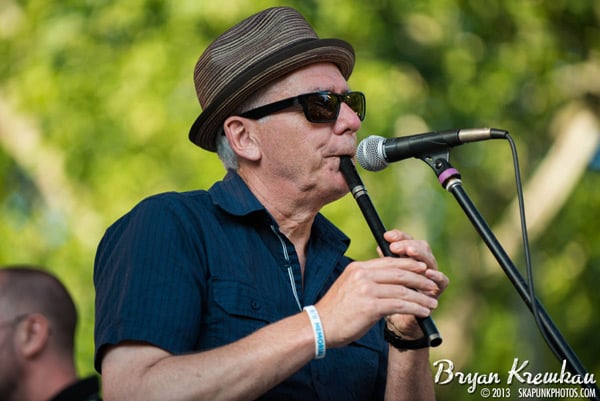 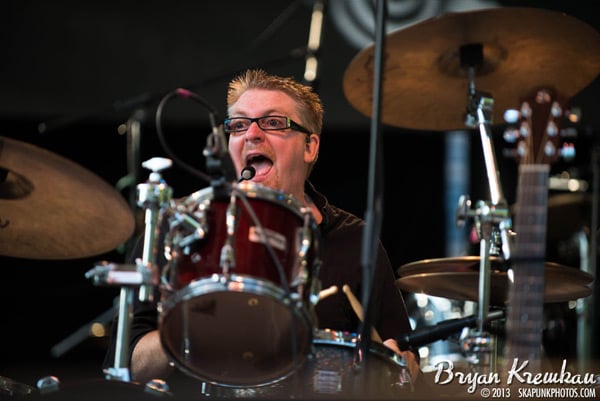 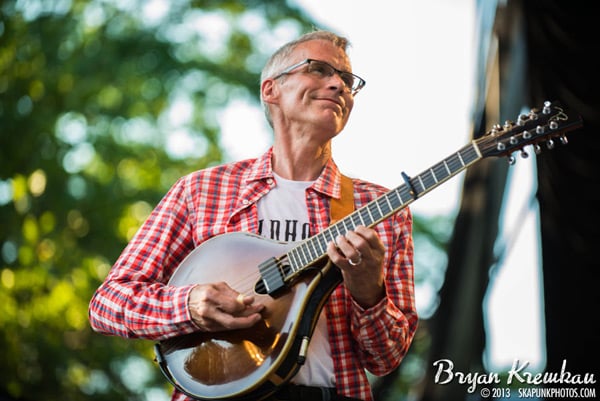 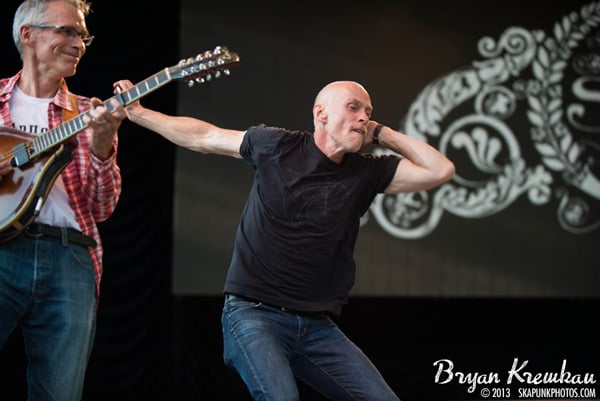 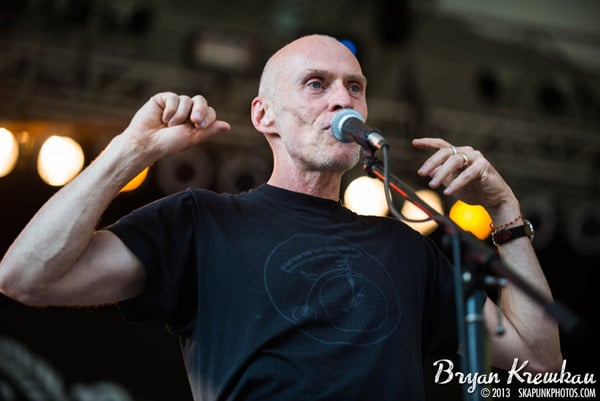 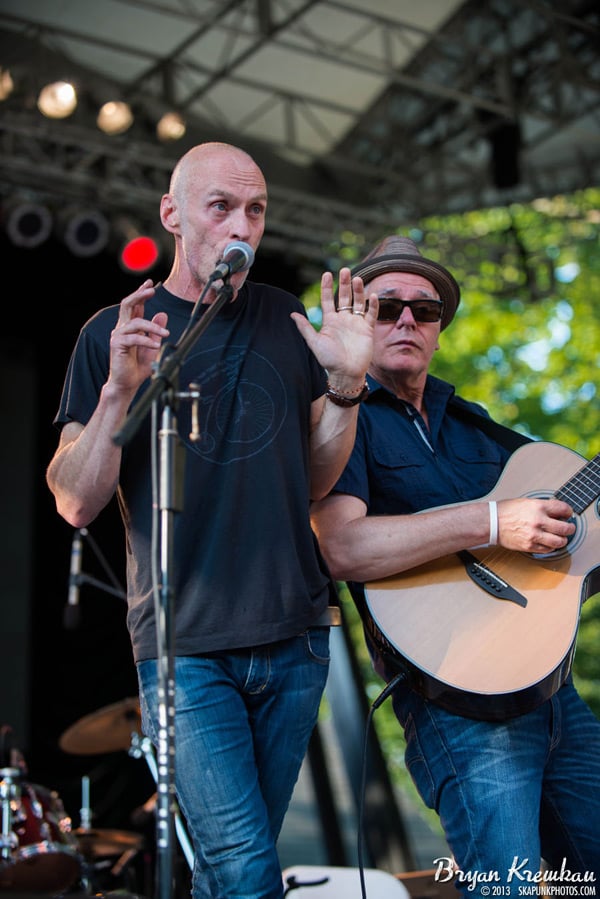 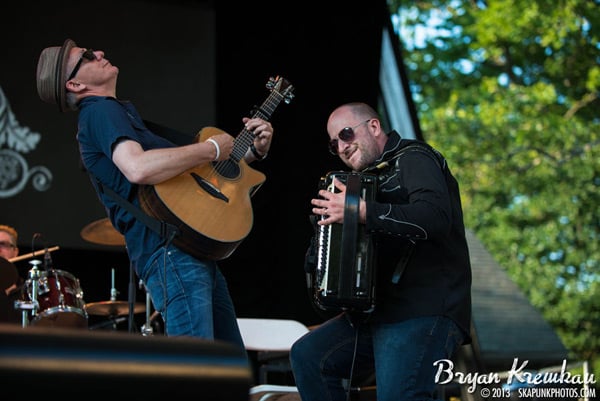 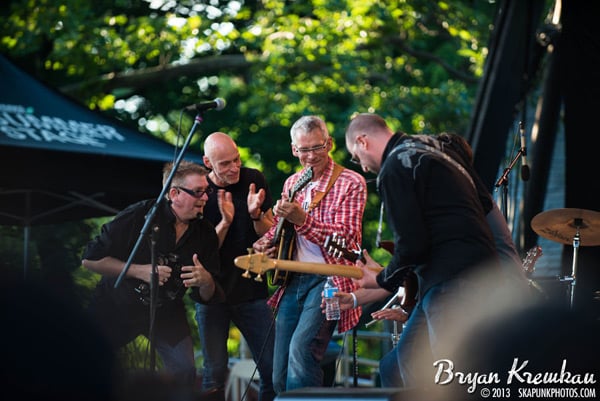 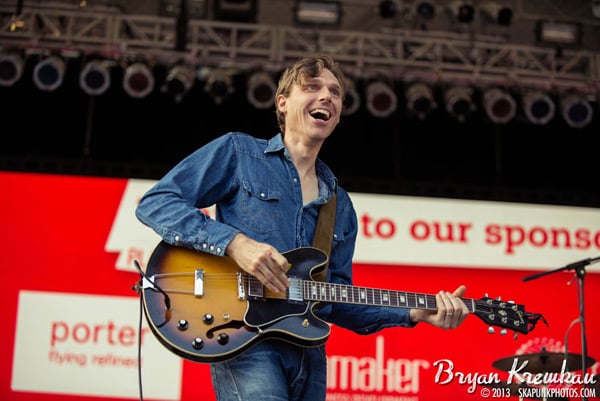 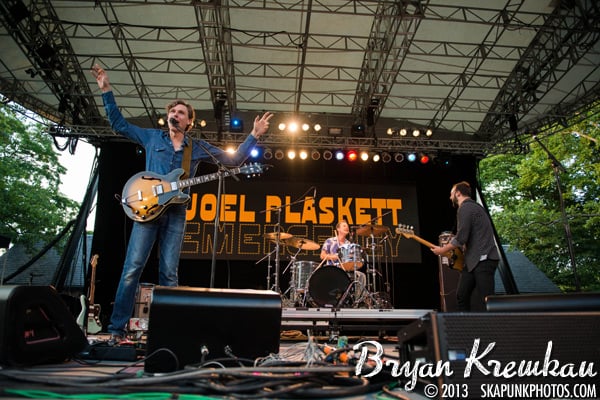 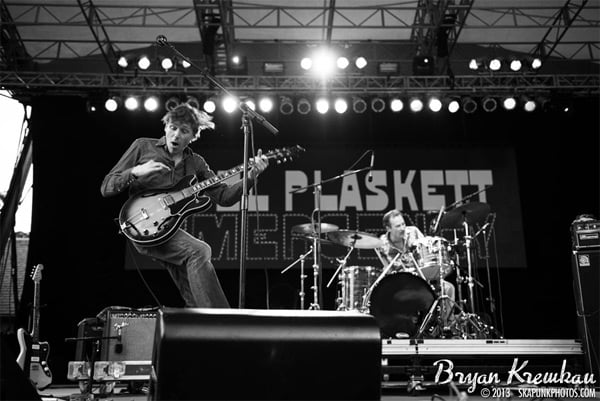 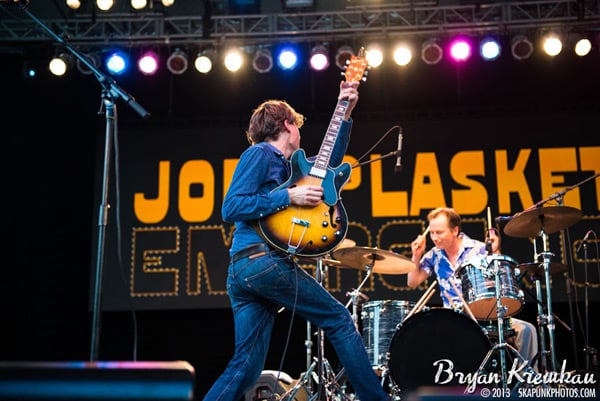 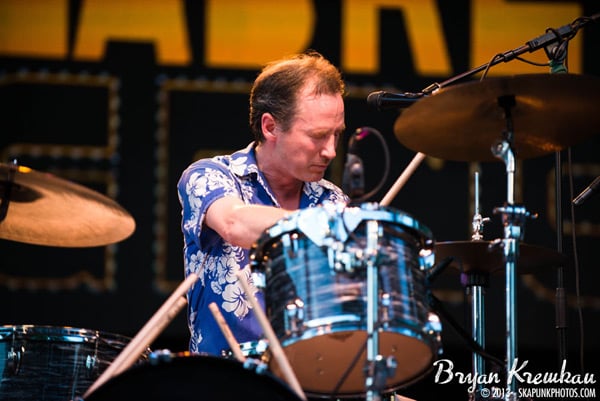 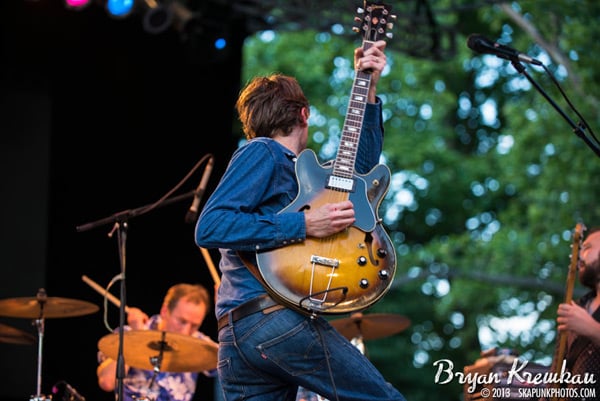