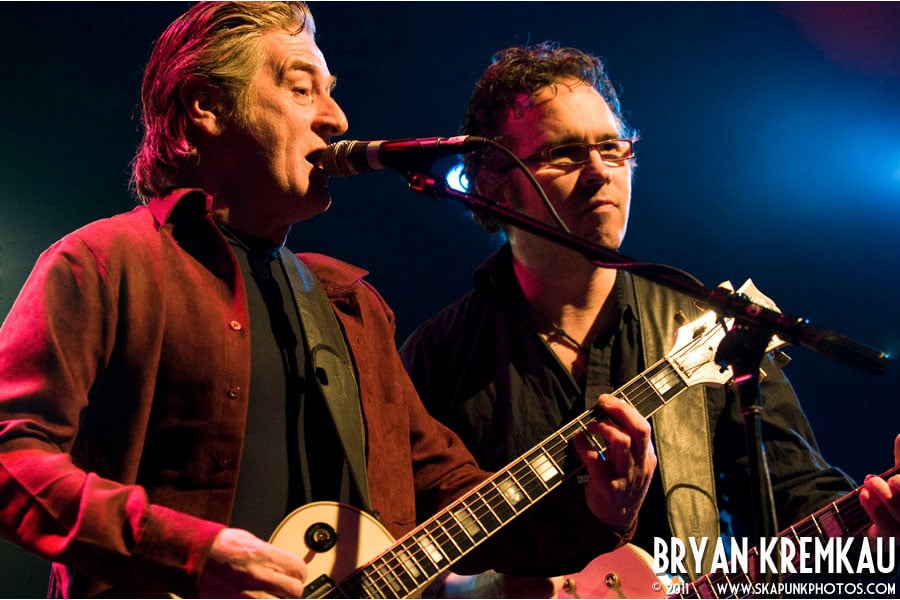 The Saw Doctors have been coming over to the United States at least twice a year. They make their way over to the East Coast in March and then they come over here in the summer time. Their resident venue for the last few years has been the Nokia Theatre in Times Square. I rarely go to this venue, but when I do; I love it! It’s got the stadium seating in the back and it’s just a nice venue to see a show in. After seeing the Pogues the previous night at Roseland, I was ready for some more with the Saw Doctors at Nokia!

Opening the concert was an Alaskan bluegrass band called Bearfoot. I don’t normally listen to bluegrass but Bearfoot sounded pretty good! The female vocalists were excellent, especially when they sang in a cappella. The band features 2 fiddle players, upright bass player, mandolin player and acoustic guitar. There isn’t a drummer in the band surprisingly. They played for roughly 45 minutes and the crowd seemed to appreciate their music; I’m just not sure everyone liked them or not. The Saw Doctors always pick some interesting bands to open for them though. After Bearfoot, it was time to see the Saw Doctors!

I ventured down through the sold out crowd a few minutes before the band came on. Since I was all the way in the back, being an old geezer in the seating; I didn’t want to weave through the crowd when the band came on. The Saw Doctors intro was the theme music from Star Trek and the band from Tuam started their excellent set off with “Exhilarating Sadness.” What’s great about the Saw Doctors is how they interchange and play different songs each show. If there are shows back to back in the same city, like in NYC; you’ll get a different set list and in different order as well. I’m happy with the way the setlist turned out because they played a lot of the classics, plus songs I haven’t heard in awhile or at all.

In the beginning of the set, they played classic SD songs like “Tommy K,” “What A Day,” “World of Good” and “Never Mind the Strangers.” They always play “World of Good” when I see them but they didn’t play it the night before. I’ve never heard them play “Midnight Express” and that sounded great live. It was nice to hear “Same Oul Town” again. I always enjoy their slow songs just as much as their faster songs. During their set, a former member of the band, Pearse Doherty came on stage to play with the band. Over the course of 2 hours that the band performed, I had a few favorite songs that stood out from the others. Songs that stood out included: “Someone Loves You,” “It Won’t Be Tonight,” “Clare Island” and of course the fan favorite “N17.”

Towards the end of “N17,” the band switched around their instruments with other members and everyone was playing something different. That’s a perfect example of how talented each member of the band is. After that, the band went off and came back for a long encore that included the songs “Red Cortina,” “Chips,” “Joyce Country Ceili Band,” “I Useta Lover” and others. The song “Chips” was making me really hungry since I didn’t have dinner. Who knows, maybe they would have covered “Cheeseburger in Paradise” next and put me through even more torture! God knows I’m not gonna pay 8 bucks for a tiny sandwich at Nokia. I had to get home during the song “Hay Wrap,” but I heard they played “I Hope You Meet Again” and “Hey Jude.” Is that right? Well perhaps I should have stuck around after all. Oh well, one thing is certain; it won’t be long before the Saw Doctors come back to the US and rock out. If you have never seen the Saw Doctors by now, you’re really missing out on a good time. 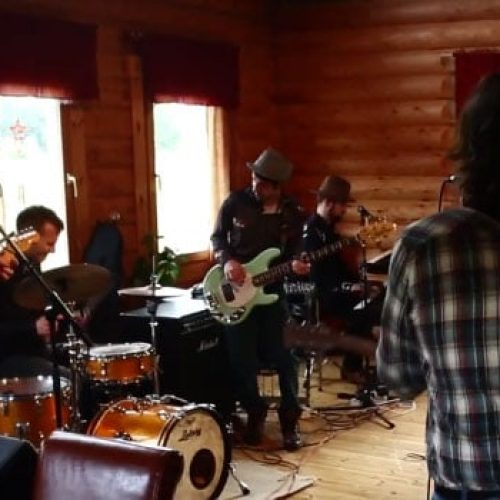