It’s that time of year again, when the Vans Warped Tour hits a town near you. I decided to put my personal tastes aside for the day, and enjoy the festival and get a much needed days off from work. I mainly wanted to go to the all day concert just to take pictures of the bands because that’s always the best part of going. It’s pretty bad when the only bands I wanted to see, I could count them on one hand. But the point of these concerts is to discover new bands, or bands you wouldn’t normally listen to. For the last 7 years or so, I’ve been going down to NYC to see the tour, but since they moved it to the shit hole known as Long Island; I had no desire to go down there. So I decided to go to the Scranton PA concert since it’s only an hour away. Plus, my buddy Frank has never been to a Warped Tour before so I’d figure I’d give him a crash course in concert photography.

The night before, I was in New York City seeing the band DeVotchKa and that show didn’t start until 12am. So I didn’t get to bed until 4am, and then was up by 8am and out the door by 9am. So let’s just say I was a little tired and sluggish in the beginning of the day, but I actually managed to survive the day. I arrived at Montage Mountain a half hour early, and already there was a huge ass line. Since I was regarded as press, I decided to skip the line and get my press passes. Of course I still got harassed by security, even though I have a press pass.

The first band I saw playing was some wimpy singing in front of keyboard, so I decided to skip that performance and figure out where all the stages were. Everything was so spread at Montage, and there were 9 different stages to get to. I liked how it was spread out but it also stinks trying to see other bands when their sets overlap other bands. I definitely missed a few bands because of that. I would have thought that the two main stages would have been in the pavilion, but they ended up being a mile down the parking lot. The first band I saw and took pictures of was Amber Pacific. I think I remembered liking a few songs from that band, and they were actually pretty good live. I don’t know what songs they sang but they put on a good set. After them was Killswitch Engage and I never heard of them before. Apparently they are some popular metal band so just goes to show how much I’m out of the loop. They were intense to see, and one of the guitarist had one on Daisy Dukes. That was a little weird because I was anticipating his dangly doodle flying out and me quickly shielding my eyes. From what I heard from other photographer, that actually happened and he was singing with his dick in his hands. Good thing I only stuck around for a few songs.

After walking around for a half hour, and checking out the merch; my friend and I decided to check out Paramore. I think i’ve reviewed their albums but can’t remember anything about them, other than the fact that the female singer is really cute. I actually really liked their performance, and the singer Hayley had awesome stage presence. Plus their music was really catchy! Look at that, a band I’m actually going to check out just because of the Warped tour. That’s very rare for me. After Paramore, I needed some lunch and to take a wicked piss so missed a few bands like New Found Glory, and Straylight Run. But I don’t really like them anyway.

Scranton, PA was lucky enough to have some ska bands playing on the tour. The Fabulous Rudies from California were pretty decent and I caught their whole set. The female singer in the band was cute but she also had a nice voice. Towards the end of their set, the trombone playing came out and was dancing & playing in the small circle pit. They are another band I’m going to check out after seeing them live. Mustard Plug played a few dates on the Warped Tour and I was lucky enough to catch their set. Last time I saw them, they were on the Ska is Dead tour a few years ago. They played a lot of the typical songs you might hear at a Mustard Plug show like “Mendoza,” and “Not Enough,” but they also played one or two new songs as well. They have a new album coming out on Hopeless Records on September 11th called “In Black and White.” It was definitely nice to see some ska bands representing on this tour, but sadly I missed the Toasters since their set was around Tiger Army’s set and the stage was too far away. But i’ve seen them a million times so I didn’t lose any sleep over it.

After relaxing and eating some food, it was back to the music with Hawaii’s Pepper. I’m not really a fan of Pepper’s music all that much but they were pretty good! The bass player is insanely good. Pepper commented on how everyone didn’t have to listen to emo for a half hour, which I agree, was a nice change. It seemed like a lot of bands were making fun of screamo and emo bands, so I’m not sure why Kevin Lyman is still booking them. Well I guess the sold out crowds is the indicator of why they still gets these stupid bands. One thing I kept seeing throughout the day were these stupid “Free Hugs” and “I’m a great Kisser” signs. I’m not sure if there was some sort of website that encouraged this but I found it stupid and really immature. Maybe i’m just showing my age but I don’t know if I would want to get a hug from sweaty stranger. And most of these signs were carried by hormonally boy teenagers.

Funeral for a Friend and Bad Religion were the next bands I wanted to check out. I had no idea what Funeral for a Friend sounded like but I only assumed it was screamo? They weren’t bad, the band were energetic and were moving all about on stage. The lead singer looked like a younger Gary Oldman a little bit. After that band, I had to deal with some fat annoying security guard who wouldn’t let sit at the other stage (like I have been doing for 8 years!). Apparently the fat retard didn’t understand the concept of the three song rule, that it only applies to the stage that the band is currently playing ON. But he wouldn’t let me into the photo pit area until the band was playing and the security was in the pit. So I was a little bit pissed off with this chubby bastard who sounded like a stupid South Park character. I guess there’s always one asshole at the Warped Tour that I always have to deal with.

Bad Religion were up next and I was looking forward to seeing them, since I pretty much only see Bad Religion when they play the Warped Tour. They opened with “American Jesus” and then went on to play various new songs and some classic ones as well. Their newest album is okay, but I don’t think it’s as good as their other material. It seemed to me, that Greg’s voice was a little sore. But I guess if you’re singing everyday on a tour, it will start to get that way. The band was okay but I actually thought they could have been better. Coheed and Cambria were up after Bad Religion, and they usually put on a good live show so I stuck around to see them. I only saw them once before at another Warped Tour and the singer/guitarist in the band is a talented guy. His hair is so long and crazy, but it’s makes for some awesome camera shots! I don’t know what songs they sang since I’m not really a fan of the band. The last notable band of the day for me was Tiger Army. I didn’t care for their newest album but still wanted to see them live. They opened up with “Nocturnal” and then played “Rose in the Devil’s Garden,” two of my favorite songs from them. After taking a billion pictures of the band, I went by the edge of the concert and watched a bunch of kids do a circle pit. Then the band started doing their new material and the circle put died down. I thought I remembered the band going crazy all over the stage in their earlier days but they just kind of stood there doing their stuff. They still sounded great live though. Their set seemed shorter than other bands (probably because Red Jumpsuit Apparatus got awarded the fan favorite….for some reason). It didn’t even look like the singer reached puberty yet.

Well that pretty sums up the long day. The day was hot, but not as hot as I thought it was going to be. There were some good bands, and then a lot of mediocre bands. But I got some kick ass photos and that’s all I really wanted to do anyway. I just hope next year’s lineup has some better bands, and less screamo & emo. But I doubt that’s gonna happen. Maybe I should have saved my money and flew over to England to see the Beautiful Days festival this August instead? But I guess if you like any of these bands on the tour, you’re going to love the Warped Tour this year. It’s currently still playing for another month so check it out if it’s near you. 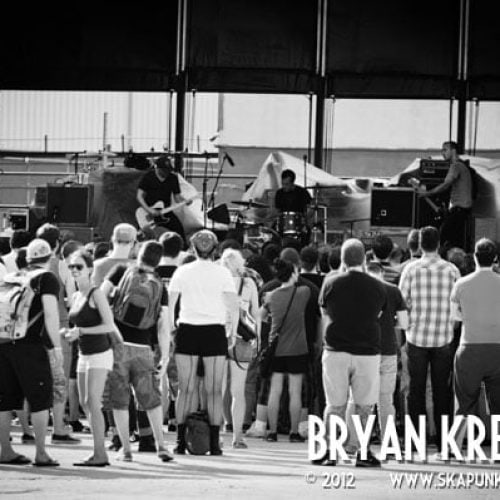