I’ve been a horror fan since my first movie when I was 4 years old, A Nightmare on Elm Street 2: Freddy’s Revenge. Since then I’ve seen everything from classics like Friday the 13, Halloween, Child’s Play, Puppet Master to underground classics like Cannibal Holocaust/Ferox, Curse from the mummies tomb, Lucio Fulcis Zombie, and all the hammer flicks (a production company).


No matter what side of the horror genre you are in everyone remembers in 1993 watching Jason goes to hell and seeing Freddy’s claw drag Jason’s mask to hell with him. Everyone knows the rumors that started from this, and I can say I’ve waited ten years for this film so it had a LOT to live up to.

There aren’t many ways to describe the story without giving parts away, but I will attempt to anyway. Basically Freddy has been forgotten in the town of Springwood and that renders him powerless since his power comes from their fears. While in “hell” (I guess) he comes across Jason Voorhees sleeping body and uses Jason, through the ruse of being his mother, to once again put the fear of Freddy back in the children of Elm St. Jason puts the fear of god in most of the town, but thanks to morons, Freddy once again finds his way into the teens dreams (You’ll understand when you see it).

Freddy has one problem though, being egotistical and not thinking anyone could be as ruthless a killer such as himself, he never considered that Jason wouldn’t stop killing or even could kill as much as he is. This is the case and Freddy finds a way to come face to face with Jason. The fights between Jason and Freddy are actually done really well, the plot itself went above and beyond what I was expecting and shot this movie to a true horror classic. Obviously being a horror flick it had a few things you can expect, a few hot naked chicks (Katharine Isabelle *Gibb* takes major notice from me in this), drugs (yes the stoner kid is basically Jason Mewes but regardless he has one of the BEST lines in a horror movie ever when they are in his basement after the cornfield scene. Take notice to it folks), and comedic scenes.

Overall I think the “teens” in this movie did a great job with the acting, even Kelly Rowland from Destiny’s Child. Granted a few lines bothered me like “Freddy died from fire and Jason died by water, how can we use that against them?” although in that situation I might say something dumb like that as well, so Ill give them a tid nip of leeway in that sense. My final judgment on this is simple, Classic horror flick! The plot was actually thought out and logical to both series as best you could when mixing 2 worlds like that (and it was done REAL well). If you are a fan of both genres and actually know the history you will be more than satisfied seeing this, and if you know nothing about either but you like horror flicks you will STILL love it. Classic.

Favorite Scenes: cant say without giving things away, aside from this. It doesn’t follow the cliché’ deaths (meaning who is key and who isn’t, FINALLY anyone can die ……. almost). Ohhh, and Katharine Isabelles boobies hehehehe
Rating: R
Running Time: 97 minutes
Overall Rating: 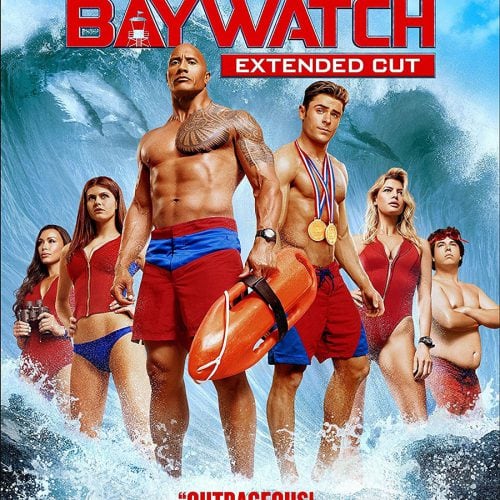