I like Robert Redford movies. Anyone who does a great documentary on Leonard Peltier is awesome in my book. (“Incident At Oglala” for those who don’t know) I also like dramas about prisons such as Shawshank Redemption, The Green Mile and Escape From Alcatraz.

The story is about General Irwin who gets sent to “The Castle,” a military prison. Irwin is basically considered a hero, and has earned tons of metals. So think of it as Colin Powell being sent to this prison. Colonel Winter (James Gandolfini) is the corrupt warden and has the guards shoot a lot of the prisoners with rubber bullets (sometimes they are fatal).

Irwin gets sick of the foul play in the prison and decides to lead a revolt against the prison and try to get Colonel Winters to resign. The movie was a little slow or long, but I still enjoyed watching it. Redford and Gandolfini did a great job. But I think Gandolfini will never shake that mob role he wants to get rid of. He should have been playing the good guy in this then. There was a lot of flaws to film like the plot involving his inmates.

One minute they aren’t paying attention to Irwin, then they are following him. It seems like they cut out that middle part. I definitely liked when they took over the prison. That was exciting to watch. For me, I was a little disappointed with the ending, for several reasons but I will not say them here because it will spoil the movie. Is this a movie worth seeing? I think it is if you got the time and like these kind of movies. It’s one of those movies to see on a rainy Sunday afternoon. 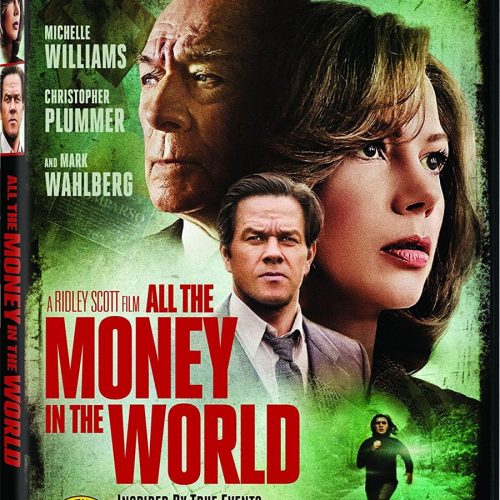 All The Money In The World (DVD + Digital)