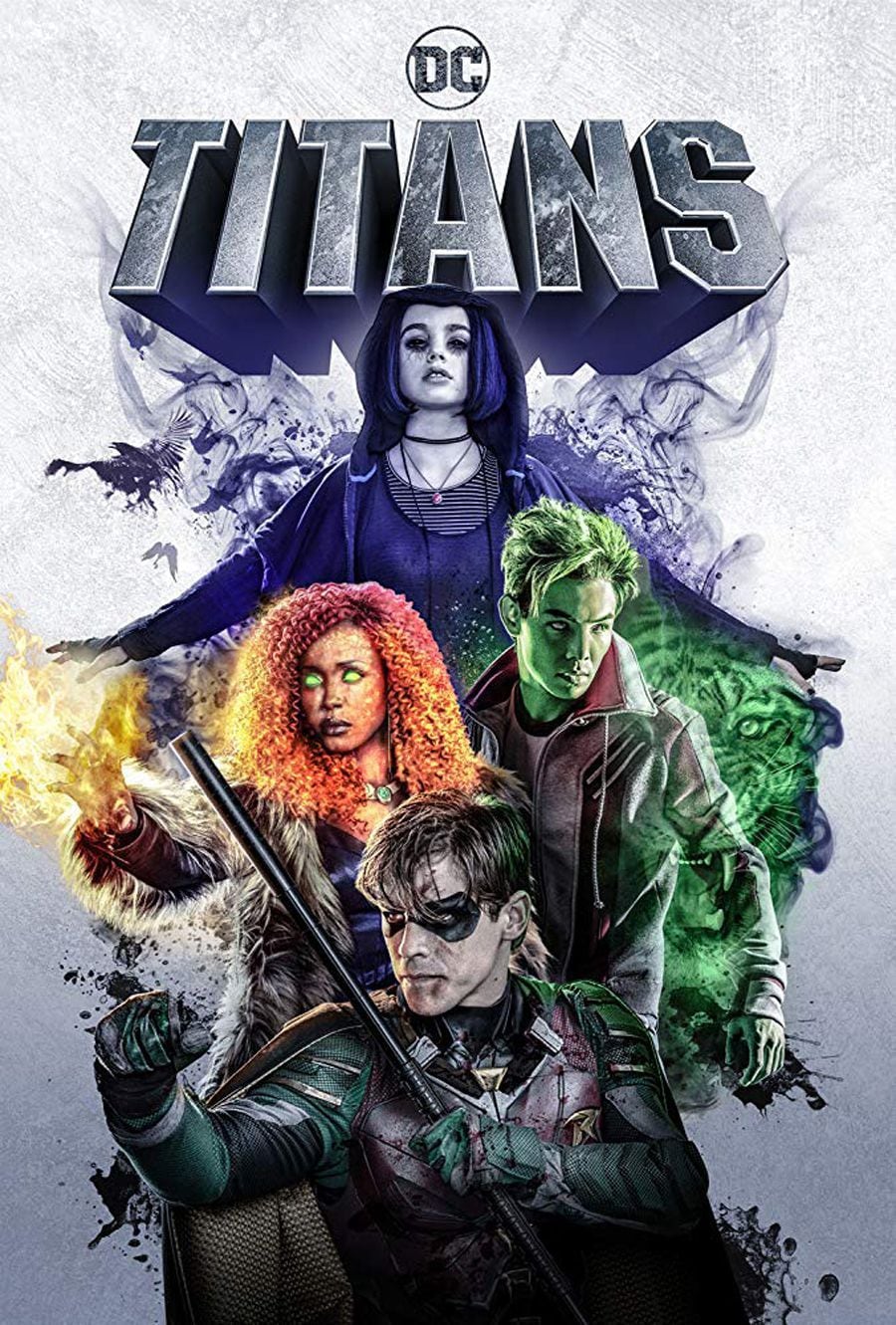 As the Titans disband to go their separate ways, Dick decides to turn to old friend and investigative journalist, Donna Troy aka Wonder Girl (guest star CONOR LESLIE), for answers. When he’s soon embroiled in her undercover investigation of a crime syndicate, he realizes that past events have taken more of a psychological toll than he previously imagined.

With things seemingly in place for Rachel to live peacefully with her mother after the apparent destruction of the asylum and The Organization, Dick decides to visit an old friend and try to discover who he is moving forward. Dick takes a trip to visit Donna Troy whom he grew up with and fought alongside with when she was known as Wonder Girl. The two of them attend one of Donna’s photo gallery events and we learn that Dick is not good with mingling and small talk. Meanwhile, Donna receives a mysterious text message that is setting up a meeting in an hour. Telling Dick to stay put without revealing why she needs to hurry out so suddenly.

Meanwhile, the rest of the team are on a train to Ohio to reach a house that Rachel’s mom has had in her family for some time and they hope to use it as a home base for whatever comes next. With Rachel and her mom spending some time together, some info from Rachel’s past is revealed regarding her father and his followers. Rachel learns that her father indeed had powers similar to hers and that The Organization intended to use her powers for their own twisted ways in tribute to her father. Kory and Garfield hang out in the back of the train but Kory notices that a suspicious man keeps watching them. She confronts the man who lies to her and says that he just thought she was hot and was interested in her when in fact the man is a federal agent who knows that she is on the wanted list.

Unbeknownst to Donna, Dick follows her to her meeting which is with an illegal poacher who believes she is interested in illegal goods and allows a meeting with Donna to show off the goods. The meeting is interrupted by Dick taking out the whole crew. Donna angrily reveals to him that she had a plan in order to take down the whole smuggling ring from the inside but Dick ruined it. Trying to salvage the situation she lays down beside the unconscious smuggler and had Dick take pictures to prove that she was taken out in Dick’s attack as well.

On the train all Hell has broken loose as Kory is suspicious about an announcement regarding the clearing of debris on the tracks up ahead. Her suspicions ring true as upon trying to leave, she encounters FBI agents coming after her. With a plan in hand she tells the others to meet her down the tracks and takes out the agents as well as most of the train car that they were in.

Dick and Donna, have a heart to heart and she tells him that if he wants to continue being a crimefighter then he should do it…not as Batman or Robin but as someone else entirely. Who, he doesn’t quite know yet. While flipping through Dick’s phone Donna notices some ancient Sumarian-like text that she asks Dick about. He informs her that it is from his friend Kory and asks if she can translate it. Not long after, they are on the road to Ohio.

With Kory and the gang back at the house owned by Rachel’s mother, Rachel offers to heal Kory if she can. In agreeance, Rachel begins the process. At the same time it is discovered that in the ancient text that in actuality Kory has been sent here to kill Rachel. Back at the house, Rachel is attempting to heal Kory when something activates within Kory who then grabs Rachel by the throat as the episode ends.

This episode of “Titans” was definitely a picker upper after the drab asylum stuff last episode. Not only are we introduced to Donna Troy/Wonder Girl (a comic book Teen Titans alumni) but Wonder Woman is name-dropped as well as the Justice League, the Penguin and some awful horrific catastrophe that was caused by the Joker that had the heroes and their sidekicks scared stiff. The line where Donna says that the Joker scares even Wonder Woman is one of the best lines in the show so far and a tribute to his villainy. With the Joker and Jason Todd existing in the same universe, one can only wonder if the show will bring a live-action version of “Death In The Family” into existence. This would be uncharted grounds and I believe that the show runners would do it justice.

I liked the chemistry between Dick and Donna but I was a little disappointed that Dick would abandon the Titans again so quickly after what they went through, even so much as saying that they weren’t really a team. He’s not quite at leader-quality yet and he’s struggling to find out who the hell he even is so far but these are all lessons to be learned for him.

As for the rest of the group, this episode split time between Dick and the others evenly but his story took precedence but it was good to see Kory in charge and take action when needed although I’m sure there will be consequences for what she did to the FBI agents and the train. Her character is strong-willed and independent much like her more modern comic book incarnations. It sucks that now she’s going to be the enemy for the time being but we’ll have to see how the group fares when they go up against the most powerful member of the team and if Dick and Donna can get there in time to save Rachel and Kory.
Rating: NR
Overall Rating: