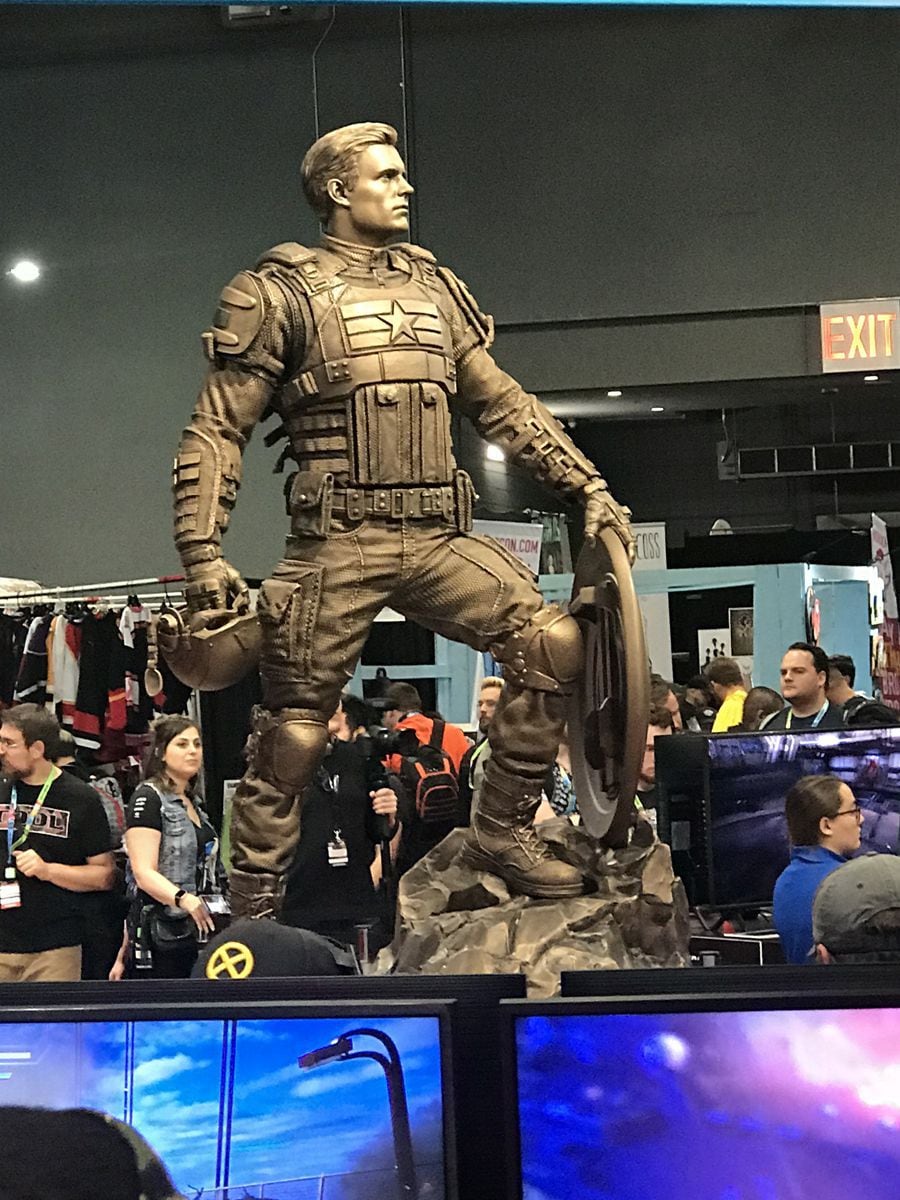 Once again I was lucky enough to travel up the East Coast in order to cover New York Comic Con for Readjunk. This is my third year in a row doing press there and things haven’t changed much in regards to that aspect other than the press area has gotten smaller yet again this year, with cosplay panels and booths taking up much of the fourth level area.

This year there wasn’t as much of the DC/Warner Bros. Home Entertainment stuff going on during my few days there but I was able to chat with some vendors including Arcade 1Up as well as check out a fan experience for Amazon’s sci-fi series “The Expanse” and cover some IDW Comics panels.

The day started out with our new tradition of breakfast at the Starlight Diner before a long day of walking, sweating and geeking out. After breakfast we got to go on an early morning hike in order to enter the Javits Center. This year there were security gates outside of the main entrances that blocked people from crowding the traffic. There were a few staff members outside holding signs and directing people where they needed to go according to your badges but they weren’t doing a very good job of understanding that the Javits Center was right behind them and not three blocks to the west and two blocks south. I knew where my usual press entrance was so I completely ignored their directions and quickly discovered their lack of knowledge in regards to the Blue Crystal Palace entrance. I was able to get in within a few minutes of the doors opening but my friends weren’t so lucky. For whatever reason, they had to go on a tour of lower Manhattan in order to get to the next door down from me. It took them nearly an hour to gain entrance with one of them missing a panel that they were hoping to catch. It was ridiculous to say the least. Maybe next time they’ll hire staff who knows that the big shiny building behind them is where the convention is being held.

After the entrance debacle I was able to scope out the locations of the booths that I needed to meet at. The Arcade 1Up booth was easy to find with their giant 16-foot tall Marvel Super Heroes arcade cabinet as well as the dozens of attendees gathered around their smaller retail arcade cabinets. It reminded me of my teenage years at the local mall arcades as everyone was huddled around games like Street Fighter, Mortal Kombat and Teenage Mutant Ninja Turtles. I had a little more trouble trying to find the oddly numbered booth for “The Expanse” fan experience until I realized it was one of the main lobby locations. I had hoped to chat with someone at the Topps booth regarding their digital card collecting apps but no one was available at the time. I did manage to snatch a free poster each day I was there for being a current player on the “Marvel Collect” app. Lastly, I got a little lost trying to find the smaller panel rooms in order to cover the IDW panels. I had assumed that their panels were to be held at some of the larger panel rooms but they were actually in a hotel conference room sized one right next to the third sub-basement.

At the Arcade 1Up booth I talked briefly to John (Senior Vice President, Licensing & Business Department) about their current and upcoming releases. Asking about how they choose which licenses to obtain, he mentioned that they mostly listen to the fans on what they would like as well as personal preferences. Games like Mortal Kombat, Street Fighter and Teenage Mutant Ninja Turtles as well as classics like Galaga and PAC-MAN were obvious choices while a game like Rampage was more of company selection. While he mentioned that most licenses are fairly easy to obtain, something like NBA Jam would be a lot harder to gain due to the various hoops that they would need to get approval from such a the NBA Players Association, Charles Barkley and other individual NBA players of the time that had personal licenses for their own video games. He said that it’s a possibility but not at the time.

Arcade 1Up was also premiering their Black Series flat head-to-head series for Street Fighter and PAC-MAN with each cabinet containing a handful of other games such as Dig Dug, Galaga and Darkstalkers. They were offering pre-orders of these cabinets for the first time as well as deals on their Street Fighter Cabinet for the convention.

My friend and fellow Readjunker Ray and I got the opportunity to go one-on-one at the giant Marvel Super Heroes arcade. It was an intense match that pitted Spider-Man (me) vs Captain America (Ray) in which I came out the victor. It was fun and weird using the oversized joystick and buttons the size of dinner plates but definitely a memorable experience.

After meeting with John at Arcade 1UP, I made my way to my first IDW Publishing panel of the weekend, which focused on some of their upcoming graphic novels. During the panel, we got to hear from creators as well IDW Editorial Director Graphic Novels & Collections and Group Editor Bobby Curnow, who is also known for his part in the popularity of IDW’s TMNT comic. They discussed the popularity of graphic novels and the ease of access for readers on a time crunch or those that travel and don’t prefer digital books. They previewed some of their current books that are receiving the graphic novel treatment such as “Canto” and previous books that are working towards another collected volume such as “Locke & Key”. The panelist gave some insight on their books as well as some fun stories and an inside look into the comic publishing industry.

Following up the IDW panel was an excursion through “The Expanse” fan experience. “The Expanse” is a science fiction series based on James S. A. Corey’s series of novels and previously aired on Syfy for its first three seasons. After being cancelled, Amazon Prime Video picked the show up shortly after and has been preparing for release of the fourth season. The fan experience provided fans of the show the opportunity to get an up-close-and-personal look at some of the costumes and props of the show as well as the opportunity to take a tour of the Rocinante as well as participate in a photo booth experience. We also received a custom mug as a thank you for participating. Fans of the show surely found plenty of Easter eggs during the fan experience but there wasn’t much information on the show for those that may be new to it or interested in checking it out.

Closing out Thursday at New York Comic Con, we walked around the show floor, took some pictures of cosplayers, booth displays, props and plenty of other cool products and merchandise. We ended the evening with another ongoing tradition by checking out the “Joker” movie in the AMC Theater in Times Square. Friday will find me back at it with the opportunity to meet one of my biggest comic book influences as well as one of the coolest, hardest working and most likeable geek girls in the movie industry. But that’s another story for another recap… 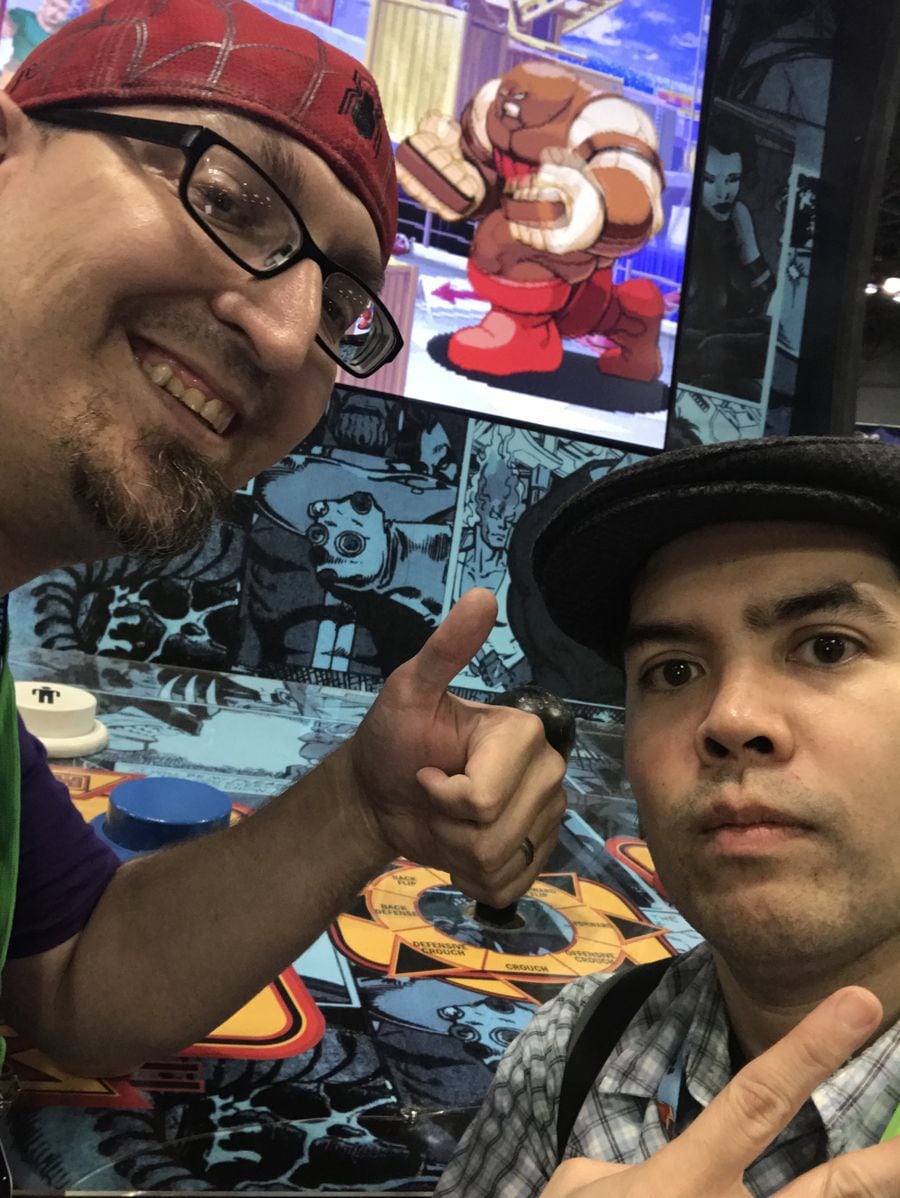 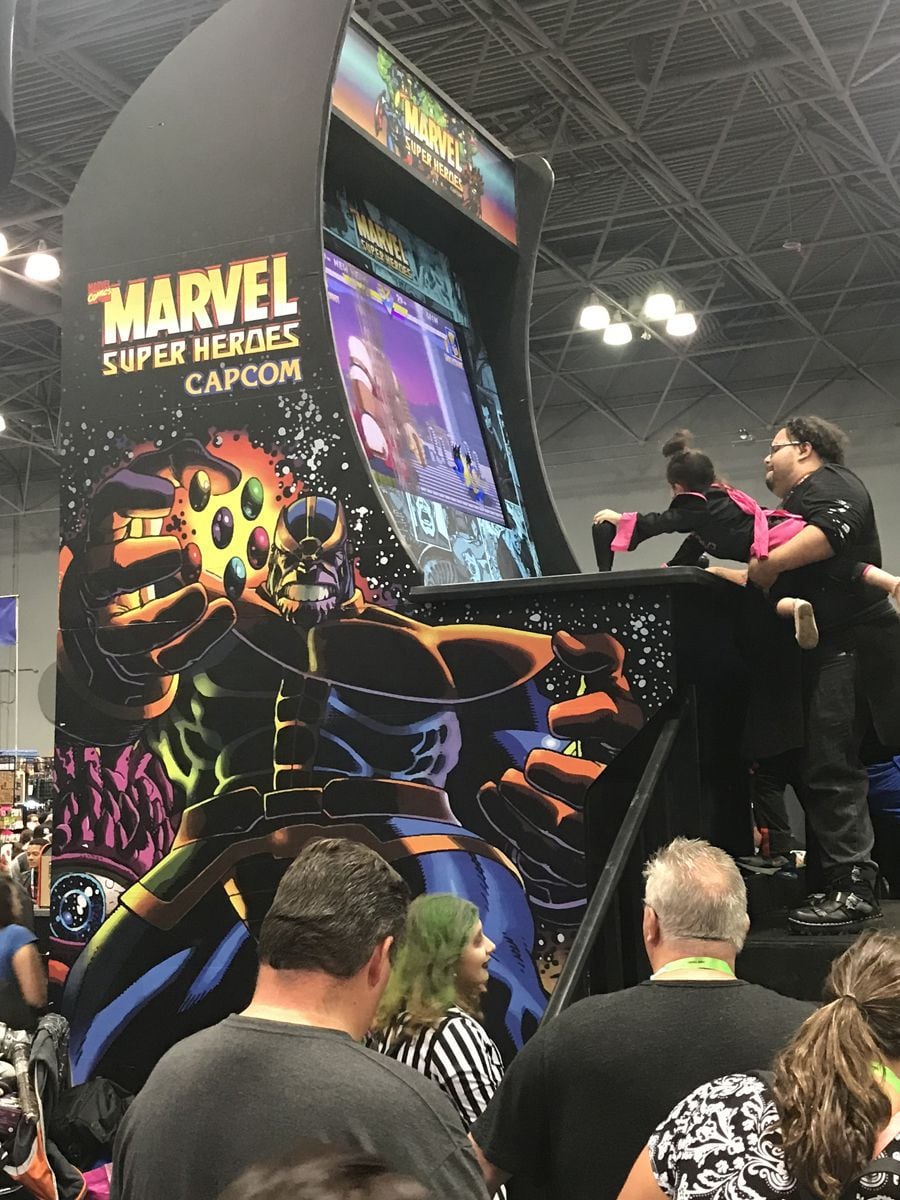 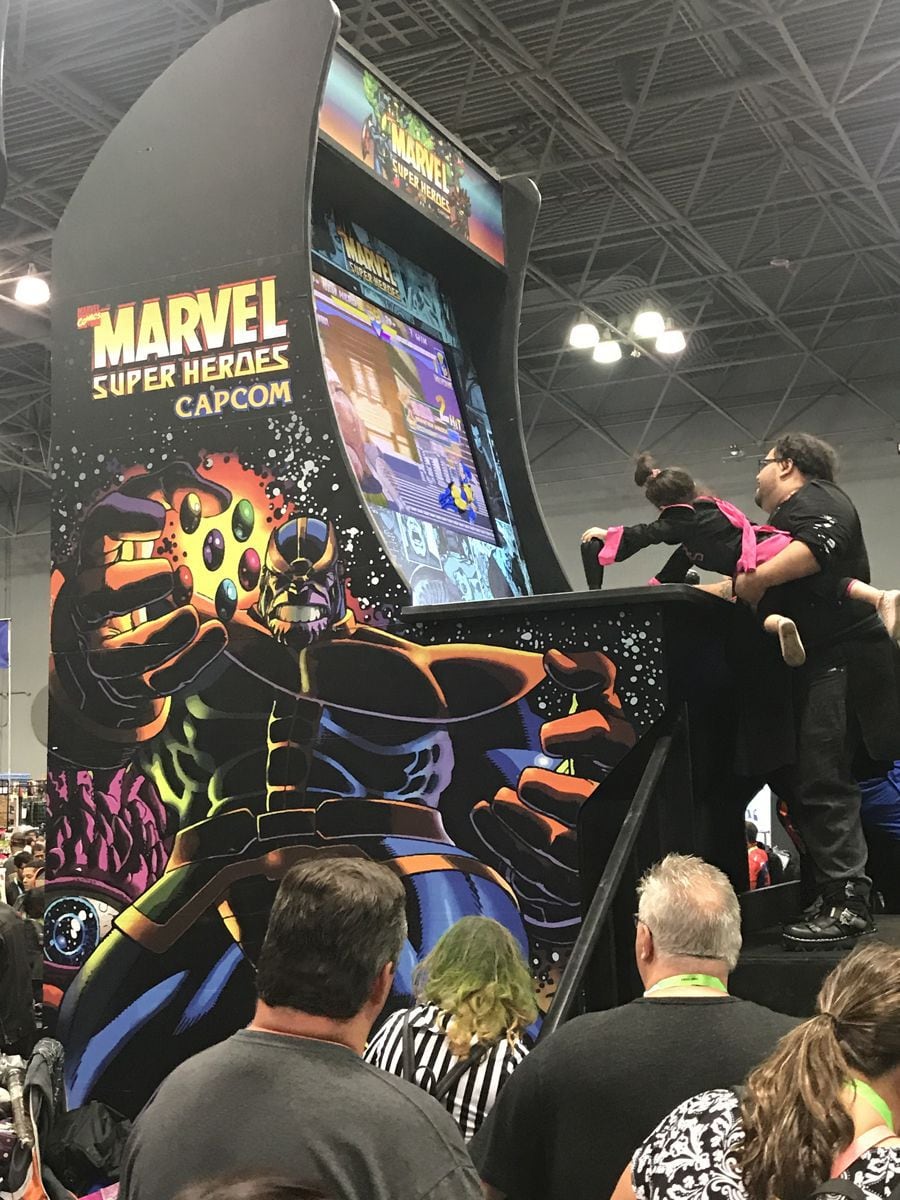 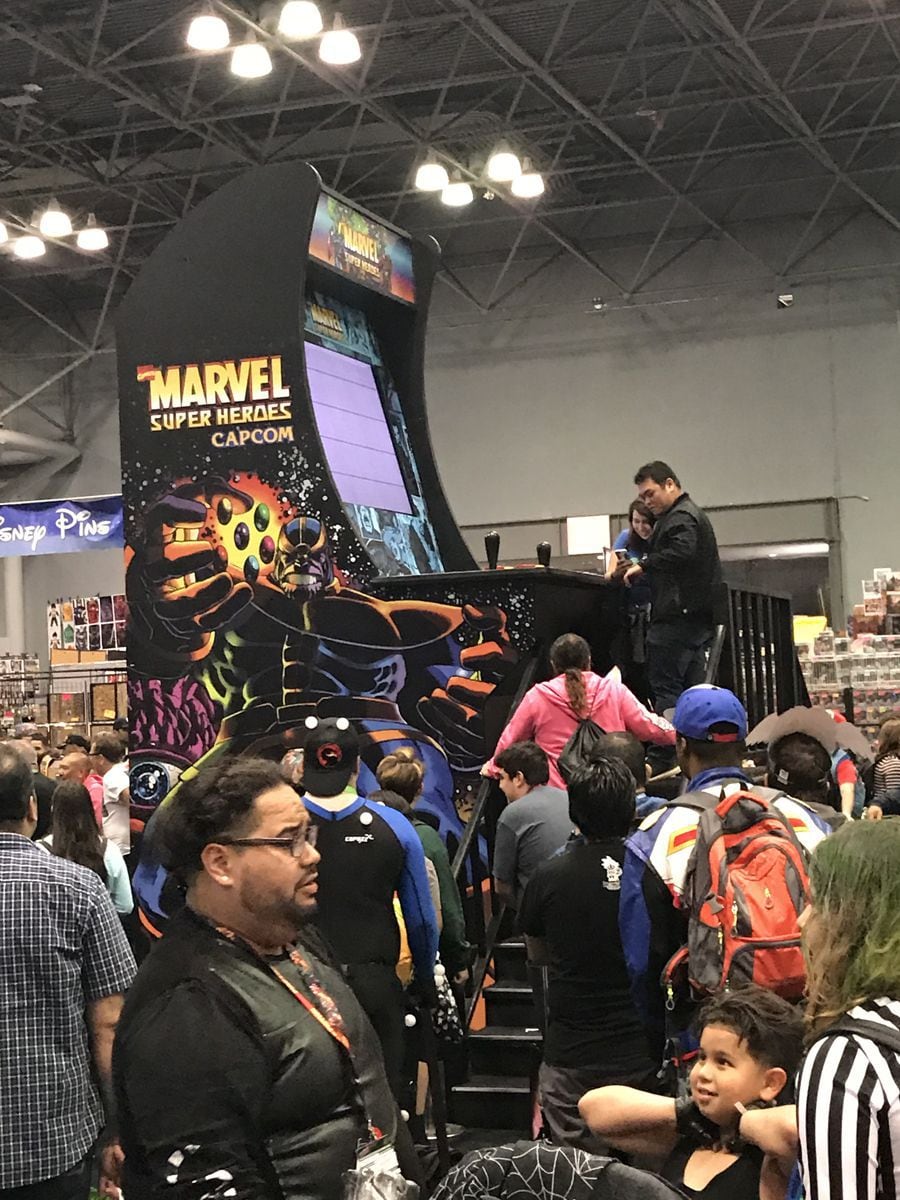 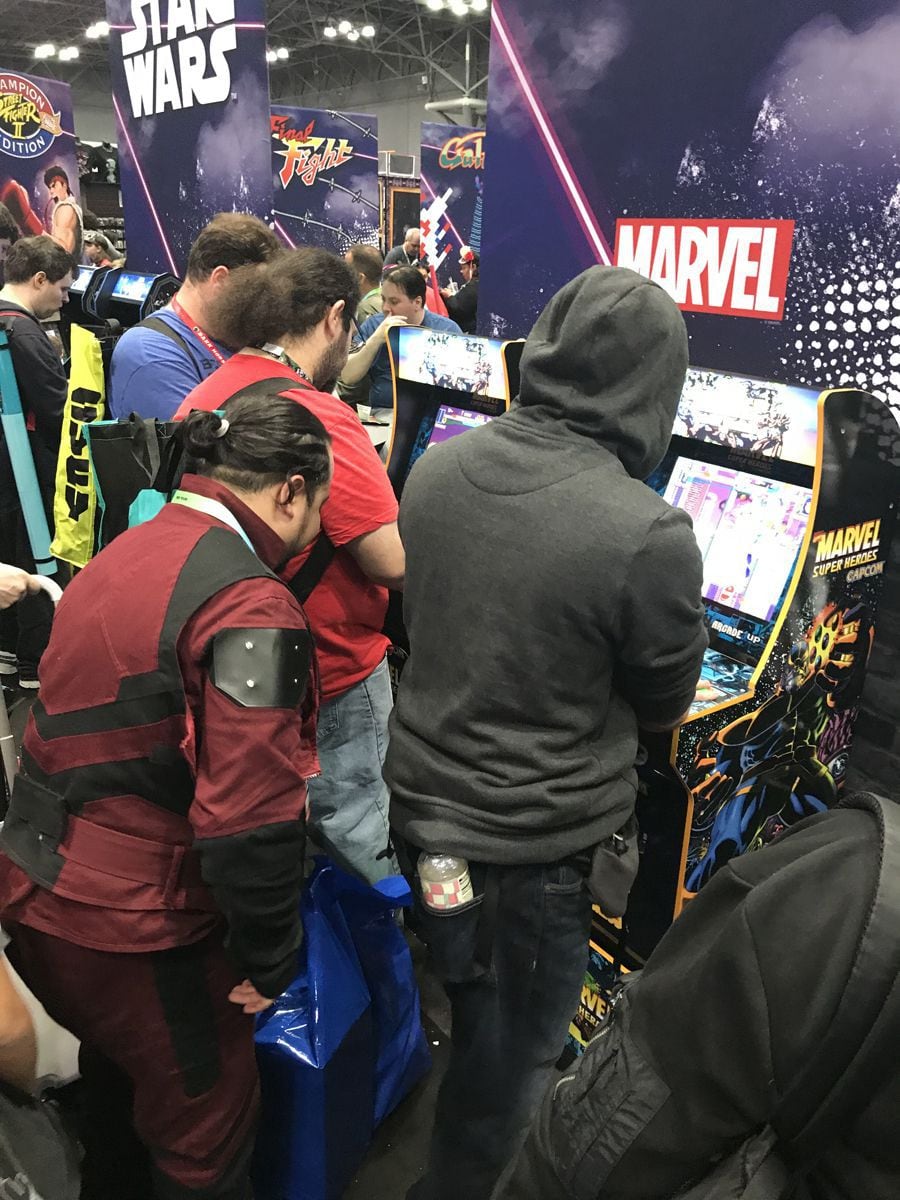 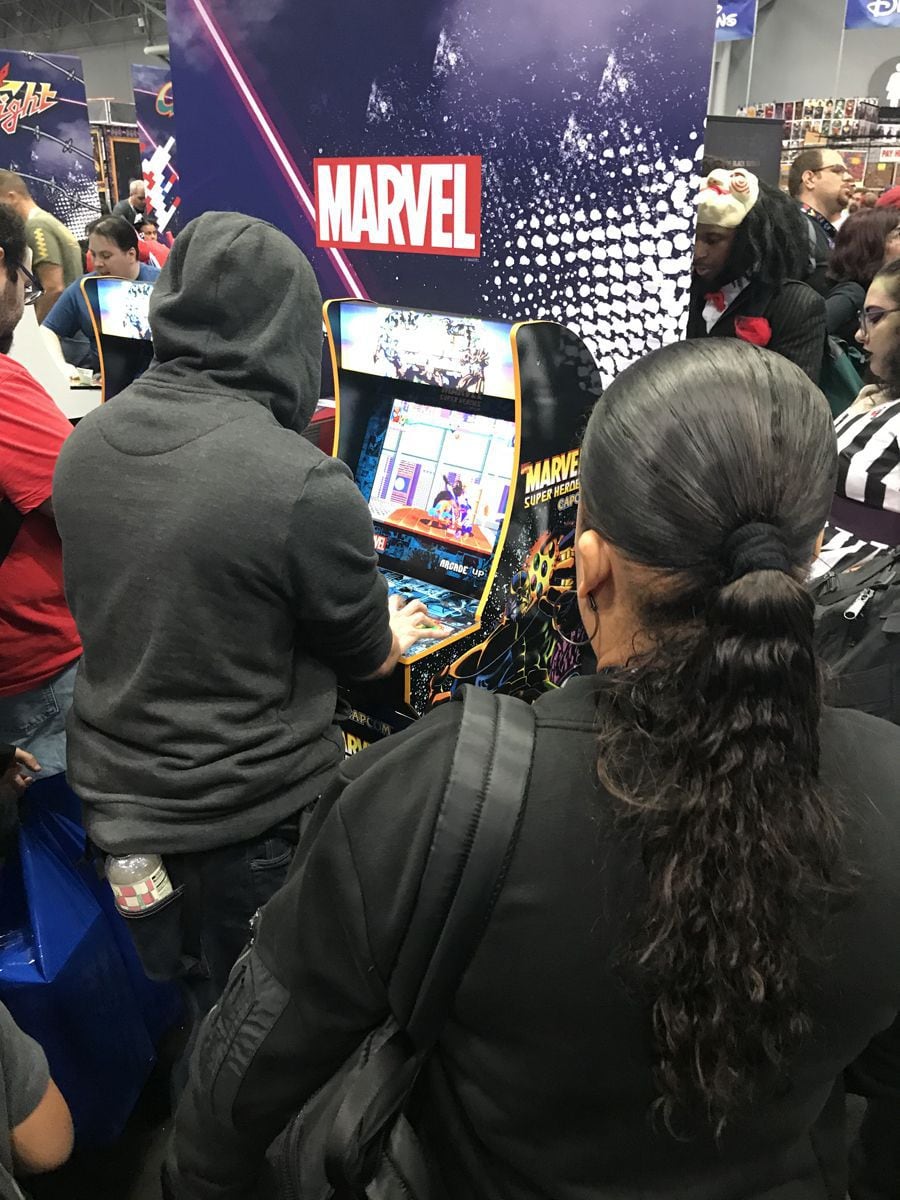 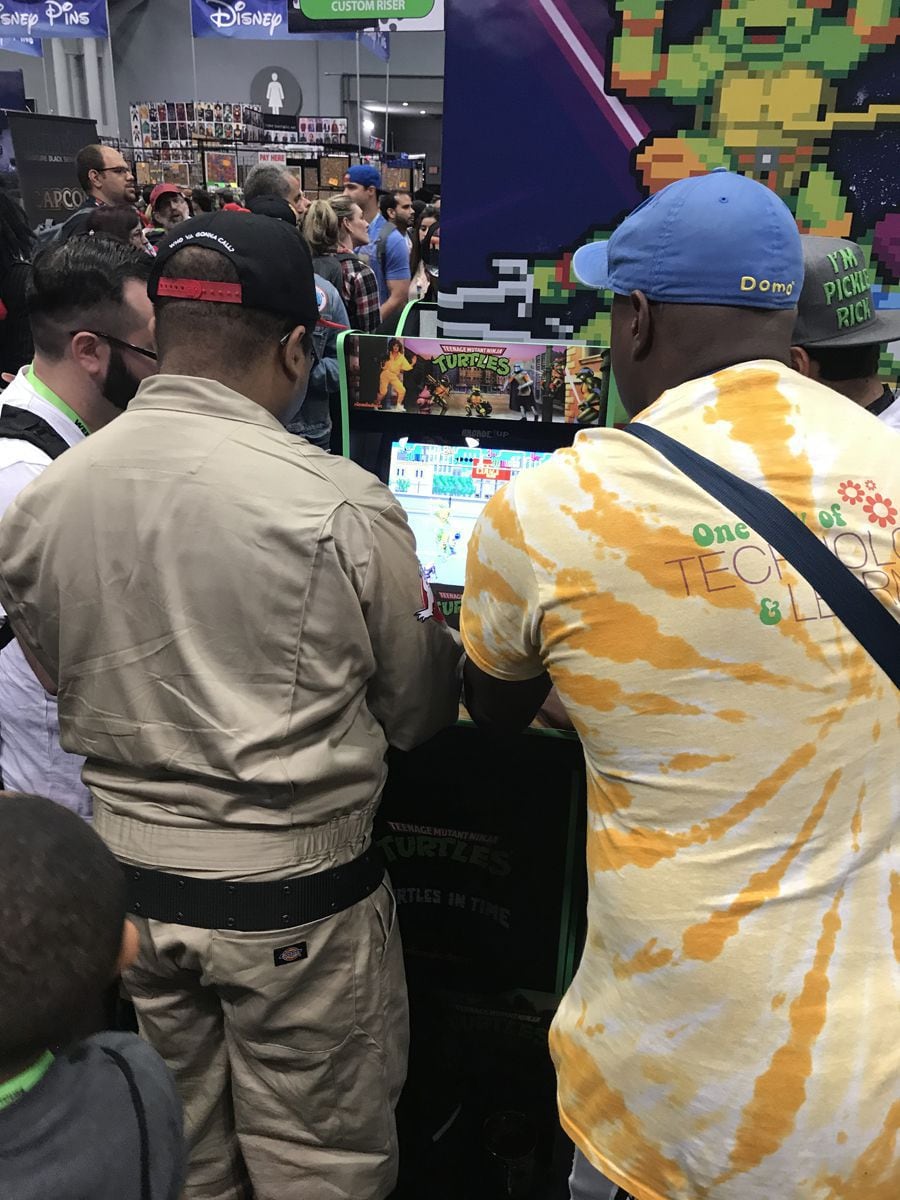 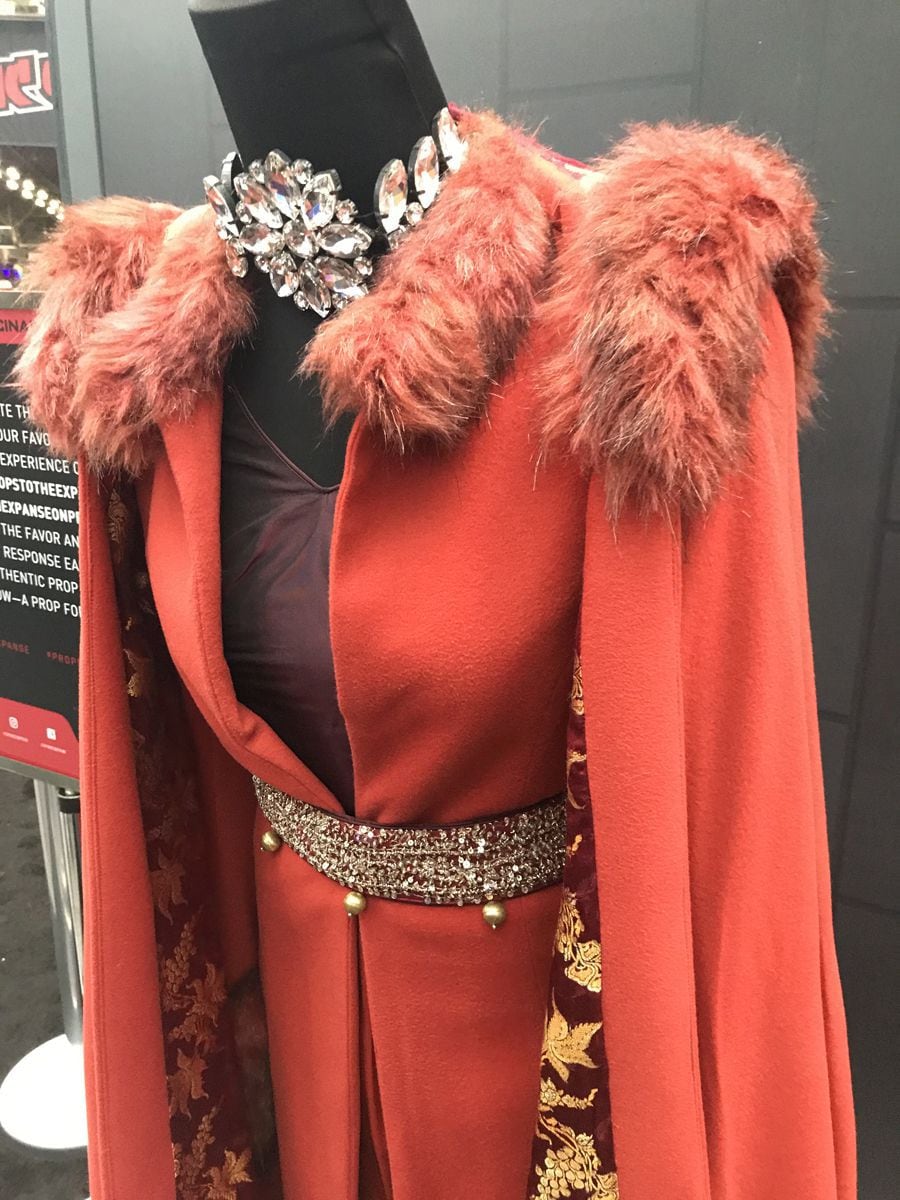 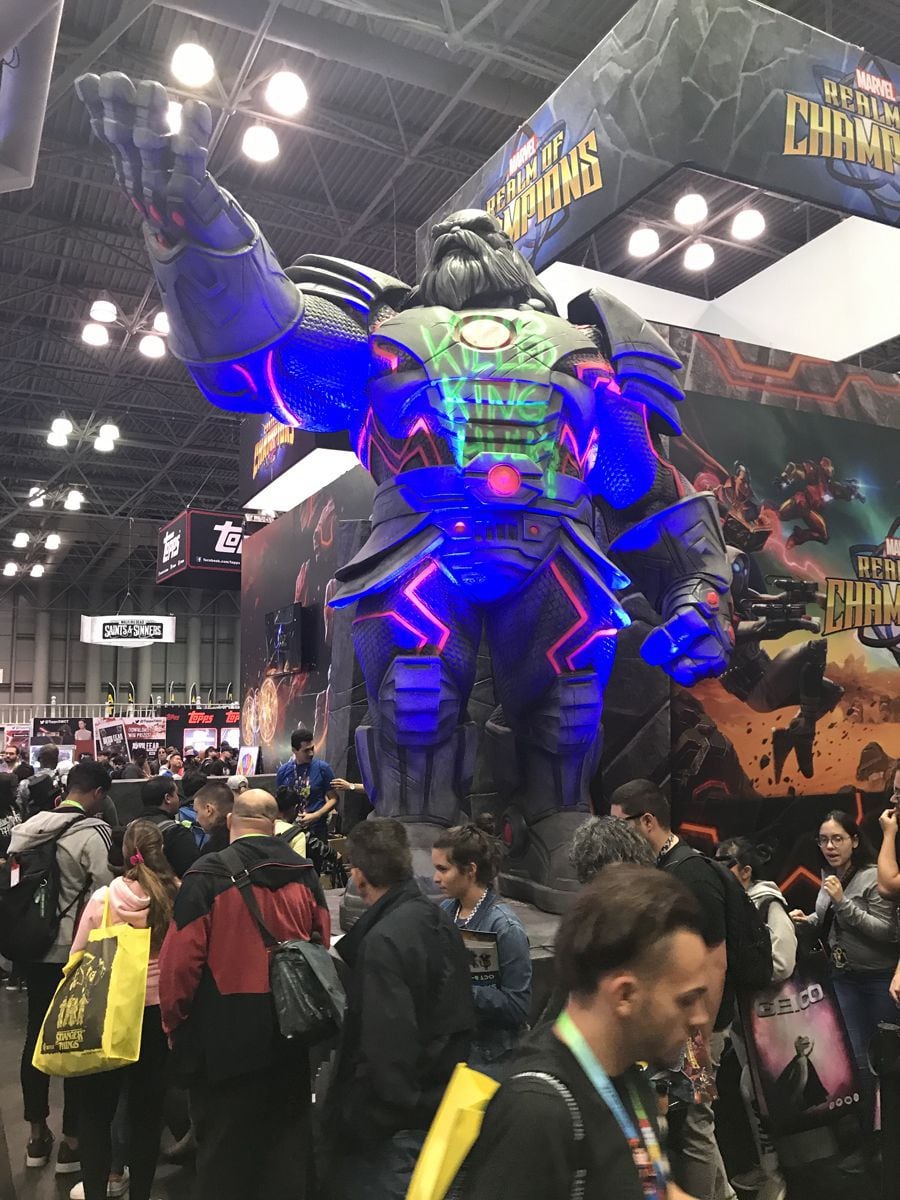 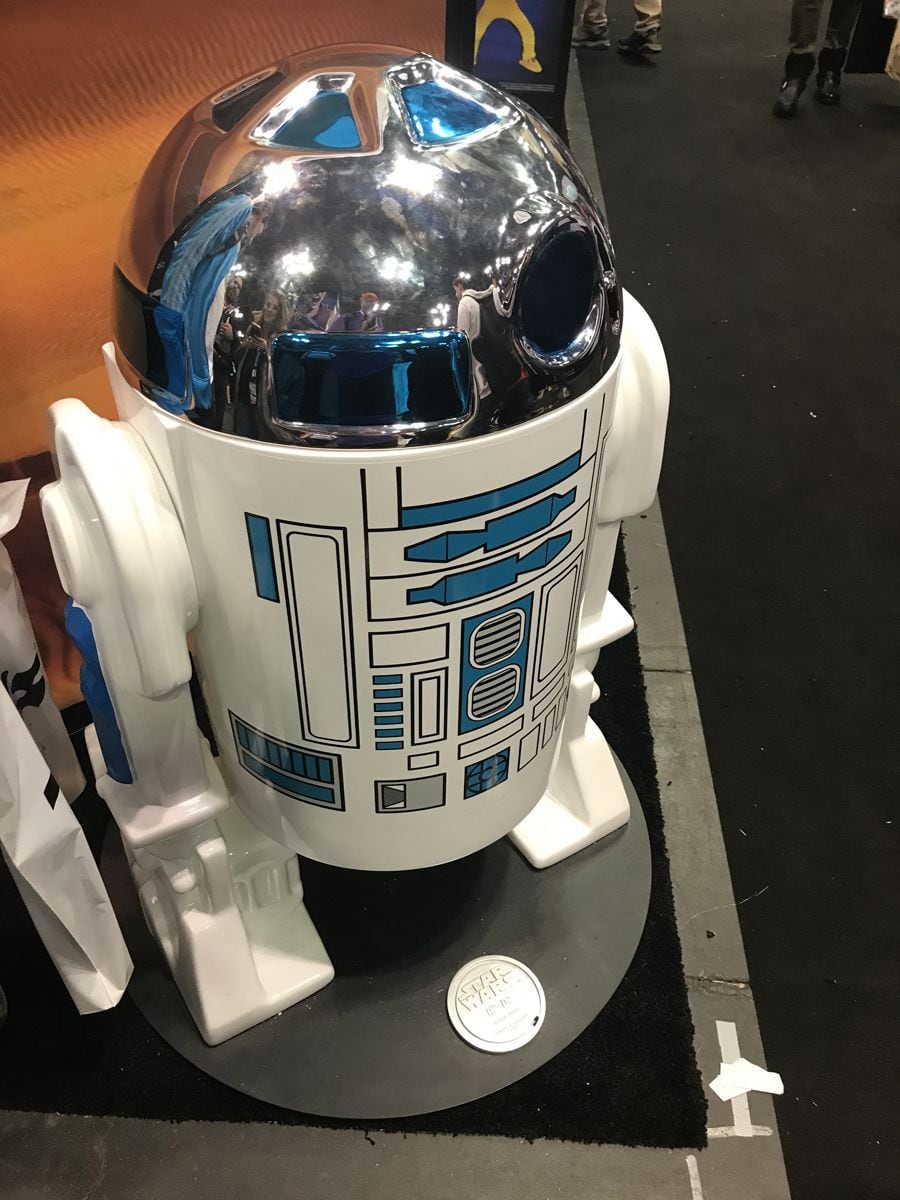 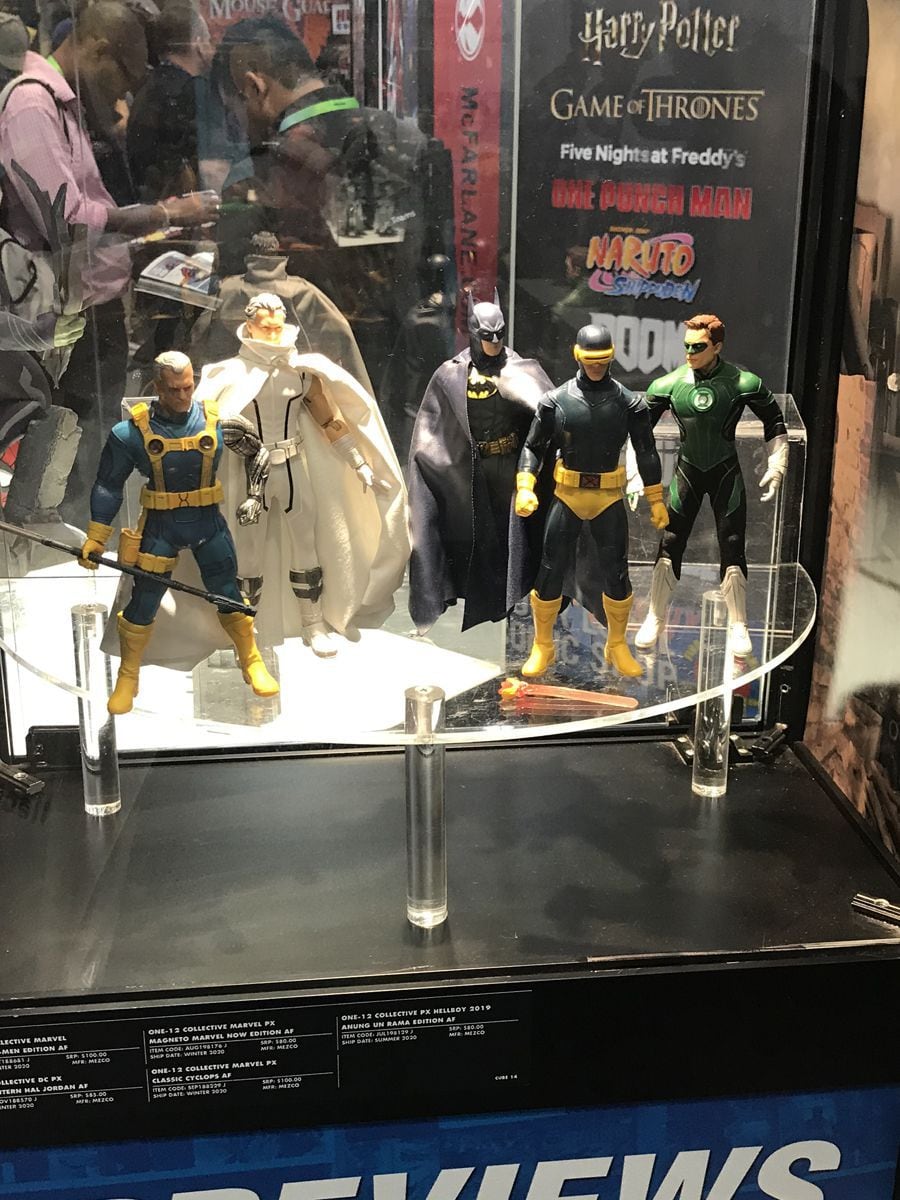 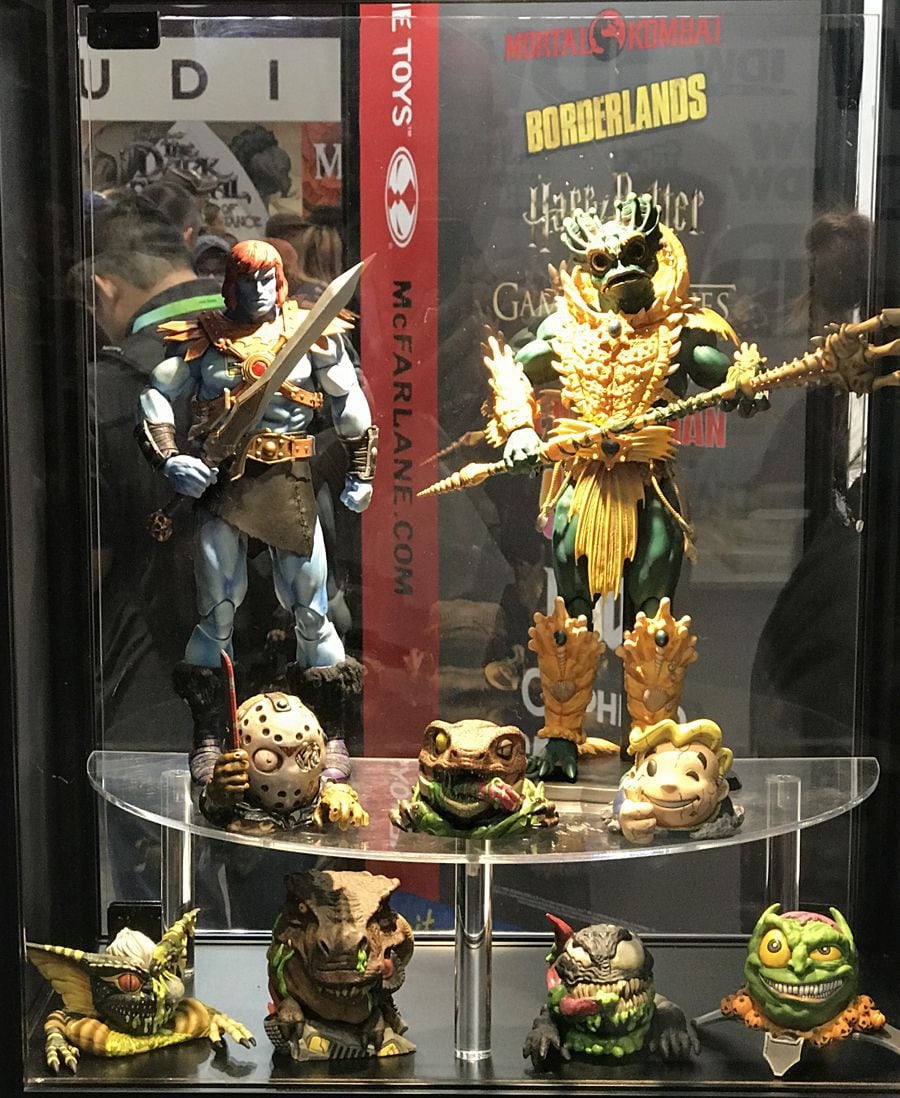 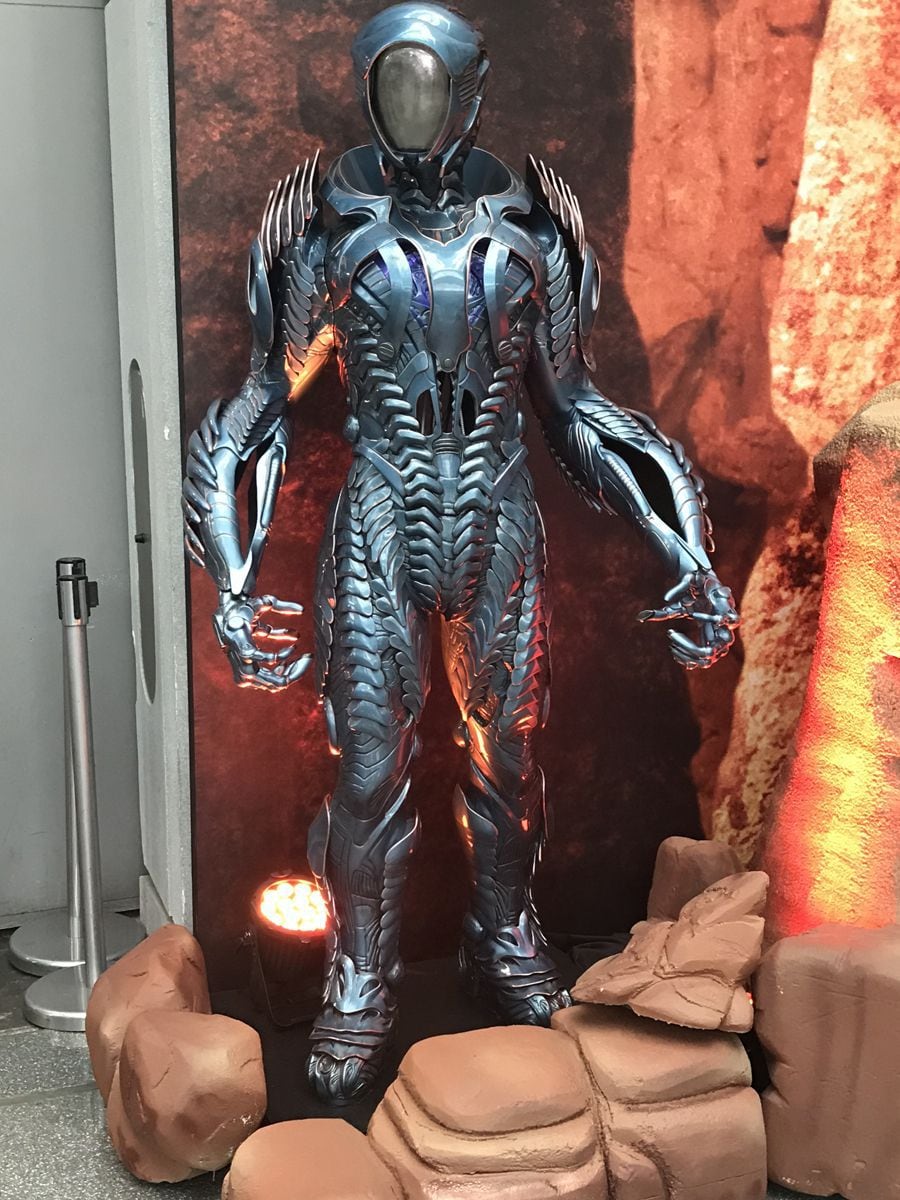