Good Omens had a decent amount of stuff at New York Comic Con this weekend. There was a panel, display on the floor, and other things and the artwork and trailer premiered today. It’s Michael Sheen and David Tennant as angel and demon, showrunner Neil Gaiman, directed by Douglas Mackinnon and features other people. Based on the trailer, the show is now on my radar!

Amazon Studios today released the first teaser trailer for the highly-anticipated series adaptation of Good Omens at a panel discussion at New York Comic-Con, alongside poster art and never seen before images.

Fans at Comic-Con were given the first sneak-peek of series – a dark, comedic story set in modern day Britain that centres on the stoic and sensible angel, Aziraphale (played by Sheen) and the suave man-about-town demon, Crowley (played by Tennant) as they join forces to prevent the coming of the Apocalypse.

The series will premiere in 2019 exclusively on Amazon Prime Video in over 200 countries and territories. 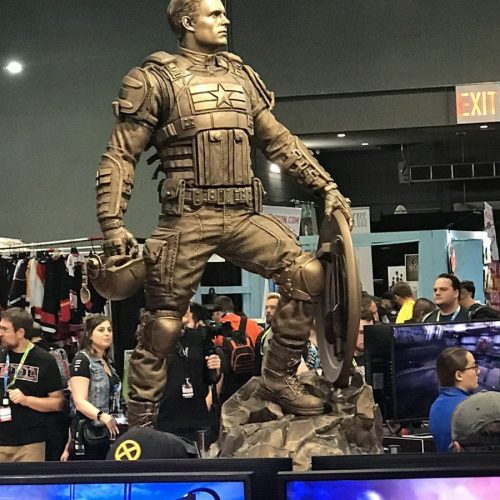