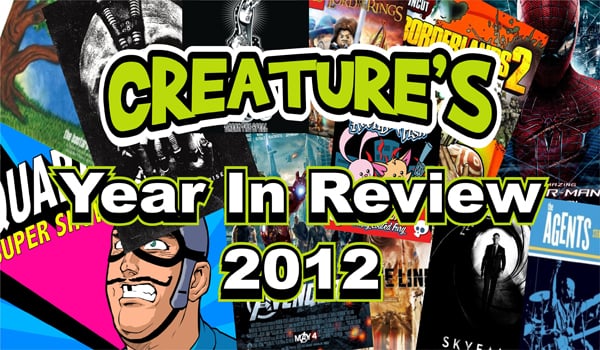 I’ll start out by saying that I lived a very sheltered life in 2012. I don’t get out much and I have this knack for hating things that everyone else seems to like. I don’t do it on purpose…honestly. That’s just the way I am. Therefore my list is narrow-minded and unorthodox. Enjoy! Or not… 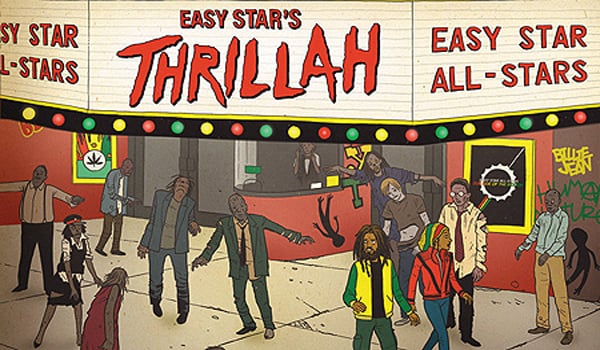 My Favorite Albums of 2012 In No Particular Order
The Agents-Steady Forward
Jaya the Cat-The New International Sounds of Hedonism
Green Day-Uno
Easy Star All-Stars-Easy Star’s Thrillah
The Supervillains-Robots EP
Less Than Jake-Greetings and Salutations
Reel Big Fish-Candy Coated Fury
The Insyderz-The Sinner’s Songbook
The Bastard Suns-Band For All Seasons Vol. 1-4
Lee “Scratch” Perry-Humanicity
Big D and the Kids Table-Built Up From Nothing: The D Sides
Slightly Stoopid-Top of the World
The Offspring-Days Go By
Voodoo Glow Skulls-Break The Spell
Let Me In-The Bag
Private I-EP
Ben Dumm & the Deviants-S/T

Since I don’t really pay attention to what new albums are coming out in 2013, here’s a list of music related things that I hope I don’t see in 2013:
Anything new from No Doubt, Weezer and the Foo Fighters…ever
Another sucky NOFX album
The Grammys
Mashups of anything
Mashups with anime clips
Gangnam style…whatever it is I initially thought it was Gundam style…which wouldn’t be any more acceptable
Carson Daly living to see 2014
Music related TV shows with people that try to sing like Christina Aguilera
Kanye West
People saying that Whitney Houston’s death was tragic
Musical Holograms
Another boy band reunion
Another Ice-T TV show
Dubstep

My Favorite Movies of 2012
The Avengers
The Hobbit: An Unexpected Journey
Skyfall
The Amazing Spider-Man
Marley
Wreck-It Ralph
Frankenweenie
The Dark Knight Rises
The Three Stooges

Nitpicky Things That Annoyed Me in the Movies of 2012
The Hulk as comedy relief in the Avengers
Batman going missing for another decade in a Nolan film…Batman was only around for about 2 years total in the entire franchise!
Teasing the dragon for the entire Hobbit movie only to make me wait longer!
The Lizard looking like a rip-off of Killer Croc
Ben Affleck still getting work
Nicolas Cage still getting work
Samuel L. Jackson not getting more work…he should be in everything!
Having to hear Sarah Silverman’s voice in Wreck-It Ralph

Movies I’m looking Forward To In 2013
Oz: The Great and Powerful
Iron Man 3
Star Trek Into Darkness
Man of Steel
World War Z
Kick Ass 2
The Wolverine
Sin City: A Dame To Kill For
Thor: The Dark Worlds
The Hobbit: The Desolation of Smaug

Biggest Gaming Disappointment of 2012
The loss of Nintendo Power and Game Pro magazines. It’s a shame that magazines aren’t what they used to be. I blame the internet. Damn you Al Gore!

Favorite TV Shows of 2012
Since I only watched four shows on TV here they are:
The Aquabats! Super Show!
Storage Wars
Black Dynamite the Animated Series
Call of the Wildman

My Favorite Comics of 2012
2012 wasn’t that great of a year in comics in my opinion. Both DC and Marvel were doing nothing but retooling and revamping their entire universes and it was a big turnoff for me. Instead I found myself digging into the indie scene once again. Most of my favorite books came from some great people that I met in the convention scene. In no particular order here are my favorites of 2012:

2012 was also the first year that I got out in the “scene” and did some conventions to promote my own comic book “Creatures of War”. Here are some things that I learned/experienced/witnessed at the conventions.

People will dress up as anything…no matter how terrible and ridiculous it may seem.
Some artists view other artists as competition…those same artists take themselves waaay too seriously.
Stan Lee is expensive to bring to a convention…but worth every penny!
There are lots of cool, like-minded indy creators.
I can make money on my comic books!
Mark Tierno (Day of the Dead, The Mercury Men) is one of the coolest celebrities ever!
Not everyone likes Batman.
Everyone loves Stan Lee.
People love selling artwork of licensed characters that aren’t their own.
People love buying artwork of licensed characters more than they love buying original artwork.
Some artists that I looked up to are major dicks.
Some artists that I looked up to are more awesome than I could have imagined.
There is an awesome and supportive local geek community in my hometown.
People don’t want to help you do artwork.
Wrestling and comic conventions apparently go hand in hand.

That’s all folks! Thanks for reading and here’s to a happy and healthy 2013.