Moneen are considered the Rush of Emocore. Was your Toronto power rock brethren an influence?
Kenny Bridges (vocals/guitar): Well, if I ever started sounding like Geddy then that means someone has already kicked me in the crotch for the reason that I tell people, “If we ever sound like Rush…kick me in the crotch.”

Is Moneen hot or not? Go here – http://www.hotornot.com/m/?keyword=moneen
So I went to the site and I felt kind of dirty…It felt like the girls knew that people were looking at them…so I cannot tell if we are hot or not because I had to close my eyes and let my mom go through the site…but I did find this book called: Hanurilla moneen makuun: harmonikasoiton harrastajat Suomessa. by Antti Juvonen- great book. it is about the dancing doggies who wear the potato with the dim sum.

Umm.. yeah. Your music is complex, layered, multifaceted. Why? What’s wrong with just a couple of power chords and a tambourine?
Well, we tried that but we broke the tamborine and the power went out….of the chords that is!!! HA HA HA!!! We like different things…if we played normal stuff then we would be normal along with it…and Ricky Fitz would never hang out with us.

I don’t know who that is. Are you very emotional because you’re from Canada?
Canada is a very emotional place…emotional igloos with emotional moose. An emotional leader and emotional goose. We can be sappy at times, but we get angry you know…real angry…we smash stuff…ya! If you were tied up and gagged with dirty socks and made to watch your parents die..then you would go through the same emotional trauma as we did!!…Wait that never happened…Alright we will stick with the first one…we are just sappy.

You mentioned Canada. Have you ever spotted Bigfoot?
Is Bigfoot Canadian? If so then…umm, yes…yes we have. He actually is not an animal, just a dude who rolled through some furry dirt.

Would you rather drink a cup of your own sperm or a quart of someone else’s urine?
I am very scared by this question…not because of the question though…but because I really can’t decide.

What’s a song you’d love to cover, but the rest of the band is like “no way”?
Since I don’t know how to play any other songs all the way through (not to mention our own songs), if I could play through any they would be happy for me. I can do a mean rendition of the titanic song…near far where ever you are…oh celine…a bany would have broke you.

Who in the band is most likely to die from an STD?
What the hell is that???? Well I hope any of them..I mean anyone but me…I mean no one…oh my!

Who would you rather spend a day with: Ian Mackaye or the TATU girls?
Now here is question! Well…both would be great to hang with… On one hand…I could learn alot about the way of the straight edge and punk rock from mr mackaye which would be amazing…but think about what I could learn about girls from just watching them make out for an afternoon!

Who do you think will win American Idol tonight? (This interview was conducted in mid-May)
Ummmm…well I wanted Broadway Mcgraw to win but I knew the brotha would do it…he has soul that no skinny white boy could ever feel!

Tell us about the one that got away.
I got her back.

I want to be cool. I will buy your record.
Thanks yo!!! That was a lot of fun..I like fun…Keep in touch let me know when this gets put up. great questions…crazy man.

Moneen’s new album “Are We Really Happy With Who We Are Right Now?” drops June 17 on Vagrant Records. Visit Moneen at here

Moneen To Perform First US Shows in 5 Years 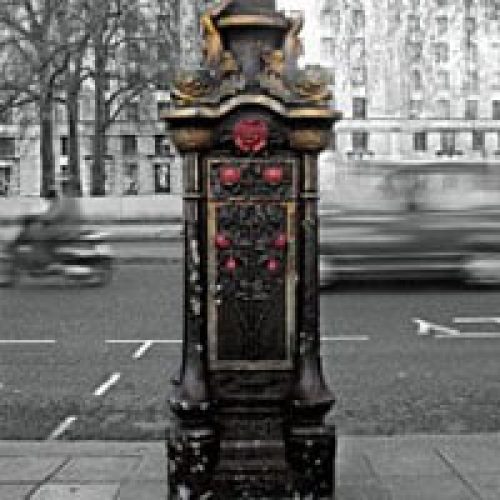 Moneen – “The World I Want to Leave Behind”