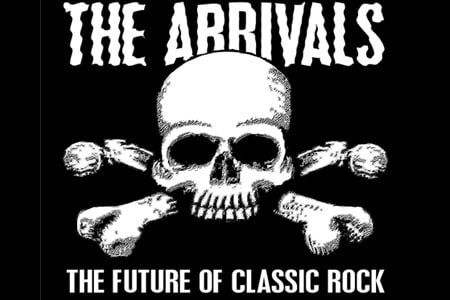 I like your band. Do you like me?
Dave (guitar): I will not circle yes or no. We’ll leave this real ambiguous like. Then you’ll want us more.

Will you dedicate your next album to me?
The album’s already done, so no. The dedication was taken care of. No, adam.

In exactly 10 words, describe yourself. And without any word count limit, describe me.
Me: the kind of guy you’d like to have sex with.
You: although he’s a visionary in the field of music journalism, adam is an idiot savant. That music journalism thing is all he’s got. He doesn’t even dress himself. He has a lasso over his shoulder going down around his penis that one of his many assistants tug on from behind to shake him off after he pisses.

When you’re done with your tour, do you guys want to come over and hang out? I have video games and Tostitos. We can watch old episodes of Get A Life and listen to Rush.
First, no tostitos without shitloads of cheesy and spicy toppings, but besides that, yeah. Do we have to bring the weed? Because that sounds like a stoner party to me. If we do, then no. We’re always broke.

The Arrivals’ smokin’ new album Exsenator Orange is on Thick Records. Visit the band at www.thearrivalsrock.com.