The new Suicide Squad trailer that aired during the MTV Movie Awards looks pretty damn good. They are trying to make the movie less dark it seems and more enjoyable. The new cut of the trailer shows that, mostly set to “Ballroom Blitz.”

We’re reminded over and over, that these are bad people going after even badder people (The Joker and/or Cara Delevingne’s Enchantress?). It seems like a great concept for a movie, and even though I haven’t seen Batman vs Superman I still want to see this one. Are they directly tied together? I guess so considering there’s footage of Batman going after the Joker.

Of course for me the main sell is Margot Robbie’s Harley Quinn, but we also get more lines from Will Smith as Deadshot, more scenes of Adewale Akinnuoye-Agbaje as Killer Croc, Jai Courtney as Boomerang, and couple more scenes of Jared Leto as Joker. they are certainly keeping the Joker to limited scenes which could be a good thing. Either way, I’m intrigued and want to see this one on August 5th. 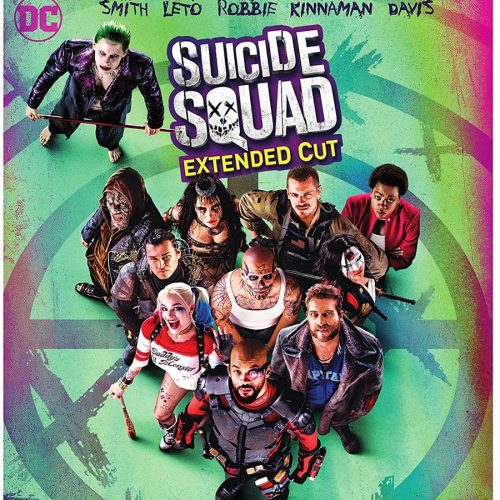