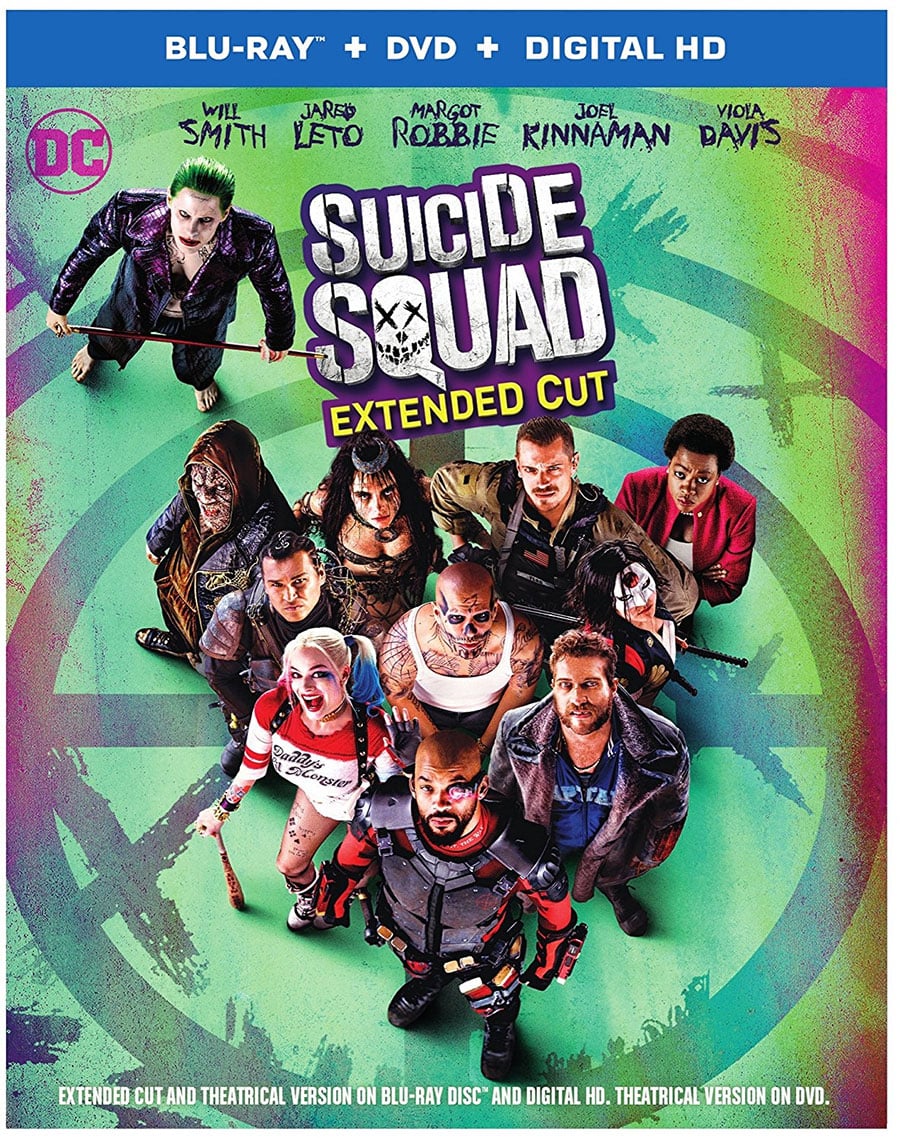 Ahh Suicide Squad, the comic book movie that would have been great if it was actually done by Marvel. While I enjoyed the premise, some of the characters and scenes of the movie, this is just a hot mess that could have been so awesome.

A team of dangerous criminals that are in prison are forced to come together as a team to fight a big evil for the US Government. The team includes Deadshot (Will Smith), former psychiatrist & Joker obsessed Harley Quinn (Margot Robbie), pyrokinetic El Diablo (Jay Hernandez), Captain Boomerang (Jai Courtney), Killer Croc (Adewale Akinnuoye-Agbaje) and others. They are lead by Colonel Rick Flag (Joel Kinnaman) to keep them in check and if any of them rebel or try to escape, they will blow up from a bomb implanted into their neck.

Besides the Christopher Nolan movies, the Tim Burton Batman movies and the old Superman movie, DC Comics hasn’t exactly been stellar. I thought Suicide Squad might change that because the trailers looked promising. What we get is a movie trying soooo hard to be liked and cool, that it’s just infuriating. When they are introducing you to all the characters, each character has their flashy title sequence and music playing. Do you really need to display the character’s name and their traits on the screen like it’s a video game? Like Screen Junkie’s Honest Trailers said, it just feels like someone is trying to skim through the radio stations until they find a good song to play. When I saw the movie in theaters, that was one of my biggest complaints. It actually made me really mad when watching it originally, and it still does. They should have introduced the characters in a different way. But it’s not just the introductions that it occurs, it’s throughout the movie. Play a part of the song and then it stops. Were the executives just trying to cash in on some bitchin’ soundtrack? It just comes across as trying too hard.

The other thing I despised was Jared Leto’s version of the Joker. Talk about the wrong person to play the role, and what he did with it is just awful. I really believe he was the worst Joker I’ve seen on the screen. He just looks so stupid in the movie, with these tattoos, gold teeth, slicked back hair. Was Jack Nicholson too busy to revive the character? What’s also irritating is the Joker shouldn’t have even been in this movie. He was barely in the movie to begin with but he should have been just completely cut because he didn’t serve anything to the story. Whenever Heath Ledger’s Joker came on the screen, I was terrified with what he was going to do next. Every time Jared Leto’s Joker appeared on the screen, I just cringed.

Music and The Joker aside, the movie is just all the over place. There are parts of it that I liked or characters I enjoyed. I honestly would have just watched Will Smith as Deadshot because he was an interesting character. Margot Robbie as Harley Quinn was another highlight because she’s obviously sexy, and the character was fun. Although some of the stuff she did was a little forced and her accent changed with every line. I liked Jay Hernandez as Diablo and his character. Jai Courtney was finally a character that wasn’t annoying and he had a few decent moments in the movie. I like the premise that these villains have to be good but the overall plot is generic. Generic muddled CGI bad guys, CGI beam in the sky and a generic villain. When I saw the movie for the first time, I thought the Joker would have been the villain they would have had to gone up against. Thankfully he wasn’t since he sucked. I also didn’t like Joel Kinnaman, who acts so wooden but maybe it’s because his dialogue is so cringey to begin with?

The Blu-ray contains extended cuts and theatrical cuts. Mostly the extended cuts were of the Joker, and he still wasn’t needed for the story. There’s a couple of featurettes on the characters, the action sequences, a funny gag reel and a few other things. The Task Force X: One Team, One Mission was good because went into the history of the comic book, and each character. I liked the featurettes on the stunts and action, plus the gag reel was funny as well.

Suicide Squad had the potential to be a great DC comic book movie and get DC back to Marvel’s level. That didn’t happen and not sure if it’s David Ayer’s fault, Warner Bros’ fault but the movie definitely feels like there were too many cooks in the kitchen. Everybody desperately wanted this movie to be fun & cool so they crammed as many songs down our throat. Sorry, you’re not Guardians of the Galaxy! Even the star power and likeness of Will Smith’s Deadshot couldn’t help this movie. I enjoyed various parts of Suicide Squad but for the most, the movie is a dud.

Task Force X: One Team, One Mission
Squad Strength and Skills
Joker and Harley: The “IT” Couple of the Underworld
Chasing the Real
Gag Reel
& more!